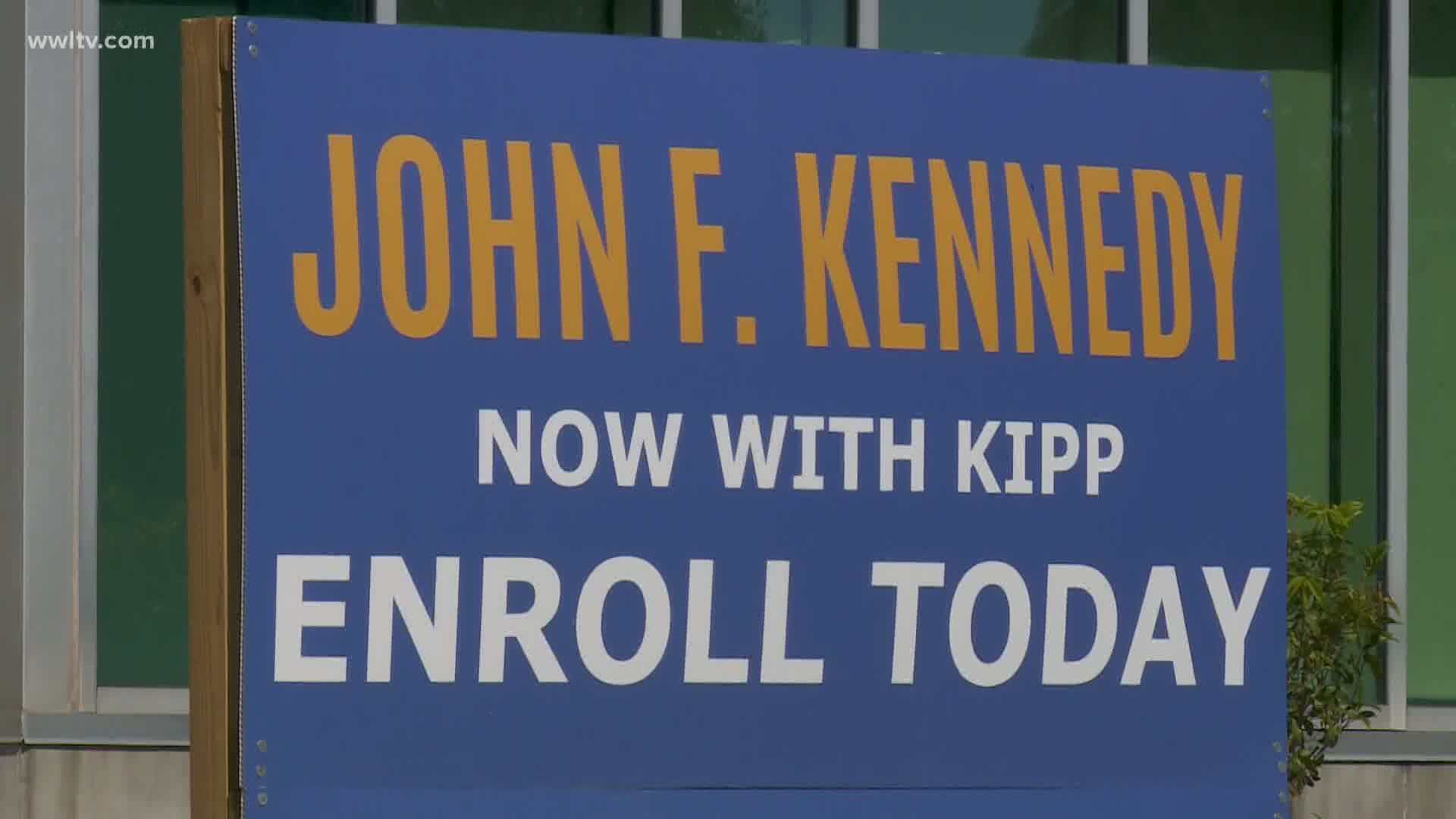 NEW ORLEANS — One year ago, Shelia Wise stood outside Orleans Parish Civil District Court, wondering why the state, the local school board and charter school leaders were still arguing about who was responsible for correcting transcripts for Kennedy High School’s Class of 2019.

Her son Anthony and about 90 other Kennedy High seniors had been assigned incorrect coursework, had their grades changed improperly by school administrators and hadn’t been notified of any deficiencies before graduation, invalidating the transcripts of about half the class of 177 students.

Dozens had to take summer school to make up for credits they were missing through no fault of their own, but months after completing that extra work, they still couldn’t get their final transcript to graduate.

“Still, these kids do not have either a diploma or transcript to move on,” Wise said, exasperated.

That was Aug. 2, 2019, three months after Anthony walked across the stage and received an empty diploma case. It took almost a full year more, until last month, for him to finally get that diploma. And it was still wrong.

“Anthony Wise finally received his diploma from Kennedy and it said ‘Class of 2020,’” said Wise’s attorney, Suzette Bagneris. “So, kids are still receiving diplomas and they have the wrong year of graduation on them.”

Bagneris represents dozens of former Kennedy students and their families who are suing the school’s former charter management company, New Beginnings Schools Foundation, and the state Department of Education.

They want compensation for their lost earning opportunities from their delayed diplomas, Bagneris said. They also want to know who was ultimately responsible for mismanaging their education. To that end, Bagneris will be questioning two former Kennedy administrators or teachers a day under oath starting Friday.

After those news reports and additional findings by WWL-TV of alleged misconduct by New Beginnings’ then-CEO Michelle Blouin-Williams, the Orleans Parish School Board revoked New Beginnings’ charter at Kennedy High and granted it to a different charter management organization, KIPP New Orleans Schools.

KIPP runs 13 New Orleans public charter schools, including three high schools. It held a special in-person, socially distanced orientation for Kennedy students and families Wednesday. It also invited the media to emphasize that it has new leadership in place that will be able to turn the page from the New Beginnings scandal, even as the court battles rage on.

“I'm more than confident that any teacher that was a part of that (under New Beginnings) no longer works here,” said Joseph Jones, Kennedy’s new principal. “But also we have a dedicated staff that are interested in making sure that students succeed.”

Some members of the Class of 2019 had to go back for another full year of school in 2019-20, only to have their graduation ruined a second time by the coronavirus shutdown.

Bagneris said the court has ordered the school and the state to turn over transcripts for all Kennedy students, not just the Class of 2019. She said several of the errors with course assignments were made during students’ sophomore or junior year, leading her to believe this year’s juniors and seniors, who were freshmen and sophomores in 2018-19, also may have been affected by management errors.

Jones said the team under KIPP is doing everything it can to make sure that doesn’t come back to hurt current students when it’s their turn to graduate.

He said he and his team are focused on rebuilding trust, not only with students, but also with the Kennedy alumni community. Kennedy alumni worked for years after Hurricane Katrina to get the John F. Kennedy name back on the high school known as Lake Area, only to find their alma mater’s name attached to one of the biggest education scandals in recent memory.

Bagneris said she sympathizes, and that’s why she’s leading the legal fight against New Beginnings.

“My father used to be the principal of John F. Kennedy, so this is personal for me,” she said. “I want that Cougar pride restored over there. And I want to see this school continue. But I want to see it continue in a way that meets the needs of the students.”

Kennedy junior Waunyell O’Connor came to Wednesday’s orientation with her mother and said she’s hopeful the new KIPP leadership will be able to turn the page.

“I see how they're acting right now towards us,” she said. “I feel like we're going to have a great school year.”