Krewe of Boo rolls after crane demolition is delayed

The 30th Annual New Orleans Film Festival also had to deal with a ever-changing schedule. 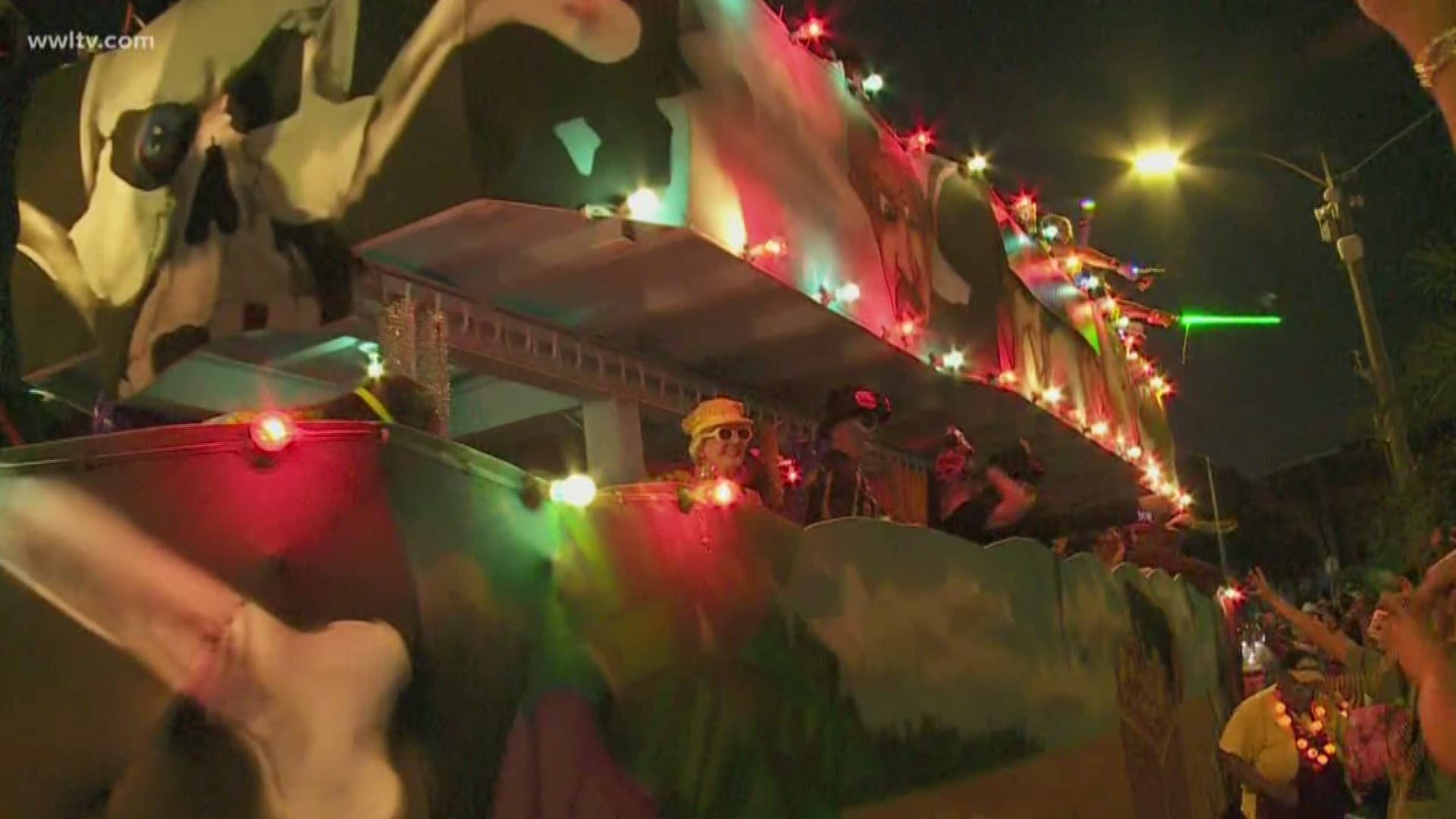 Initially, city leaders announced the Krewe of Boo was cancelled. Then, they reversed that decision after they learned the explosives would not be detonated by a demolition team until Sunday.

Some Krewes said they planned to hold a party in New Orleans no matter what happened.

“Everybody was like 'we're not rolling. let’s meet up and do something,'” said Courtney Macbeth with the Crescent City Fae. “We were all going to wear our costumes anyway.”

RELATED: Hard Rock cranes to come down Sunday, here is what to expect

Macbeth said it wasn’t clear if the parade would be rescheduled if it didn’t happen Saturday.

People who lined the street to watch the parade roll said it brought some happiness to the city during tragedy.

“It does bring a little joy because we have those people in our hearts, and prayers, but it does give a lot of people a little joy,” said June Bigard. “Knowing what’s going to happen tomorrow, they still have a lot of work to do. This gives just a little bit of happiness.”

The 30th Annual New Orleans Film Festival also had to deal with a ever-changing schedule.

Three films were scheduled to be screened in the Orpheum Theater, which is located inside the city’s evacuation zone during the demolition. One screening was shown in a smaller alternate theater, another was rescheduled for next week. Organizers learned later Saturday afternoon they would be able to hold the screening of “Burning Caine” in the Orpheum.

“We certainly refunded a lot of tickets due to the changes, but hopefully we are able to recoup that as we go forward with the screening tonight,” said Fallon Young, executive director of the New Orleans Film Society.

The film festival continues until Oct. 23, organizers are hopeful they will be able to hold the rest of their screenings without disruption.