Concession funds and a John Deere tractor are among the things unaccounted for. 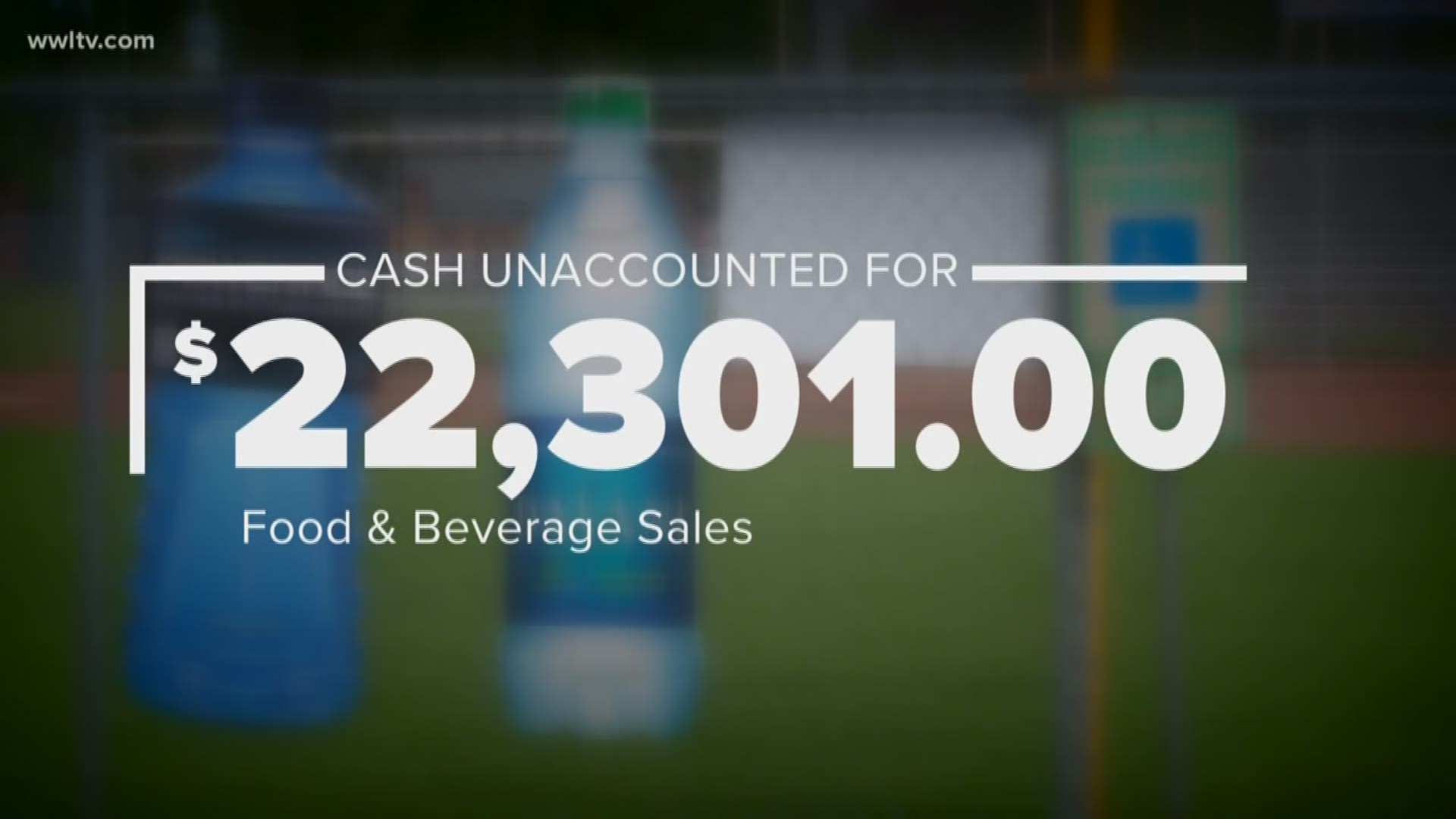 Terrebonne Parish released a damning investigative audit of one of its recreation districts Thursday, questioning District 2/3’s shoddy bookkeeping, $22,000 in concessions costs and seven missing pieces of heavy equipment, including an $18,000 tractor.

“There was shoddy bookkeeping or no bookkeeping for decades. It’s totally ridiculous that they run an outfit like that,” said Terrebonne Parish Gordon Dove, who ordered the parish’s outside auditor, Bourgeois Bennett, to investigate financial problems at two of the parish’s autonomous recreation districts in April.

The parish has 11 recreation districts that collect their own tax revenues and have their own governing boards. Residents began raising serious questions about concession revenues at District 2/3 board meetings this spring.

One analysis of public records showed the district purchased 76,260 bottles of beverages from Coca-Cola over the three years 2015, 2016 and 2017 and should have collected $152,250 in sales at $2 per bottle. But the audit released Thursday says the district couldn’t produce any concession sales receipts and only deposited $95,704 in overall concessions revenues over those three years, including food and beverages.

Gary Beeson, who was on the District 2/3 board for 34 years and served as chairman for at least half of those years, told residents he wanted to wait for the audit to explain the discrepancy. But over the summer, he and the other members of the board were replaced by the Parish Council.

Interviewed by WWL-TV Thursday after the audit was released, Beeson said he hadn't had time to review it.

The Houma Times reported in April that a former District 2/3 employee, Ray LeCompte, said there were no receipts for cash sales at the concession stands and he would take the cash home to his safe until he collected enough to deposit into the district’s bank account.

Dove said that violated the parish's accounting policies. But Beeson said the board took no action against LeCompte.

"You trust the people who work for you. The guy had been with us for 34 years," Beeson said of LeCompte.

The auditors also selected 43 capital assets – such as tractors, pitching machines and landscaping equipment – and went to park district facilities on Aug. 22 to inspect them. Seven of those items could not be found or identified, including a John Deere tractor the district purchased in 2015 for $18,376.

“There’s definitely money and items missing and someone will be held accountable and have to answer for this,” Dove said.

The Houma Courier already reported that a district employee, Daryl Karpinsky, pocketed payments from travel teams to let them use the district’s Westside Girls Softball Complex when it was closed. Karpinsky told the newspaper he is being investigated by the State Ethics Commission and now knows what he did was wrong.

Beeson said the board wanted Karpinsky to get extra pay for overtime he was working, but didn't approve him collecting cash directly from the travel teams. He said the board took no disciplinary action against Karpinsky, other than directing him to stop the practice.

LeCompte resigned this summer as the de facto district director and the entire five-member governing board was replaced with a new nine-member board, led by a CPA, Mike Bergeron.

Dove said the state Ethics Board has opened an investigation and subpoenaed records related to concessions.

Dove said at least 40 teams participated in the tournament from around the country, but the parish never received a dime in gate admissions. They were supposed to be collected by then-parish recreation director Sterling Washington, who was forced to resign this year after WWL-TV discovered he was aware that an accused sex trafficker who had been banned from coaching was coaching the parish’s 7-8-year-old girls all-star basketball team.

"That was negligence on someone's part who was handling (gate admissions at the softball tournament), and we're definitely looking into it with ongoing investigations with the local district attorney and sheriff's office," Dove said.