At least one lawsuit has been filed against Seacor in the wake of the tragedy, accusing the company of putting cash before lives. 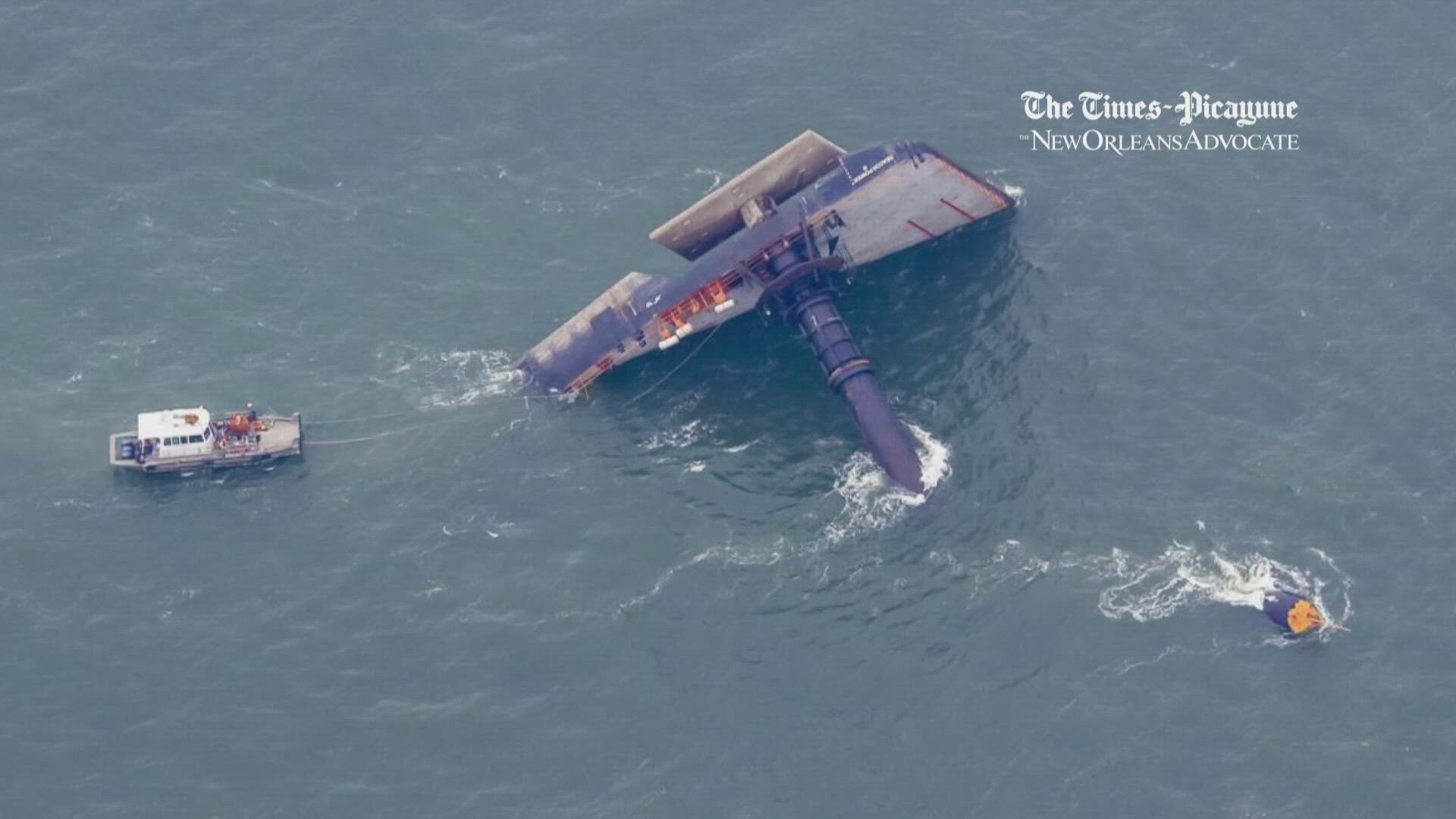 HOUMA, La. — A public hearing to consider evidence in the fatal capsizing of the Seacor Power liftboat in April is set to begin Monday.

The boat flipped and sank in a storm on April 13, about eight miles south of Port Fourchon. Six people were rescued, but six additional bodies were found in the days after the boat capsized. Another seven people who were aboard the vessel are still missing and presumed dead.

The hearing, conducted by the U.S. Coast Guard, is scheduled to convene at 8 a.m. every weekday from Aug. 2 through Aug. 13 in Houma. A livestream of the proceedings is available to the public for those not able to attend in person.

The National Transportation Safety Board, which is leading the investigation into the Power's capsizing, is expected to participate in the hearing.

According to an initial report by the NTSB, prior weather information put the wind at 7-9 knots in the gulf that afternoon. But quickly moving severe weather exceeded expectations, with winds as high as 40 knots (1 knot is approximately 1.1 mph).

The Power's captain tried to lower the ship's three stilt legs -- which at the time were raised about 50 feet above the deck -- in order to steady it in the wind. But the move came too late, and the Power capsized, flipping with 19 people on board.

At least one lawsuit has been filed against Seacor in the wake of the tragedy, accusing the company of putting cash before lives.

The wife of a crewmember presumed dead in the capsizing filed it, accusing the ship's owners of violating federal maritime law and gross negligence.

Hannah Daspit, whose husband Dylan Daspit is still missing, claims the vessel sailed despite a warning of tropical storm-force winds as well as high waves in the Gulf of Mexico.

The lawsuit accuses Seacor of "putting money over the safety and lives of the men on board."

Daspit is seeking more than $25 million in damages in the lawsuit.

A hardhat that belonged to another of the missing men washed up on a Texas beach earlier this month, about 600 miles from the Seacor's resting place.

Rescue efforts were complicated by the high winds and 10-12 foot waves that day and in the week after.

Now, as the NTSB continues their investigation, retrieval crews are attempting to salvage the shipwreck and bring the Power back to shore so investigators can examine in more detail what happened in its final moments.

The U.S. Coast Guard said in June that the SEACOR Power is too damaged to be lifted from the Gulf of Mexico as a whole and will instead be raised to the surface and brought to shore in separate pieces.

The first of those pieces, the largest section of the ship, has already been raised and send to Houma for examination. Ships involved with the recovery effort continue to make the daily trek out to where the Power sank to prepare the rest of the ship for extraction from the seabed.