Divers make preliminary contact with capsized ship off Louisiana coast, no response from inside

The two people the Coast Guard left with a radio signaled they would be going inside to seek shelter sometime after 9 p.m. Tuesday. They haven't made contact since 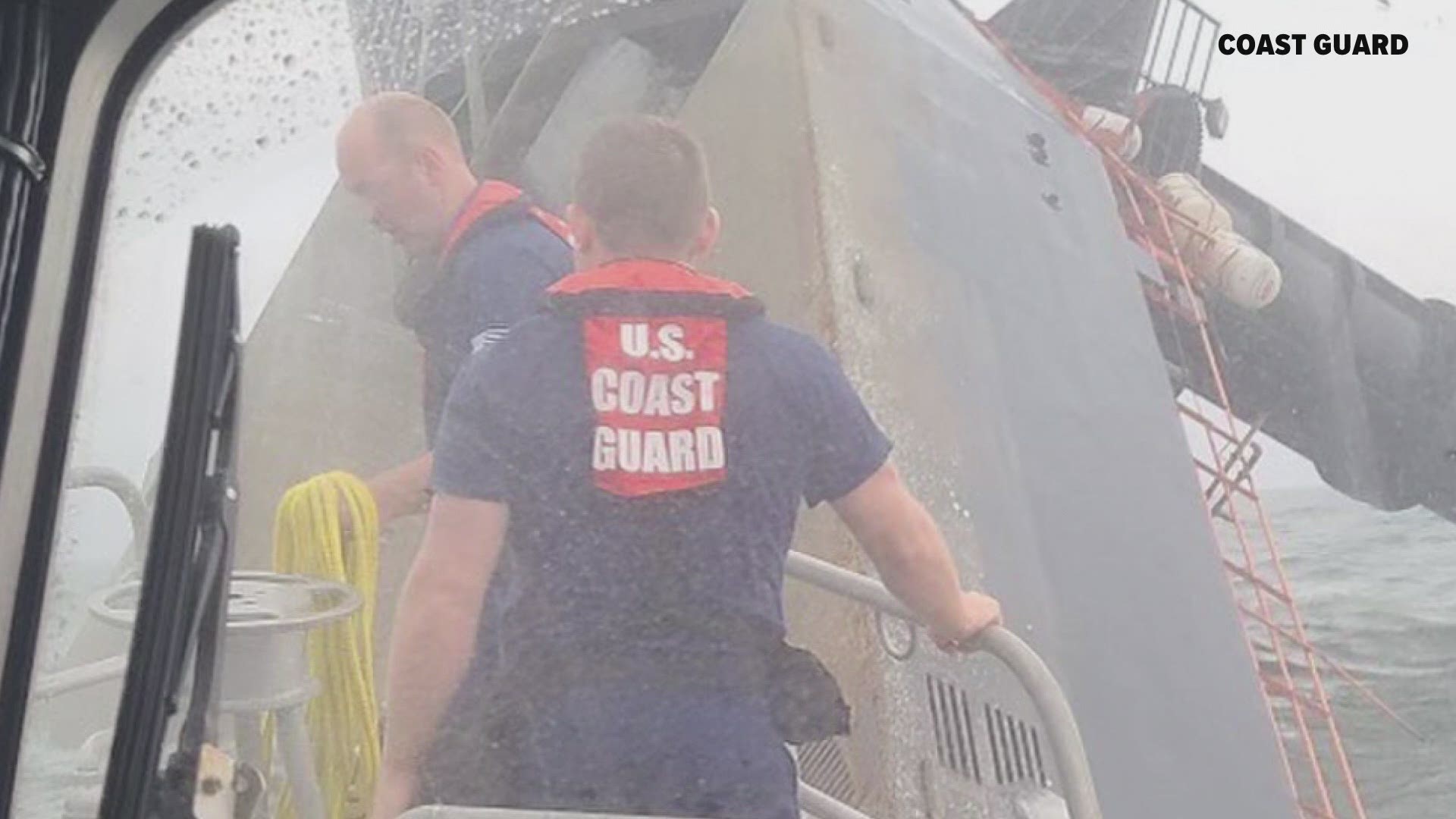 PORT FOURCHON, La. — Divers searching for survivors made preliminary contact with the capsized liftboat south of Port Fourchon Wednesday despite harsh weather conditions but received no response from inside.

Carlos Galarza, a spokesman for the U.S. Coast Guard, said divers were able to get near the overturned ship and knock on the hull for the first time. But they were unable to perceive any response from inside.

Family members and search crews are still holding out hope that at least some of the missing crew members are alive in an air pocket inside the wreck, a possibility that the Coast Guard says is definitely possible.

So far, six crew members have been rescued -- all in the hours immediately after the boat capsized Tuesday -- and the body of 63-year-old David Ledet of Thibodaux, the ship's captain, was identified as the only confirmed fatality so far.

Tuesday, when the distress signal first went out, the Coast Guard was able to spot five people in the hull of the SEACOR Power, and dropped life jackets and radios down to them.

Two of those people were able to be rescued and are among the six saved from the disaster, and another fell in the water. The man who fell into the water has not been found.

The two people who the Coast Guard left with the radio signaled that they would be going inside to seek shelter sometime after 9 p.m. There has been no word from them since.

The Power was en route to Main Pass 138, 40 miles east of Venice, Louisiana, in the Gulf of Mexico when it capsized amid a line of thunderstorms with hurricane force-like winds resulting from a rare weather event known as a “wake low.”

Storms and rough waves since Tuesday have hampered the ability of rescue crews to search effectively or make contact with the ship itself. The Coast Guard is hoping Friday, which is expected to bring the calmest waters since before the storms began Tuesday, will bring better conditions for diving and rescue operations.