Families work to bring loved ones home from state-run shelters

"I assumed if they took that much preparation and time to evacuate, then everything on the other end would be handled appropriately" 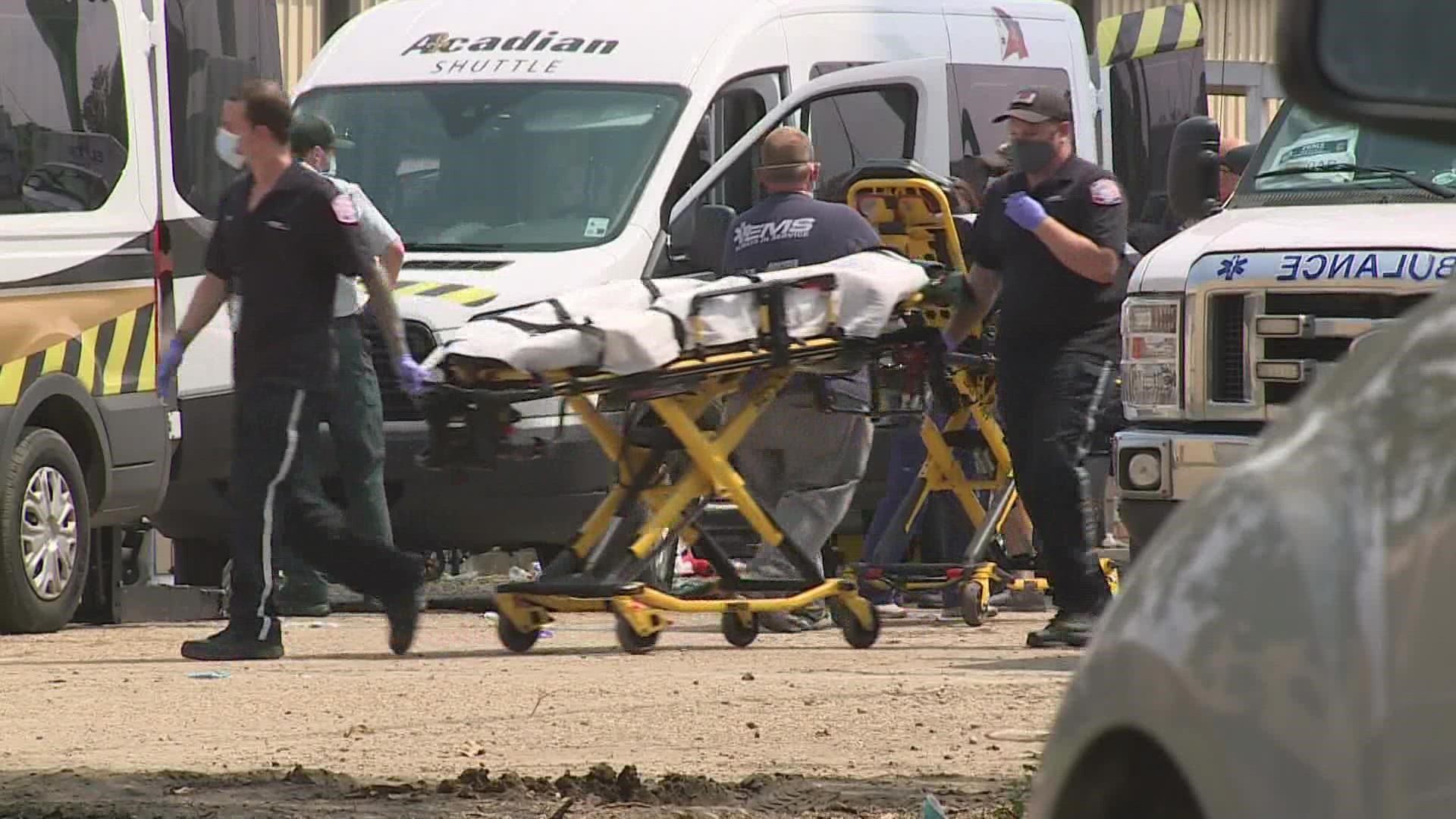 NEW ORLEANS — Families are still working to bring home loved ones who sheltered for Ida at the Independence warehouse on the Northshore. Eyewitness News was the first to report about the deplorable conditions there, and the deadly consequences it had. We spoke with a man in Waggaman, who says his mother-in-law is finally back home after a month-long nightmare.

The shocking situation that unfolded at the Independence warehouse hits close to home for Kevin Belile. His mother-in-law was one of the more than 800 people who sheltered there for the storm.

"So initially we got a phone call a couple days out saying they were evacuating the residents at Maison de Ville in Harvey to a center up in Independence," Belile said. "The guy I spoke to didn't actually know what the name of the facility was. I told him here's my number, just text me the name of the facility so I know where she's at, but I never did get a text."

Belile was a bit perturbed, but trusted his mother-in-law was safe and out of the storm's path.

"I assumed if they took that much preparation and time to evacuate, then everything on the other end would be handled appropriately," he said.

However, as he watched the Eyewitness News reports showing the state evacuating hundreds from that building, he became very concerned. He feared his mother-in-law was there, and spent days trying to find her. Finally, he learned she was taken from that warehouse to the mega-shelter in Alexandria. A week later, he received another call saying she had been moved again, this time to Natchitoches.

"At some point you're like, okay, the initial facility did something irresponsible but then the way they're being transferred, the state's not doing any better of a job," Belile said. "So you start getting concerned about the whole process."

Belile was fed up. He was ready for his mother-in-law to come home, but hit another hurdle: a $2,100 ambulance fee to drive her from the shelter to the Westbank.

"My question at that point was why is the state paying to move her out of there and I have to pay to bring her back?" he said. "But that all turned out to be a miscommunication."

Transportation ended up being free, still, the ordeal has been a rollercoaster of emotions.

"They need to revamp the whole system, the communication needs to be the number one priority," he said.

Now, with his mother-in-law back in good hands, he can breathe a bit of relief. However, he says he'll never forget what his family and so many others have gone through.

Belile says he's still trying to get information about treatment his mother-in-law received at those state-run shelters.

In terms of the seven nursing homes that evacuated their residents to the Independence warehouse, the state health department took away their licenses and shut them down. Their Medicaid provider agreements have also since been terminated.