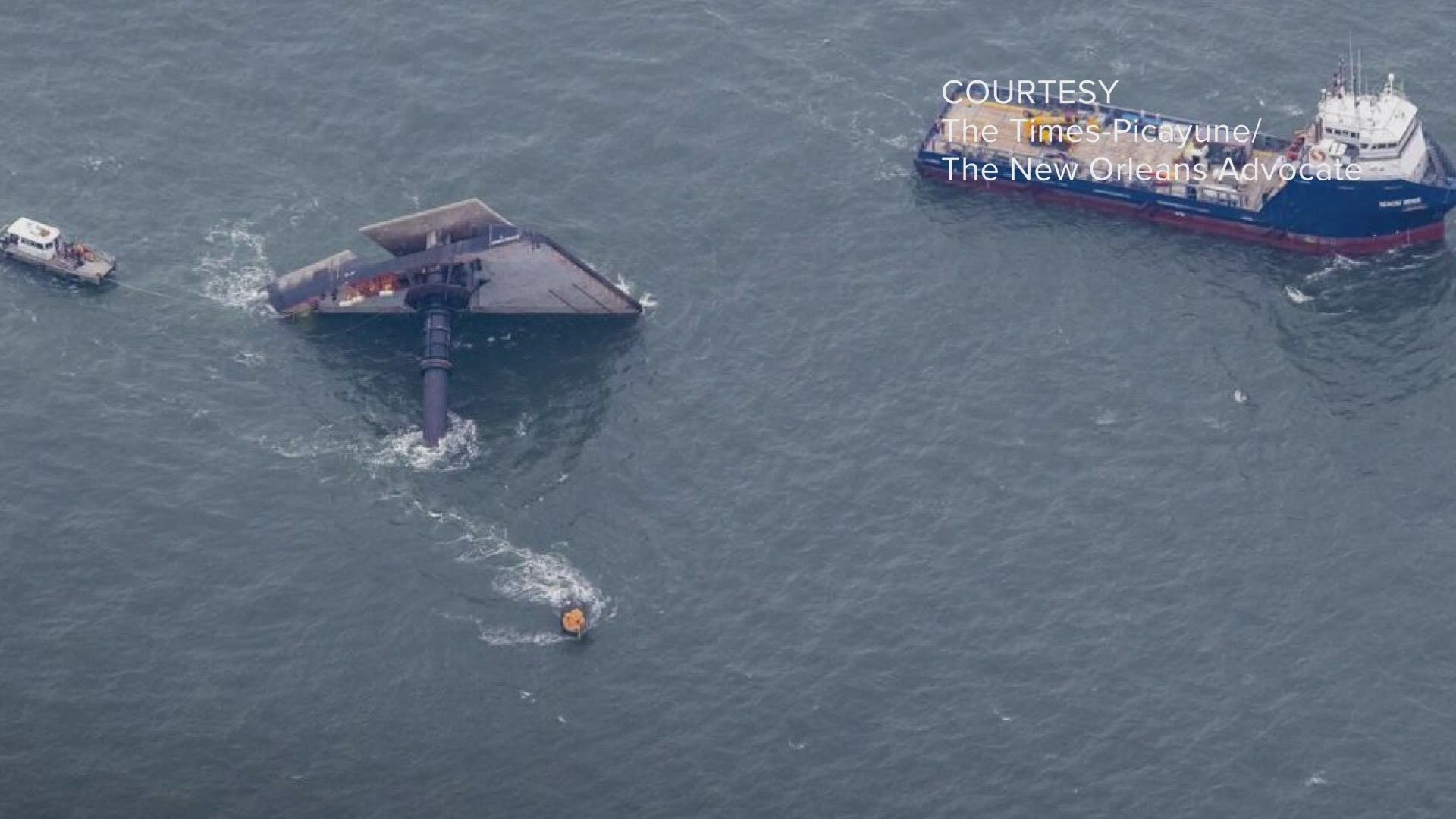 PORT FOURCHON, La. — More questions than answers tonight as the search for those unaccounted from the Seacor Power continues.

As of Saturday six men have been rescued, four have died and nine are still missing.

Families have been in Port Fourchon for six days now, living the unthinkable. They are rattled as the dive search intensifies for the nine missing crew members.

One father said it isn't enough and he's taking matters into his own hands.

Scott's view Sunday afternoon in a Cajun Navy seaplane gave him peace of mind that his son Dylan, will be found in this wreckage.

Six days have now passed since the Seacor power overturned in the Gulf of Mexico due to severe weather.

On Thursday, Daspit took a boat out to see the scene for himself but was stopped by the Coast Guard.

Sunday was the first day of clear weather for search efforts to intensify.

Daspit said his hope of a miracle is met with anger toward Seacor, who owns the vessel and is responsible for deploying divers to search the ship.

He's offered his extra help but was rejected.

"I offered extra divers. I talked to people in New Orleans, willing to come down. The Coast Guard told that particular gentleman that they couldn't come out," Daspit said.

Hurt and desperation are sinking in for the families of the missing nine.

"Everybody's hurt. I'm just really upset about this. The oil company, nobody. We work for them. where are they? That's what I got a big, big issue with right now," said Daspit.

While they continue to wait for answers, their reality will remain unknown.

The Coast Guard said they will give updates to the Seacor Power response effort Monday tomorrow afternoon.