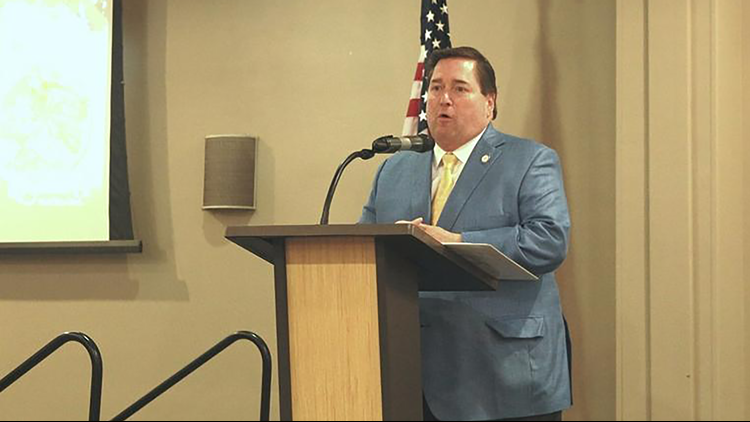 Nungesser told the Houma-Terrebonne Chamber of Commerce Tuesday that the state saw 9% more visitors in 2018 compared to the previous year.

Those visitors spent roughly $18.8 billion, paid roughly $1,082 in taxes per household and helped created 6,700 new tourism-related jobs since 2016, he said.

Tuesday, Nungesser highlighted his office’s efforts to promote the film industry, food scene, culture and recreation and the value of staycations for Louisiana residents.

Under the state’s new slogan, “Louisiana, Feed Your Soul,” the lieutenant governor said he wanted to promote the full impact of Louisiana’s culture, feeding visitors through food, music and culture.

″(Visitors) leave with a feeling you don’t get anywhere else in the world,” Nungesser said.

As the lead ambassador for the state, Nungesser travels throughout the state and internationally to promote tourism efforts.

Recently, the lieutenant governor’s office traveled to China for an international tourism summit.

International visitors are a big part of the recent growth. Tourists from other countries typically stay longer, spend more money and visit more than one city compared to domestic travelers, Nungesser said.

Community ambassadors also contribute, like the social media pictures of the alleged ghost of Deridder which generated 4,000 new visitors to the town, Nungesser said.

The lieutenant governor’s office is also working on a new veteran’s program, Songs of Survivors, which pairs a group of 12 veterans with songwriters and therapists. Through the program, veterans have the opportunity to express their feelings, and “listen to a song that turned it into something beautiful,” Nungesser said.

The program is based on projects in West Virginia and South Carolina that have allowed private businesses to support state parks and increase profitability, Nungesser said.

So far, the state is opening up design bids for more than 500 acres next to Fontainebleau State Park in Mandeville within the next 30 days and has already implemented a horseback riding program at Bougue Chitto State Park.

In the movie scene, the state is working to create a movie trail, with plaques at the site of where major movies or TV shows were filmed, with links to download a clip of the film. Nungesser said he also wants to create an incentive program for production companies to donate an artifact from each movie set to create a state movie museum.

To date, there have been over 2,500 movies filmed in the state. Tarzan, filmed in Morgan City, was the first to gross more than $1 million, he said.

Netflix’s The Highwaymen, a movie about the chase to find Bonnie and Clyde, was partially filmed in Lafourche Parish.

Recent productions like the movie Girls Trip and TV shows like NCIS New Orleans and Duck Dynasty have already done a lot to bring visitors to the state, Nungesser said.

But, he said there is still room for improvement.

“I think we can do better in filming these movies to help local communities,” Nungesser said, talking about creating a list of possible film locations to send to location scouts.