A 32-year-old from Orange, Texas, described as a family friend, is accused in the beating death of a Thibodaux girl who was staying with her. 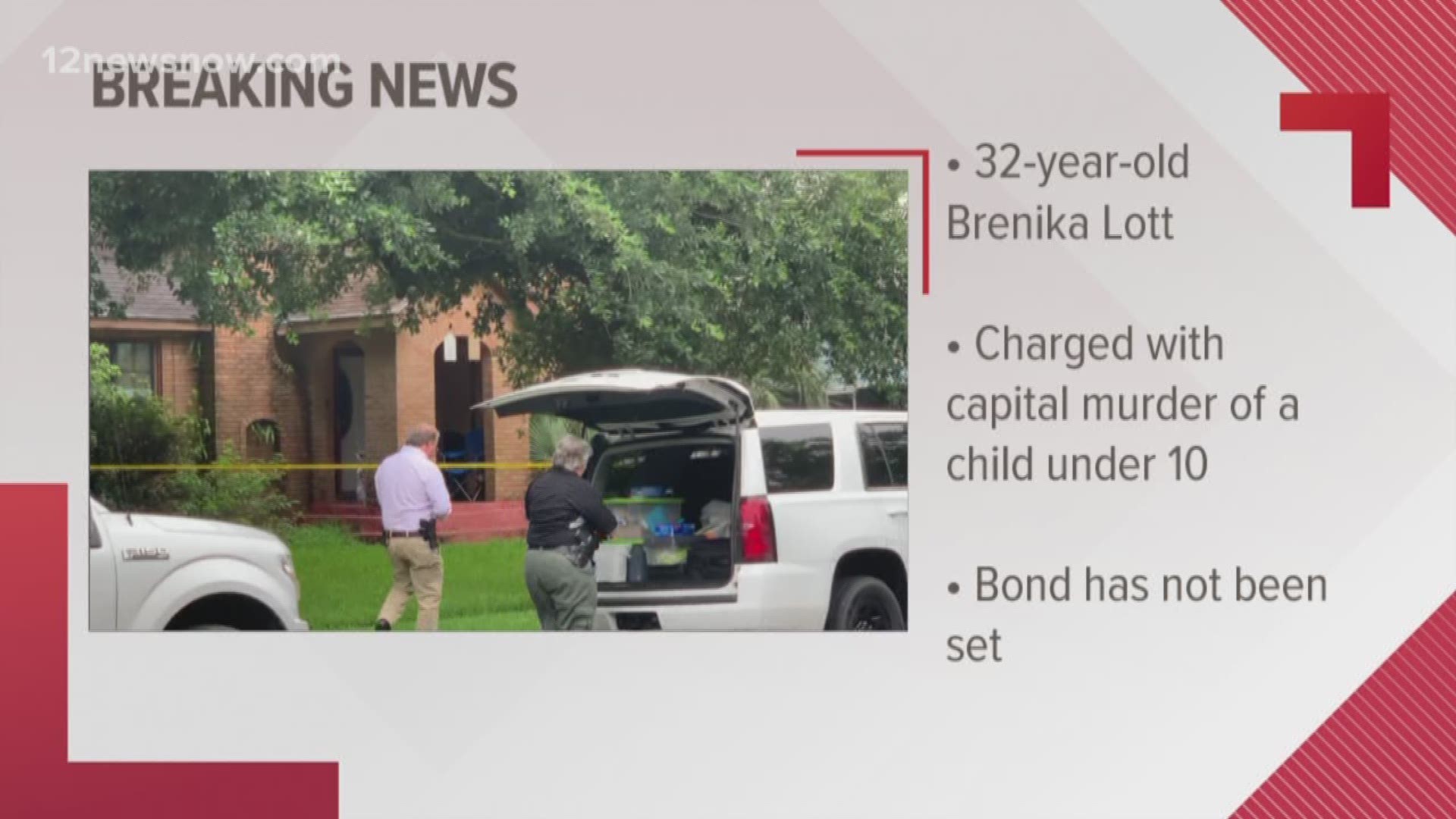 ORANGE, Texas — A 32-year-old woman described as a "trusted family friend" is accused of killing a 5-year-old Thibodaux girl who had been spending the week with her, according to police in Orange, Texas.

Brenika Lott was arrested on capital murder counts after a warrant was issued for her arrest in the killing of Daviana Landry last week.

Police were called to the home by paramedics who responded to a call about an unresponsive child.

When they arrived Lott was administering CPR to the child, police said.

According to a police officer who filed the probable cause of death, fire personnel who responded to the scene found Landry with bruising on her arms, chest and eyes.

Officer T.W. Hilyar said Lott told them that she woke up Friday, June 26 and found the 5-year-old lying on the floor, cold to the touch.

He said she told police that the injuries to the child were from insect bites and dust mites.

Hilyar's account said that Lott's 11-year-old son was questioned and told detectives that he had witnessed his mother punching the child in her head several times, slapping her, choking her and striking her with several objects in the home, which detectives took as evidence.