A full report could take more than a year. 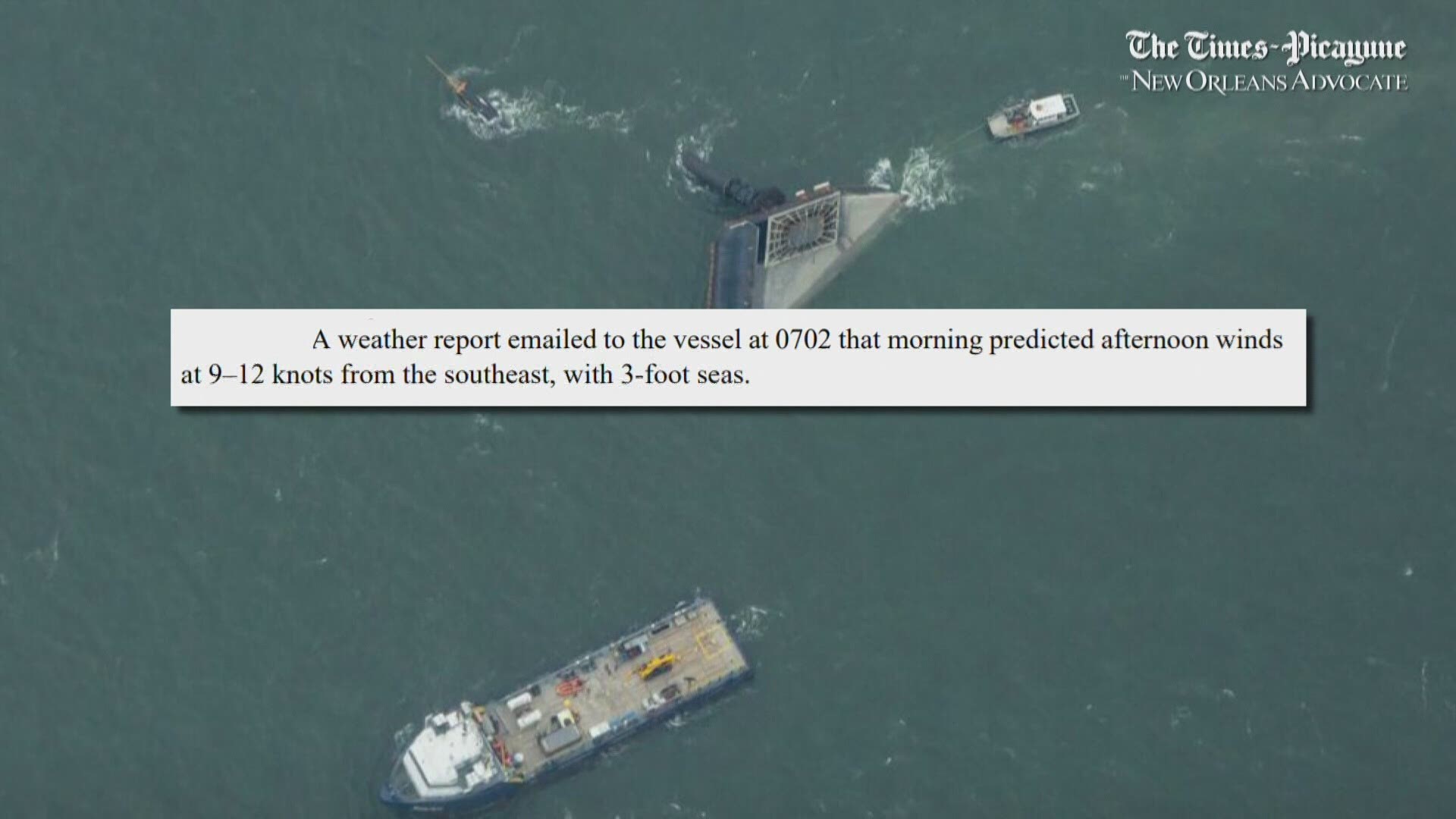 NEW ORLEANS — As efforts to find the seven missing men from the “Seacor Power” continue along the Louisiana coast, a three-page report from federal investigators lays out what was happening on the liftboat when it capsized off the coast of Louisiana last month.

“You never want to see something like this happen in our industry,” said Timmy Couvillion, president of the Couvillion Group, a marine contractor. “This is one of those rare events that are most unfortunate.”

According to the National Transportation Safety Board’s preliminary report, 19 people were on board the “Seacor Power” when it left Port Fourchon at about 1:30 in the afternoon April 13. Nine of them were crew members, two were gallery staff and eight were offshore workers. The liftboat was headed to an oil rig East of the Mississippi Delta.

At 7:02 a.m., a weather report was emailed to the liftboat forecasting afternoon winds of 10-to-14 miles per hour and 3-foot seas. At about 3:30 p.m., a storm began to pass over while the liftboat was on open waters.

Other boats in the area reported heavy rain, high seas, and winds up to 92 miles per hour during the storm.

According to the report, because of low visibility and high winds, crew members started to lower the boats legs to stabilize it. At the same time, a crew member attempted to turn the liftboat to face the wind.

“Those types of maneuvers would be industry standard type movements,” Couvillion said. “A mariner should face the vessel into wind and into the seas to stabilize his vessel.”

In the process, the liftboat was overcome by the storm and capsized. Several people were able to escape through the part of the liftboat that stayed above water, creating a search and rescue operation from the U.S. Coast Guard and civilians. Six people were rescued, six were killed and seven remain missing.

According to the report, high winds and up to 12-foot seas were big problems for rescue efforts.

Once the liftboat is pulled from the water, investigators will inspect it. A full report could take more than a year.

“We are unable to comment further on this tragedy at this time. We understand and appreciate the public’s concern for and interest in the vessel capsizing and those whose lives have changed forever. However, the survivors and the families of those lost at sea continue to deal with an extremely difficult situation. 7 men remain missing and vessel salvage operations are ongoing. We refer you to the NTSB Preliminary Report that was just issued for a factual summary of events to date. We will provide updates as appropriate and consistent with our responsibilities to our clients, the ongoing investigation and the pending federal court litigation.”