The massive search includes boats, planes and helicopters from the Coast Guard, various agencies and folks just wanting to help. 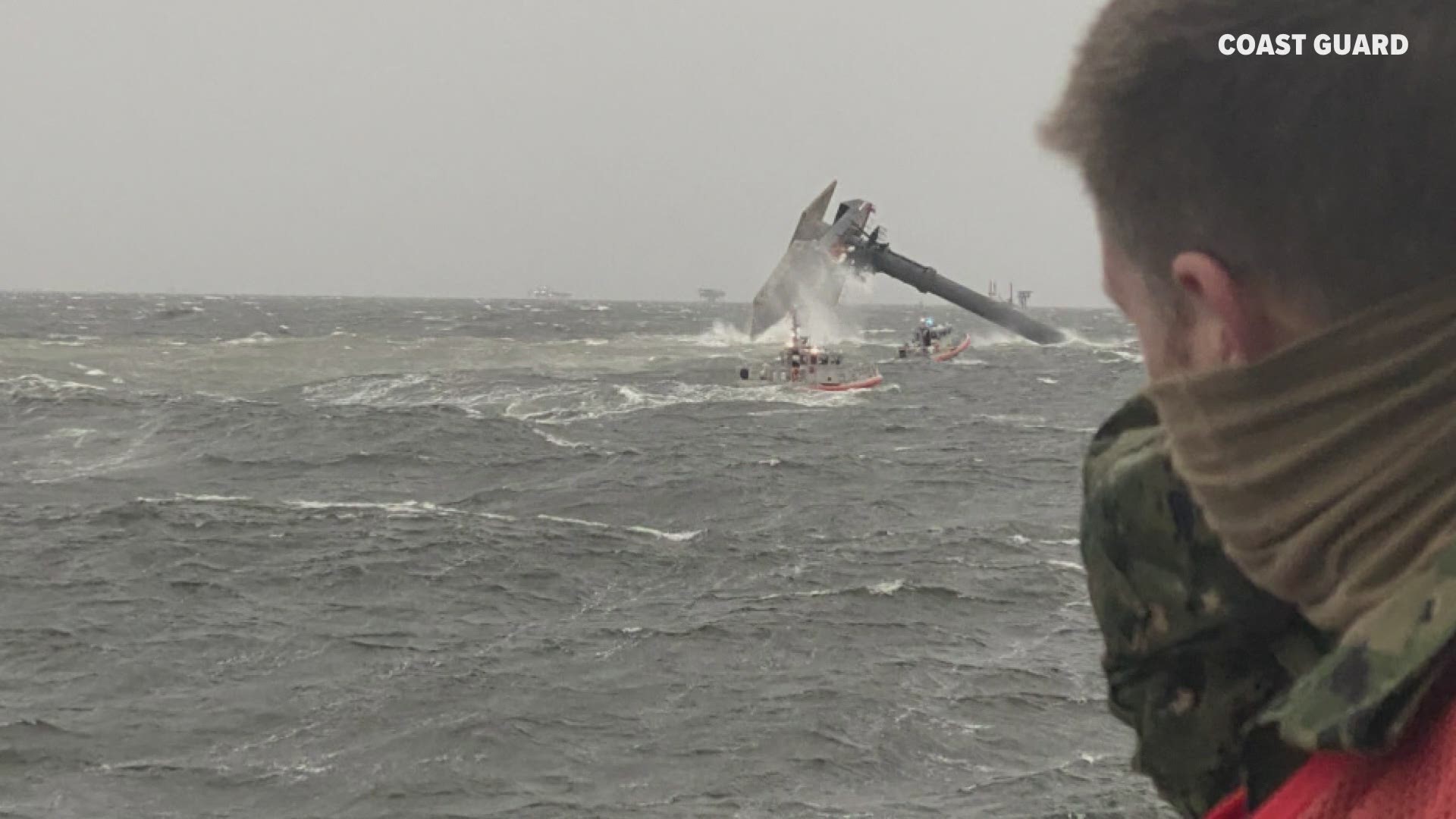 PORT FOURCHON, La. — By water and air, search crews are desperately trying to find the 12 people missing after a lift boat capsized off the coast of Port Fourchon Tuesday afternoon during a powerful storm. Of the seven other crew members, six were rescued, one died.

“We’re out there and we’re committed to the search and rescue effort,” said Capt. Will Watson with the U.S. Coast Guard.

Despite continued bad weather Wednesday, Capt. Watson said all available resources are being used and search crews are not giving up.

As of Wednesday night, more than 24 hours after the search started, no other crew members had been found. The massive search includes boats, planes and helicopters from the Coast Guard, various agencies and folks just wanting to help.

“We’ve been getting so many calls from folks in the maritime industry that want to get involved and it’s been tremendous,” said Watson.

The 129-foot commercial boat, called Seacor Power is partially submerged and believed to be grounded in about 55 feet of water, about eight miles off the coast of Port Fourchon. Thankfully, Watson doesn’t believe it’s drifting.

“We are searching in that area and in a successive pattern out from that area given the uncertainty as to where the folks may or may not be,” said Watson.

Rescue crews are also trying to determine if any of those missing may be trapped inside the boat.

“It is a possibility right now,” said Ensign Shelly Turner with the U.S. Coast Guard.

“That’s something that we’re looking into as the investigation unfolds. We’re trying to figure that information out.”

RELATED: 'We are hopeful', search-party grows as Coastguard continues to search for missing crew members after their vessel capsized