Seniors get bunny hugs, thanks to a soft-hearted teen with a plan 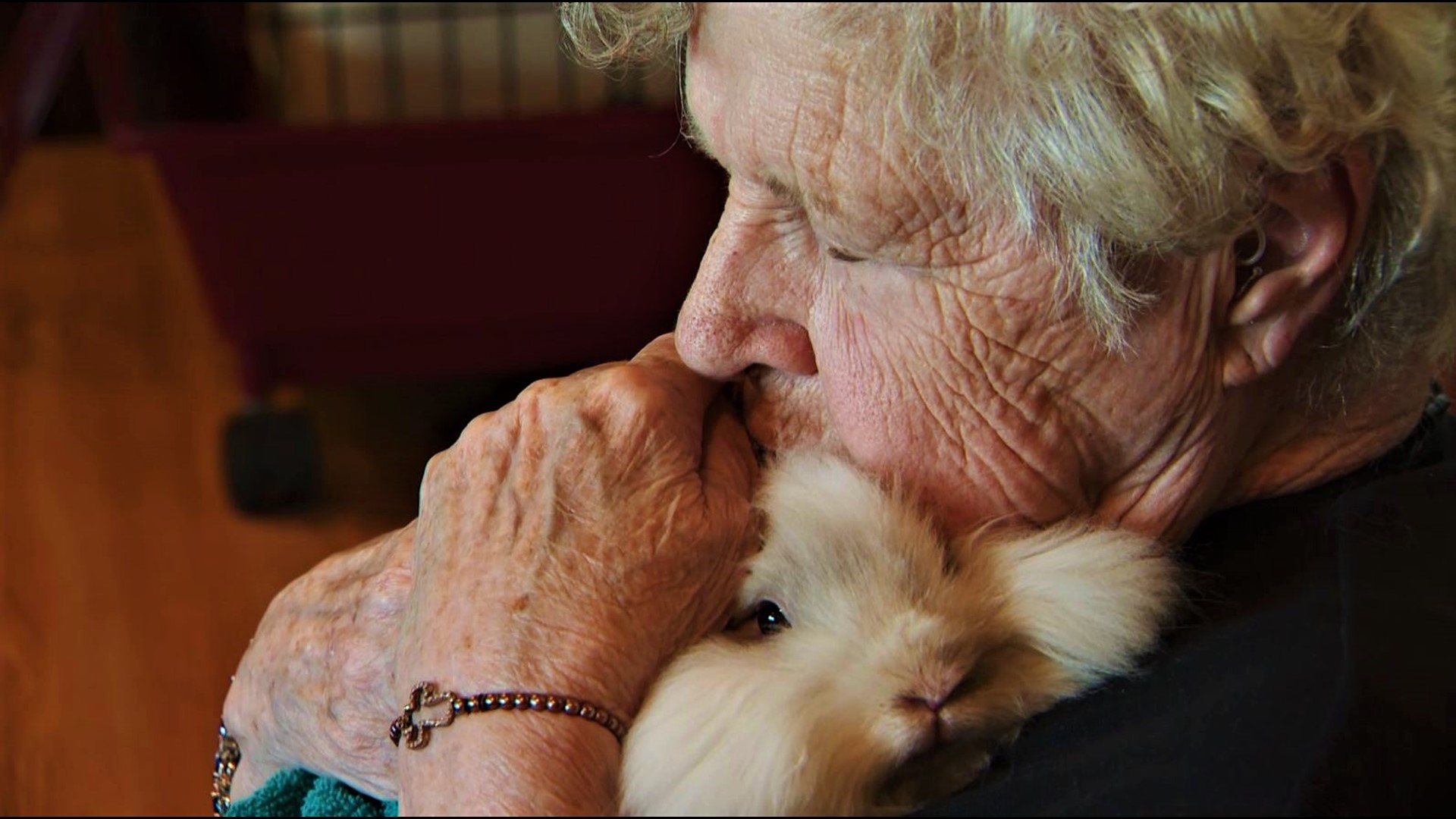 Everything had to be just right.

“They're very friendly,” she says of the lionhead breed. “They love to have cuddles and stuff more than other bunnies.”

Jessica’s research proved correct, which is why several residents of The Lodge of Howard Lake assisted living facility now sit by the door awaiting the arrival of Jessica, Franklin and Ducky.

As Jessica walks through the door, open arms extend.

From her vented bag emerge the two bunnies.

“Here you go Judy,” Jessica says as she hands off a bunny to Judy Lipelt, who purposely perched herself closest to the door.

She hugs the bunny and rocks back and forth, saying all she needs without saying a word.

It’s just as Jessica imagined it when she first dropped soft rabbits into a conversation with her mom.

“She was sitting on her bed and she casually said, “Mom, I want bunnies,” Meagan Pehrson, Jessica’s mother, says. “And I said, ‘What? why?’ Little did I know it was for the old folks.”

Jessica's 17th birthday was coming up.

“That was her excuse to get them,” her mother says.

“I thought that was kind of expensive for bunnies, but I said I'd get one if she paid for one, and she said, 'Deal,’” Jessica's mother recalls.

Jessica knew not just any bunnies would do.

“She said, ‘I wanted the softest bunnies for our residents,” Karla Davis, the housing director, and Jessica’s boss at The Lodge, says.

Karla noticed the impact on her residents immediately, especially at a time they'd been deprived of family contact.

“Emotional, physical, the touch - all of it is just very much therapy for them,” Karla says.

Dori Miller gets her turn with a bunny.

“You just want to be loved,” she says to the bundle of fur in her arms.

“One of the hardest things for me during the epidemic was I had a great grandchild born and didn't get to see him,” Dori explains.

“Oh, I wanted to so bad to be holding him like this,” she continues. “So, this makes up for it a little bit.”

Again, Jessica's research was spot on.

Her lionhead bunnies appear comfortable being handled for long stretches.

Sometimes, really long as residents fall asleep with a bunny cradled tightly in their arms.

Barely 17, paying for bunny food and supplies from her modest paycheck, and not a whisker of this in her job description,” Jessica is asked why she does it.

“It just makes me happy that it's making them happy,” she responds.

Jessica didn't need another animal; she just wanted these animals for her friends.

Seniors get bunny hugs, thanks to a soft-hearted teen with a plan