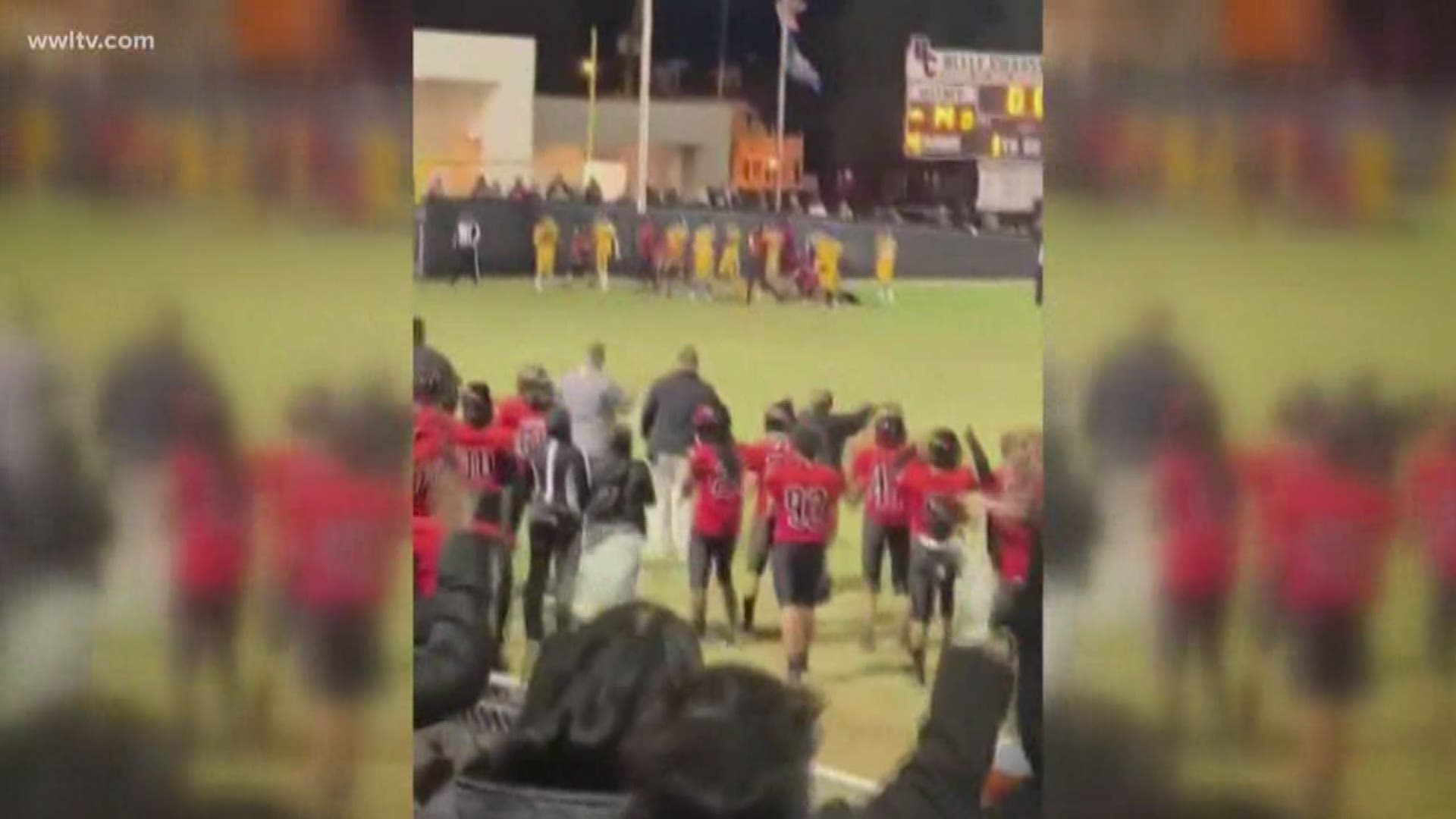 NEW ORLEANS — An argument captured on camera Friday night on a high school football field has launched an investigation by the Plaquemines Parish Sheriff’s Office.

The incident happened following the Landry-Walker v. Belle Chasse high school football game. The game had a tense finish, with Landry-Walker winning 22-20. Witnesses say what happened moments later set a bad example for the young players and fans at the stadium.

In the video, a man the Plaquemines Parish Sheriff's office identified as a probation officer is tackled and detained by police. Deputies say the man was briefly detained to deescalate the situation. The Sheriff’s Office did not say which agency the unidentified man works for, but said he was there with the Landry-Walker team.

Investigators say they are still working to determine what exactly happened during the incident.

Eighth-grader Abbigaile Overfield filmed the video while she was at the game supporting Belle Chasse’s football team.

ALSO: 'This will go down as one of the great wins — certainly of the Ed Orgeron era'

ALSO: What they're saying nationally about LSU's victory over Alabama

Karen Lewis was watching the game from the Landry-Walker side. She’s worked as a schoolteacher for 40 years and felt the students handled themselves better than the adults.

“What I’m most upset about is these children had to experience that,” said Lewis.

Overfield and Lewis have different accounts of what lead up to the incident, but both said it all started when the two teams did not shake hands after the game.

Administrators from both schools say an investigation into the incident is ongoing.

“Since this is an ongoing investigation by the Plaquemines Parish Sheriff's office as well as the (Louisiana High School Athletic Association), we are not able to make a statement until the investigation is complete,” said Belle Chasse Principal Jemi Carlone.

“We were immediately notified about the altercation by our coaching staff following Friday’s football game, and we are in the process of conducting our own internal investigation,” said Ambria Washington with Landry-Walker.