US Coast Guard and several good Samaritan vessels are responding and working to rescue those who were onboard. 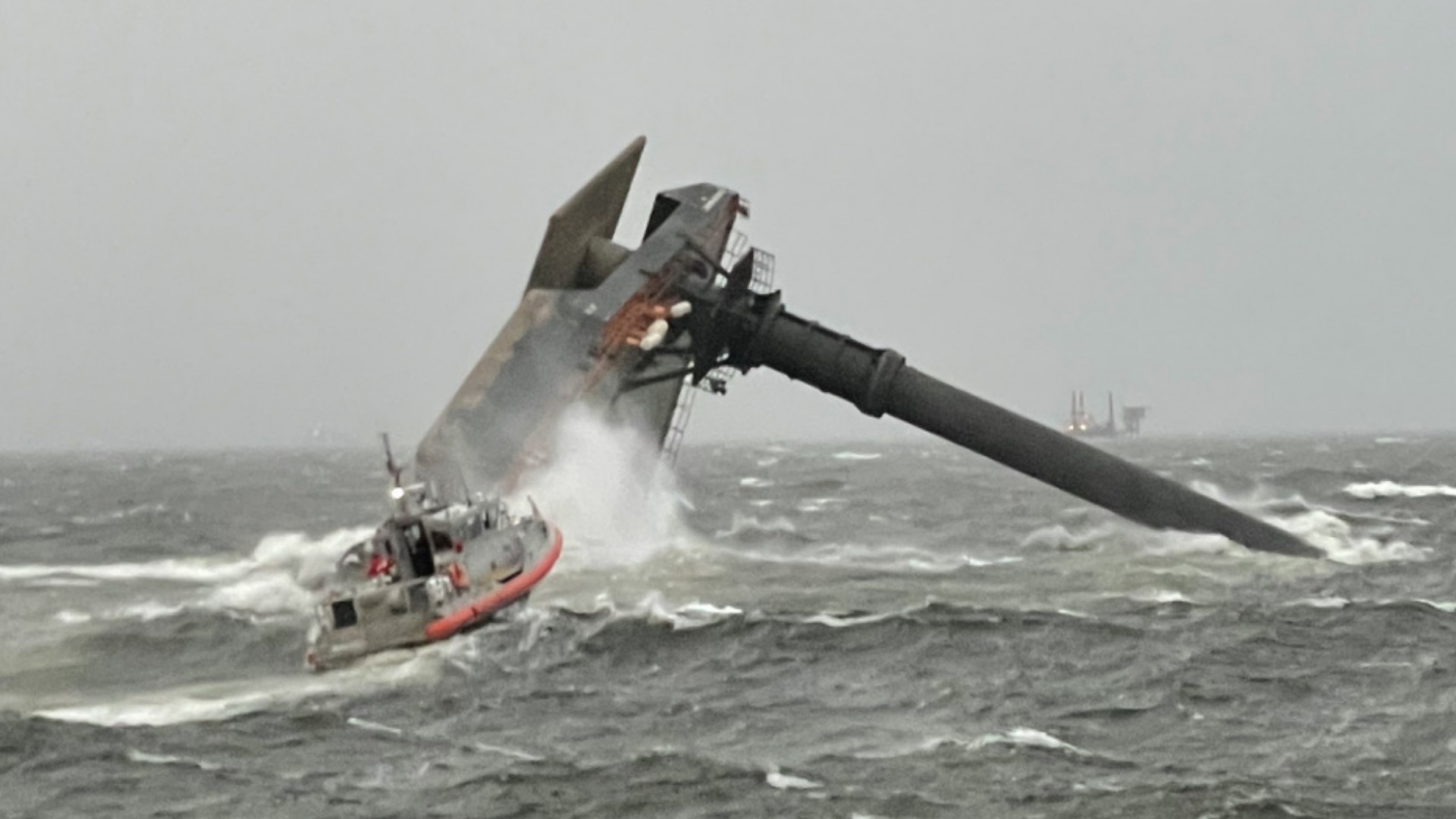 NEW ORLEANS — Six of the 19 people onboard a 129-foot commercial lift boat that capsized off the Louisiana coast Tuesday afternoon in rugged seas have been rescued so far, according to the US Coast Guard.

According to MarineTraffic.com, the vessel left port around 2:12 p.m. A source tells WWL-TV that the Seacor Power capsized shortly after 4 p.m.

A Coast Guard Fast Response Cutter was on the scene within 30 minutes according to the USCG.

According to WWL-TV's Chief Meteorologist Chris Franklin, winds hit upwards of 70 miles per hour offshore with less wind resistance than a weather system finds on land. However, some social media videos from boats that were reportedly in the area, showed gusts at times in triple digits.

In addition, Franklin said that a computer model estimated some wave heights at nearly 50 feet. Franklin says a lack of buoys in that area prevents actual measurements and he said that he thought that while the waves were very substantial, he doubted they hit 50 feet in height.

Rescue crews still on the scene are working in the dark and Franklin's forecast says that weather on Wednesday morning could be very similar to what occurred Tuesday, with winds up to 60 miles per hour in some places and rain moving in with those systems.

The following rescue crews are searching for the missing crew:

Editors note: The Coast Guard originally reported that the vessel was 256-feet long and capsized south of Grand Isle, they have since corrected that initial report.

Additionally, initial reports indicated 18 people overboard, but according to Lafourche Parish President Archie Chaisson, there were 19 people on board when the ship capsized. He said 13 remain missing Wednesday morning.