Peter Finney, whose seven decades in New Orleans sports journalism as a columnist and writer included covering every major sporting event here and many across the country, died Saturday. He was 88.

Peter Finney, whose seven decades in New Orleans sports journalism as a columnist and writer included covering every major sporting event here and many across the country.
Author: Dominic Massa
Published: 10:36 AM CDT August 13, 2016

Peter Finney, whose seven decades in New Orleans sports journalism as a columnist and writer included covering every major sporting event here and many across the country, died Saturday. He was 88.

His death was reported by The Times-Picayune, where Finney retired in 2013 after a 68-year career.

During his career, Finney covered decades of important and memorable sports stories. The Nov. 1, 1966 newspaper that trumpeted the arrival of the New Orleans Saints franchise featured a story by Finney, as did the 2010 paper when the team won its first Super Bowl.

He was best known for writing about 15,000 columns for what became the States-Item and then The Times-Picayune.

His career at both papers placed him on the sidelines of the most iconic moments in Louisiana sports history: from LSU legend Billy Cannon's 89-yard punt return against Ole Miss in 1959 to Tom Dempsey's 1970 NFL-record 63-yard field goal and the Saints' 31–17 victory over the Indianapolis Colts in the 2010 Super Bowl.

In a statement Saints and Pelicans owner Tom Benson hailed Finney as a local sports icon.

"He is someone that our city should celebrate and cherish his legacy. My wife Gayle and I personally have respected him and his work, and certainly he has had a major impact on sports in our city. He told the story of the Saints to generations of readers and he helped grow not only fan interest in the Saints but in our great city covering Super Bowls for years. He will be missed and we are truly sorry about his passing. Our thoughts and prayers go out to him and his family during this time.”

With help from his son, Peter Finney Jr., the elder Finney recently published a book of some of his best columns, The Best of Peter Finney: A Walk Through Sports History (LSU Press). 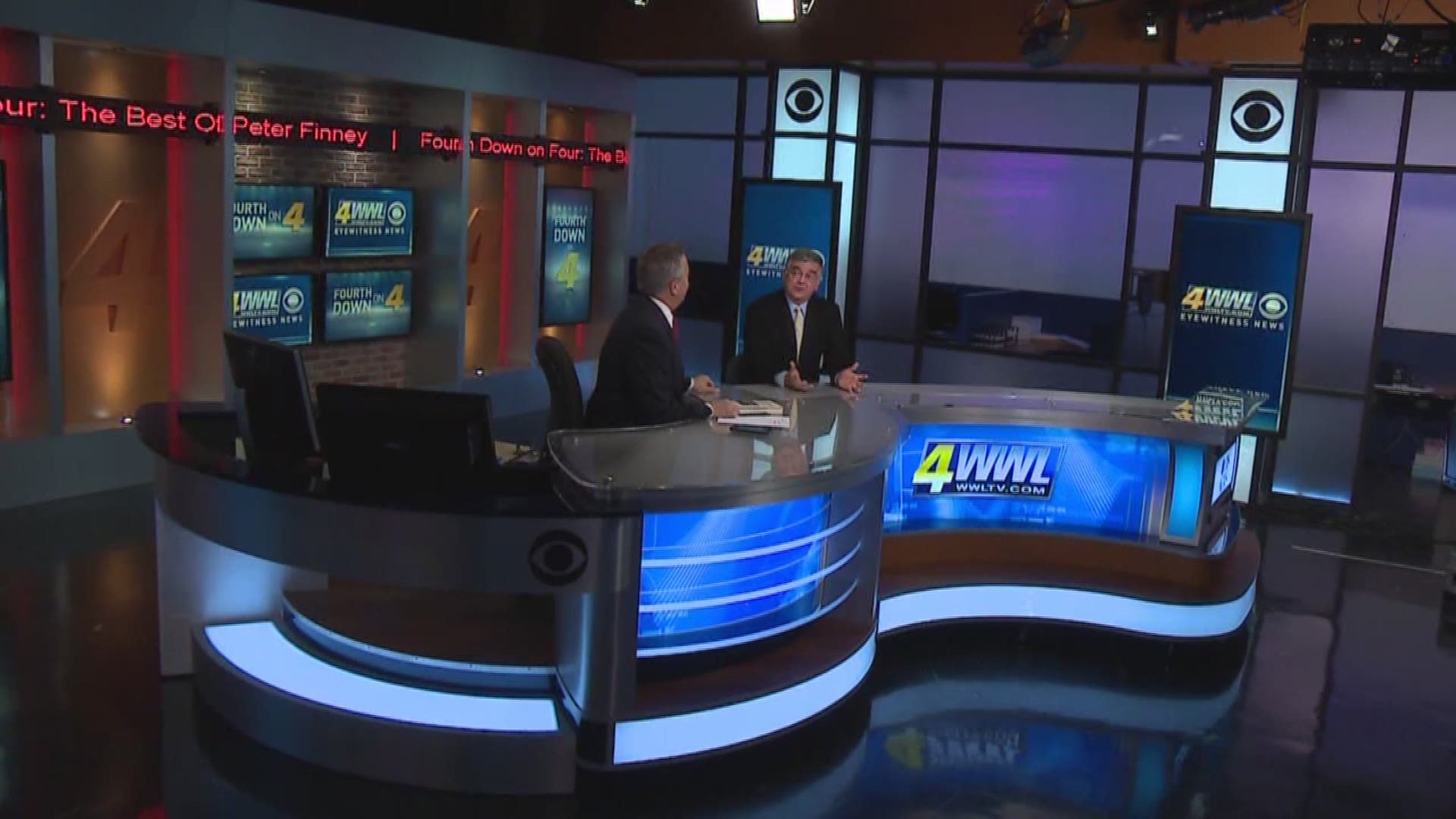 The legendary sports journalist, who grew up in the French Quarter, began his career at the New Orleans States as a 17-year-old freelancer on June 22, 1945, right after he graduated from Jesuit High School. He covered American Legion baseball that summer (with a salary of $20 per week) before enrolling at Loyola University.

Finney's work won him a long list of local and national honors, including the 2010 Dick McCann Memorial Award from the Professional Football Writers of America. He was inducted into the U.S. Basketball Writers Association Hall of Fame and the Boxing Writers Association of America gave him its highest honor, the A.J. Liebling Award for Outstanding Boxing Writing, in 2013. Finney was a 17-time recipient of the Louisiana Sportswriter of the Year Award. He was also inducted into the Greater New Orleans Sports Hall of Fame in 1998 and the Louisiana Sports Hall of Fame. He received a lifetime achievement award from the Press Club of New Orleans in 1999.

Finney was Jesuit High School's Alumnus of the Year in 1974 and a 2013 inductee into the Den of Distinction of Loyola's School of Mass Communication.

A Mass will be celebrated at 11 a.m. Aug. 20 at St. Rita Catholic Church, 2729 Lowerline St., New Orleans. The family will receive friends at the church beginning at 9 a.m. Burial will be private.

In lieu of flowers, the family requests donations to be made to Catholic Charities, Archdiocese of New Orleans, 1000 Howard Ave., Suite 200, New Orleans, LA 70113.