Lincoln Parish K-9 shot, killed in the line of duty

Boco was working to find an attempted murder suspect when deputies said they heard a volley of gunfire. 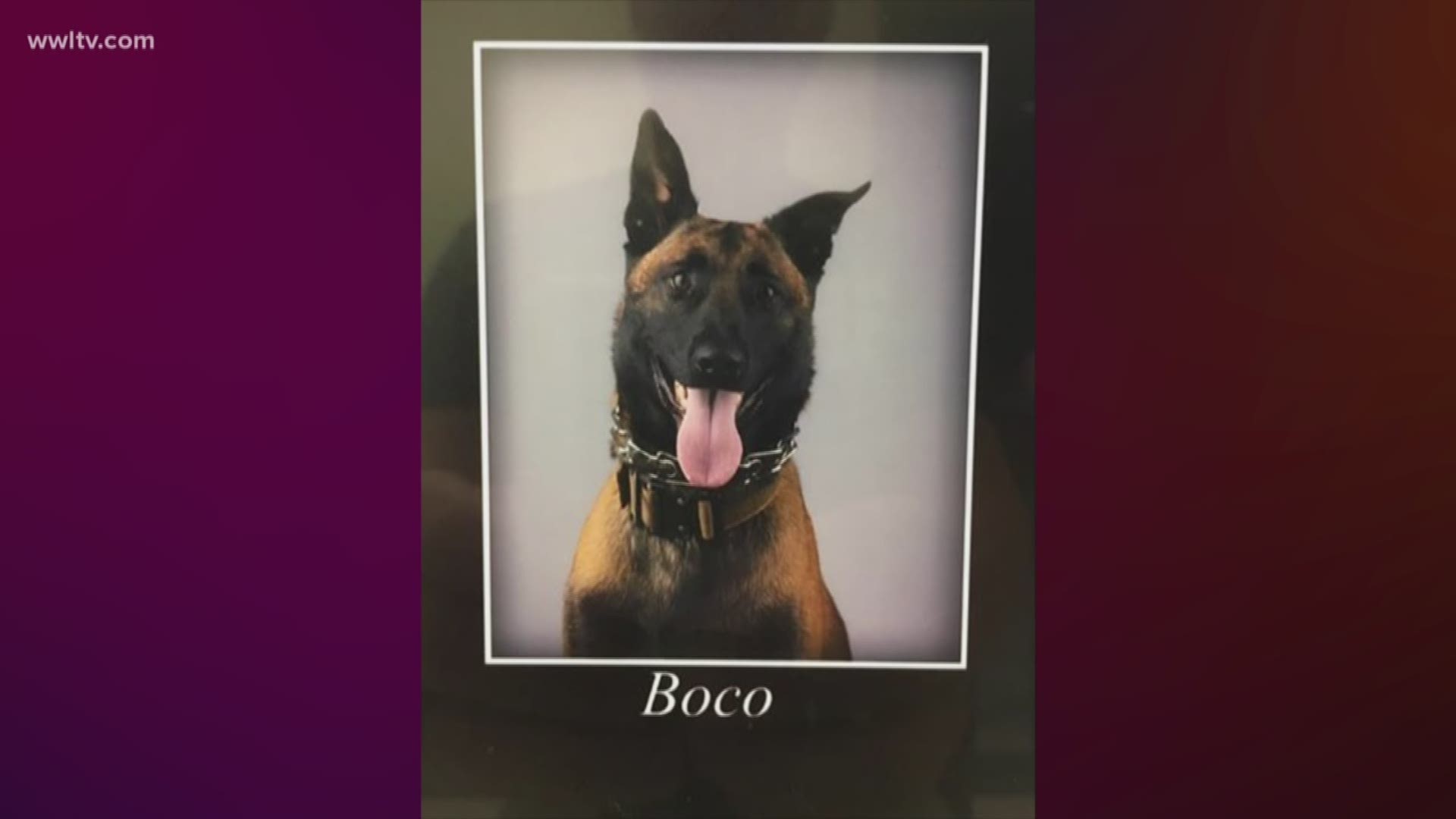 LINCOLN PARISH, La. -- A North Louisiana K-9 officer is dead after a suspect shot him during a chase.

Police said around 7:30 p.m. Friday, they received a call of a suspicious person at a home. When deputies arrived, they found Vincent Roberson from Monroe, who was wanted for attempted second-degree murder for reportedly shooting his girlfriend.

As deputies approached, they said Roberson ran into the woods behind the home, and K-9 Boco was released. Moments later, deputies said they heard gunfire and could not find Boco.

Law enforcement from multiple agencies continue the search and were able to arrest Roberson around 2 a.m. Saturday morning.

Later that morning, deputies were able to find Boco's body.

"Boco died heroically helping to apprehend a suspect in order to keep our community safe," said a post from the Lincoln Parish Sheriff Department's Facebook page.