"I'm worried. Is that thing going to come down and hit my building and put me out of work? I've already been out of work for a week." 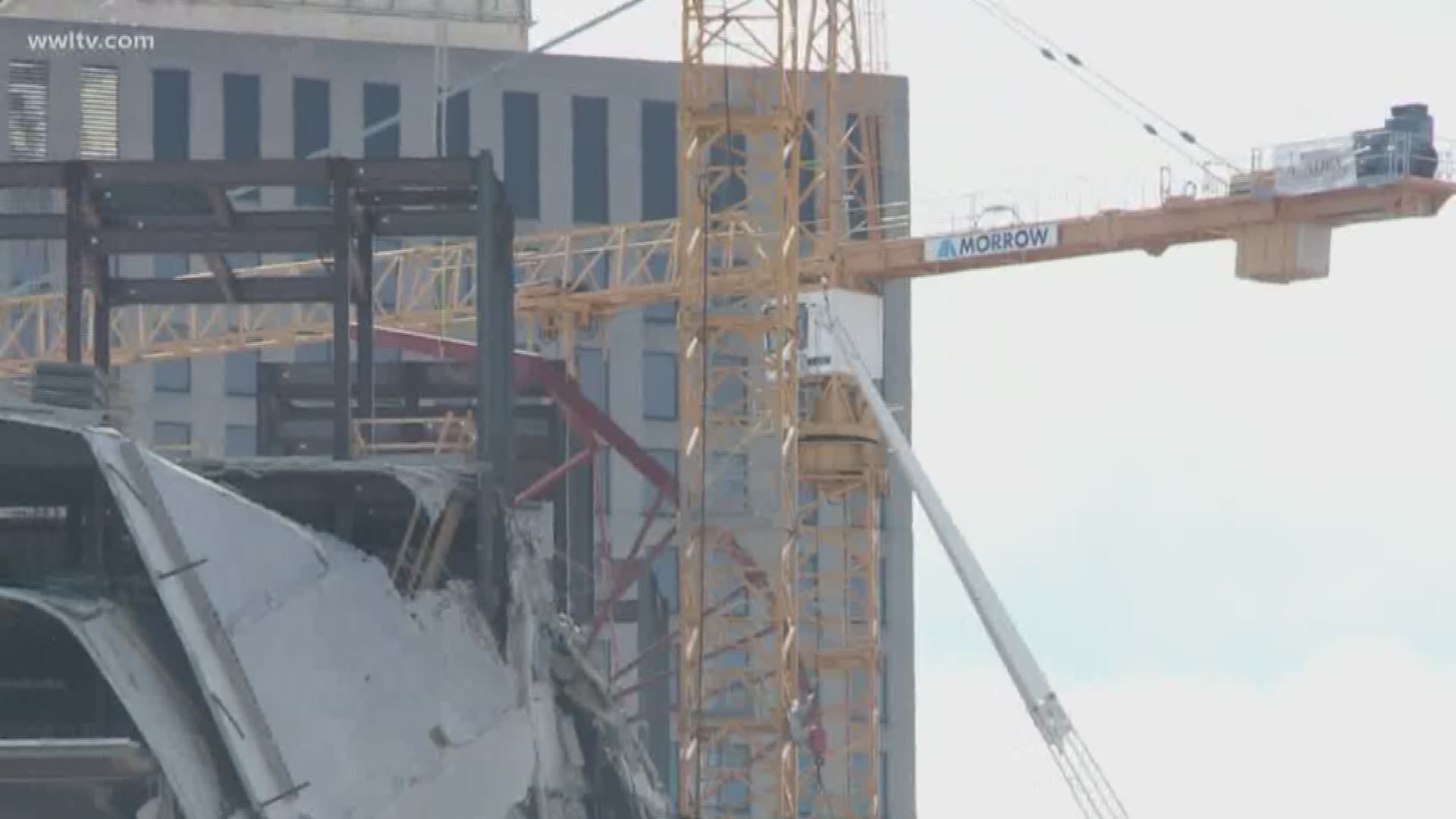 NEW ORLEANS — The city is asking people to avoid the area when they demolish the cranes, but many people waited outside for hours Saturday. Barricades on Rampart and St. Louis mark the edge of the exclusion zone. There was a large crowd waiting before it was announced that the cranes wouldn't come down until Sunday.

"This is national. This is important. Somebody is going to be responsible for this," said Jewell Cannon, who was waiting to watch the cranes come down.  "Just to watch this."

Andruski Austin was waiting too. He is the maintenance engineer for the apartments above the Saenger Theater.

"I'm worried. Is that thing going to come down and hit my building and put me out of work? I've already been out of work for a week," Austin said.

RELATED: Hard Rock cranes to come down Sunday, here is what to expect

"Everyone is curious. Everyone is sad about what happened here," Mayo said.

For him, the collapsed building looks and feels familiar.

"Within the first hour, matter of fact, we were there as the second building came down," Mayo said.

Especially since bodies are still inside, he feels for the first responders and crews on site.

Officials have said if you are in the line of sight of the cranes, you are too close. They're asking people to avoid the area Sunday. While they are encouraging people to stay away, they want anyone who may be nearby to expect a loud boom and possible dust or particles, so you may want ear plugs and a mask.