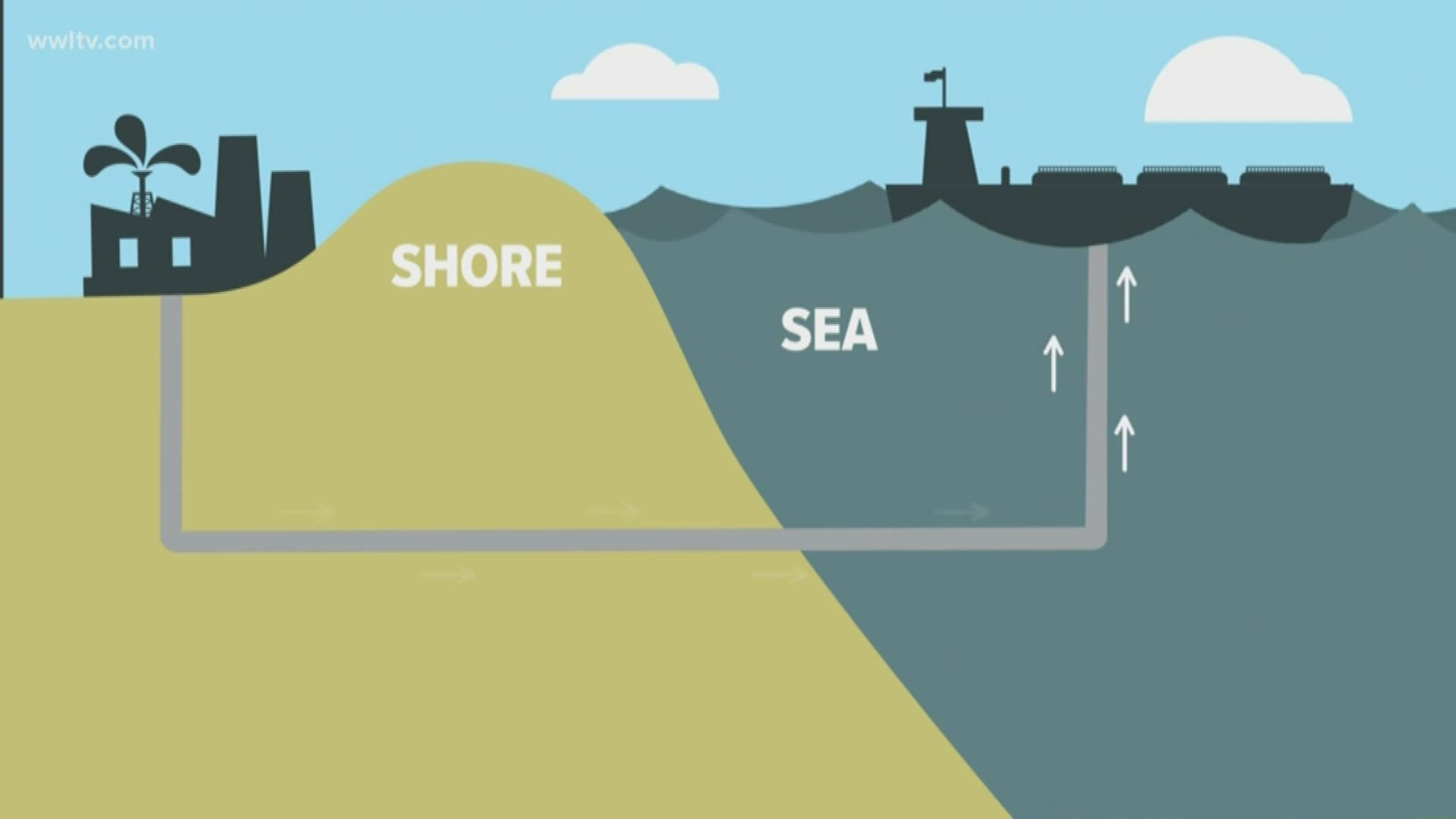 NEW ORLEANS — The Louisiana Offshore Oil Port is located about 18 miles off the coast of Port Fourchon in the Gulf of Mexico.

The United States lifted its ban on oil exports in December 2015.

Since then LOOP has gone from taking in imports to pushing out exports. LOOP President Terry Coleman said the terminal is now exporting about 150,000 barrels of oil per day.

Scalise maintains local consumers benefit as the U.S. reduces its reliance on imports from the Middle East and ramps up domestic production.

"For so long, if OPEC threatened to turn off the spigot you'd see the price go up and you'd see these wild swings," Scalise said. "Look at what's happening today. The price has stabilized a lot more. Even when you saw Iran, taking over tankers in the Strait of Hormuz, decades ago that would have spike oil prices and people would be paying four dollars a gallon at the pump. You didn't see that this time."

"Geo politically, we're able to help our friends around the world and it creates really good jobs here at home," Scalise said.

LOOP takes in oil through a series of pipelines from deep water wells in the Gulf and the shale fields in North Louisiana, Texas and Oklahoma.

While much of the petroleum is sent to refineries in the area, a growing percentage is now destined for places like India, China and Europe.

"We're exporting more oil as a country now that we lifted the ban, but Louisiana's role is going to continue to grow and that means more jobs for us, Scalise said.

Right now, there are nearly 45,000 Louisiana jobs tied to the oil and gas industry.