'If you were to ask 10 people here, 10 people would have told you that I wouldn't have gone to the doctor had we won the game and moved onto the State Championship' 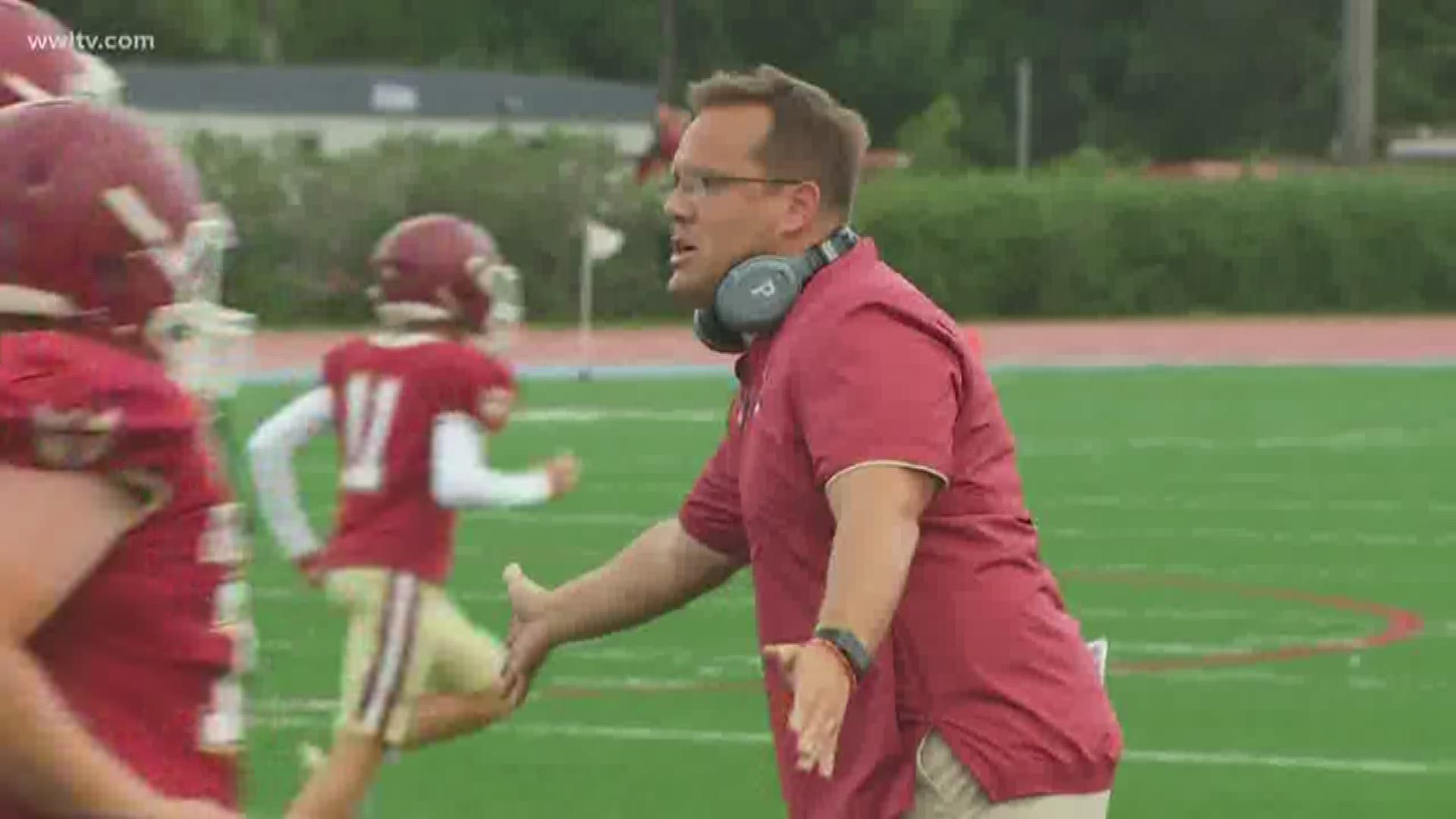 NEW ORLEANS — Sometimes words just don't describe why things turn out the way they do, and in this case, all Brother Martin Head Football Coach Mark Bonis could do was be thankful.

Monday was Bonis' first day back with the crusaders full-time, almost eight weeks removed from the day he needed life-saving surgery.

"We were all shocked," Mmahat said. "The whole school was shocked, but we came together. We prayed for him, and a miracle came."

Bonis began to have back pain and felt tingling in his arm and leg on Thanksgiving.

OTHER NEWS: Man injured in shootout with police threatened strangers before being shot

"I picked up an ice chest that was very light, put in the back of my car, and something popped," Bonis.

But the Crusaders' coach didn't think twice about it. His focus was on Brother Martin's state semifinal playoff game, the next day.

They lost to the Raiders 37–27, and it turned out to be the best loss Bonis has ever been handed because Tuesday after his wife forced him to get medical help — doctors found a tear in his body's main artery. Bonis was just years old.

"Thank goodness she sent me because as we went there later on in the day they found out that I had to be rushed to the hospital immediately," Bonis said.

Brother Martin's seminal loss at Joe Yenni Stadium bugged Bonis, but he realizes that that loss had a silver lining. Had Brother Martin won not lost to Rummel, Bonis may have been to busy to see the doctor that saved his life.

"If you were to ask 10 people here, 10 people would have told you that I wouldn't have gone to the doctor had we won the game and moved onto the State Championship. You just don't have time," Bonis said.

His players and fellow coaches will have more time with him thanks to his doctor, including one of his assistants, Jonathan Norris.

"The first thing he said to us when he woke up in the hospital was that he didn't realize losing a playoff game would be such a blessing," Norris said laughing.

Bonis said he has plenty of blessings to count, including his wife and three children.

He still hopes that one day a blessing will come to him in the form of a State Championship, but he appreciates the present.

"It makes you want to tell people that love you — you love them, and make the most out of every day," Bonis said.