Louis Prima, "the man who played pretty for the people," still entertaining them at N.O. Jazz Museum

Exhibit showcases the musical legacy of the legendary Italian-American musician, who hit it big in his hometown as well as New York, Hollywood and Las Vegas 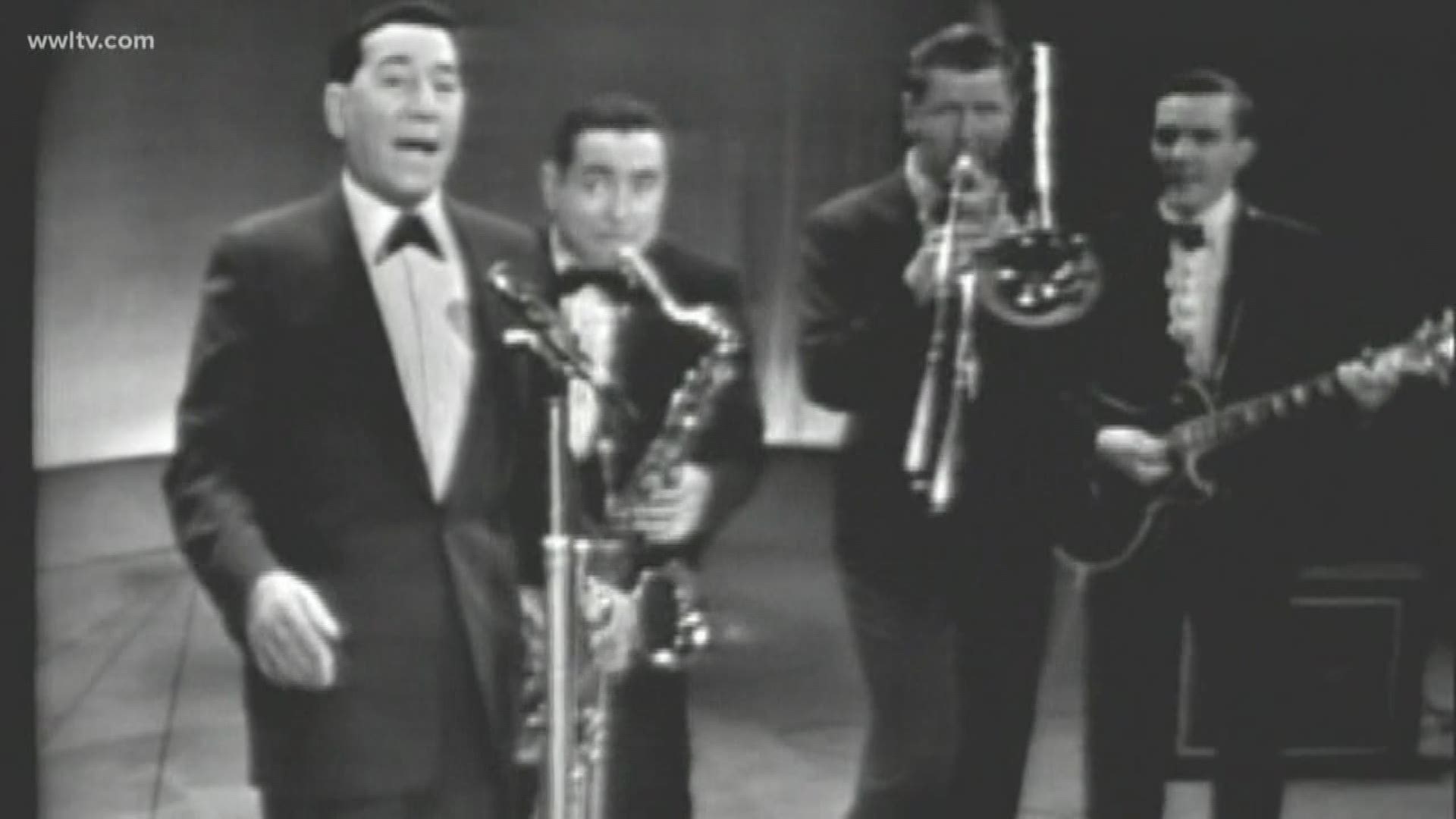 If you’re of a certain age, you know Louis Prima's songs and wild on-stage antics from TV or Las Vegas.  If you’re younger, you know his songs recorded by younger artists like David Lee Roth and Brian Setzer or in TV commercials.

Others know him as the singin’, swingin’ voice of King Louie in Disney’s animated film The Jungle Book.

One thing’s for sure – if that’s all you know about Louis Prima, the new exhibit at the New Orleans Jazz Museum at the Old U.S. Mint will tell you the full story.

His talent took him from Bourbon Street to New York, Hollywood and everywhere in between. The exhibit, which is on display through May 2020, is called “The Wildest: Louis Prima Comes Home."

Although he was born in New Orleans, died here in 1978, and has always been loved in his hometown, some feel Prima doesn’t get the attention he deserves.

"When you look at Louis Prima, you don’t think 'Oh my God, what a great musician, great songwriter.' You look at how this guy’s an incredible entertainer and a ham and in most of the world you don’t get credit for being an artist if you’re also a ham and a great entertainer," said David Kunian, music curator of the New Orleans Jazz Museum and curator of the exhibit. "He was one of the best entertainers and also a terrific musician, songwriter, a great bandleader - the whole thing. But the entertainment aspect of it kind of overrides the quote unquote artistry of it."

Click here for a slideshow of images from the exhibit.

1 / 6
WWL
Some of Louis Prima's colorful clothes are on display at the exhibit.

Prima's artistry is definitely not overlooked at the Jazz Museum. The exhibit covers every aspect of Prima’s life, beginning with his early days in New Orleans. There’s even the violin he played as a young boy. Other photos and memorabilia document his move to New York in the 1930s during the Big Band era, and the Italian songs that Prima, son of Sicilian immigrants, became famous for during the 1940s and for the rest of his career.

"He was the first or one of the first to use his ethnicity and making it a part of pop culture. With all the Sicilian Italian, 'Baciagaloop' and 'Che La Luna' songs  becoming popular, suddenly what was once an immigrant ethnic group is pop culture and a part of mainstream American culture. And that’s especially big because when he was doing that, America was at war with Italy," Kunian said.

As an entertainer, Prima was constantly reinventing himself and his act, which struck gold when he recruited 20-year-old Keely Smith as his singer, and saxophonist Sam Butera, a fellow New Orleanian, as his bandleader.  In the 1950s and 60s, after the Big Band era died out, Louis and Keely cast their luck in Las Vegas.

"Las Vegas was relatively sleepy yet he kind of  invented the whole what happens in Vegas stays in Vegas, that naughty swingers thing that the Rat Pack took and turned into an entire industry and now it’s an entire industry in Las Vegas. He started that," Kunian explained.

In 1958, at the very first Grammy awards, Louis Prima and Keely Smith won a Grammy for their hit rendition of “That Old Black Magic.”  The trophy is on display in the exhibit, along with dozens of other pieces of memorabilia from Tulane University's Hogan Jazz Archive and the foundation which Prima’s fifth wife Gia established before her death in 2013.

The foundation preserves the legacy of an entertainer who they said “played pretty for the people.”  In reality, Louis Prima did much more.

"He could sing, he could write, he could perform, he could play, he really was kind of a quadruple threat," Kunian said. "I think Louis Prima deserves to be up there with Fats Domino, Dave Bartholomew, Allen Toussaint and Lil Wayne who have taken New Orleans' culture and music to the highest levels and brought it around the world.  I think he deserves to be kind of in that stature."

The exhibit, Louis Prima: The Wildest Comes Home, is on display at the New Orleans Jazz Museum at the Old U.S. Mint, 400 Esplanade Avenue. Hours are Tuesday-Sunday 10 a.m. - 4:30 p.m. Closed on Monday. Admission is $8 or $6 for senior citizens. For more information visit nolajazzmuseum.org.

Thanks to filmmaker Joe Lauro for use of archival footage from his film Louis Prima: The Wildest.