Louisiana moves to Phase 3; New Orleans will not - for now

Mayor Latoya Cantrell said the priority is to get kids back into schools,saying it will take two to three weeks to understand how that'll affect the spread of COVID. 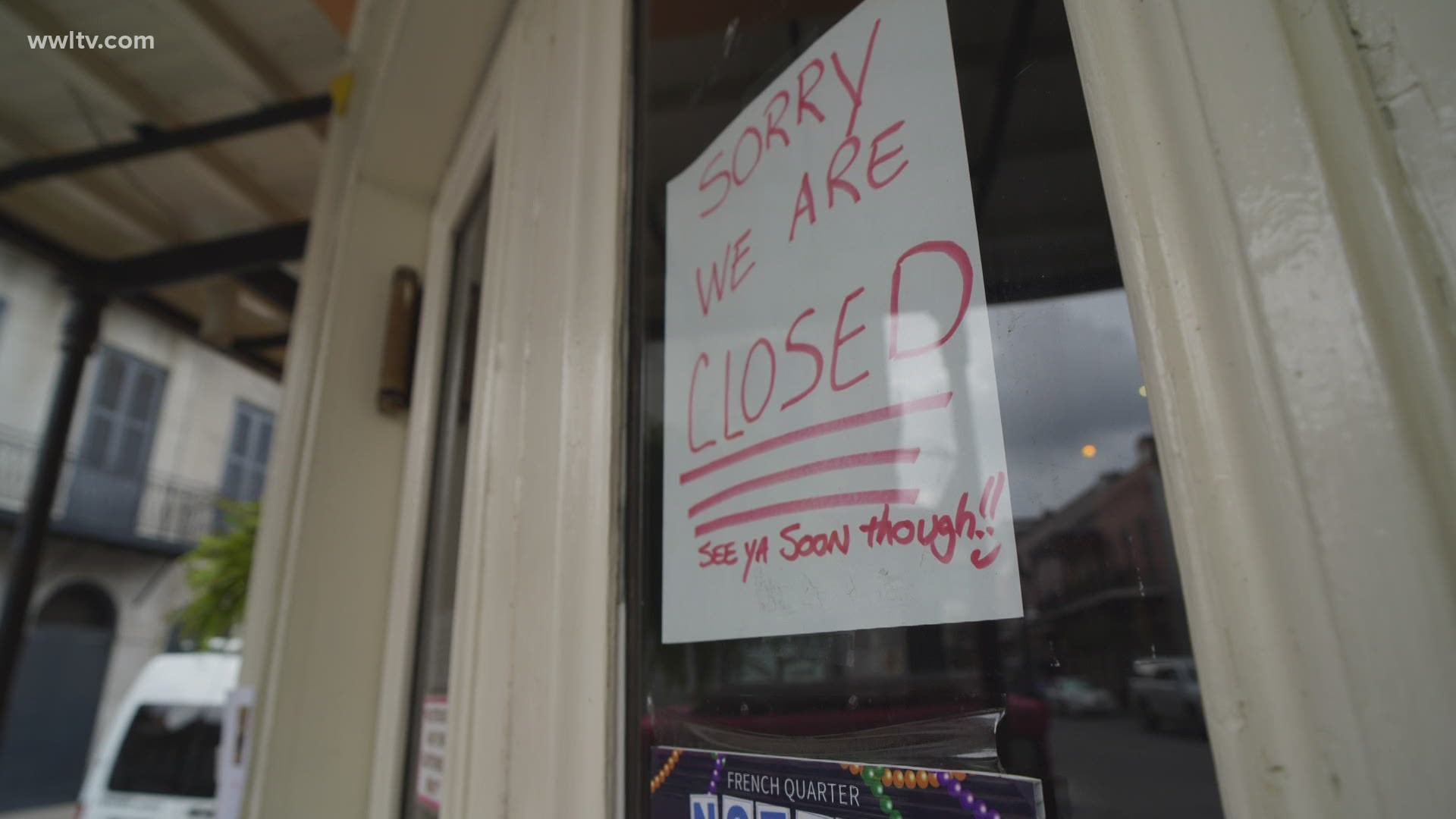 NEW ORLEANS — The state of Louisiana is shifting to its third and what looks to be its final stage of reopening the economy amid the COVID-19 pandemic. The City of New Orleans will not be advancing to that third stage, leaving many service industry and hospitality workers frustrated. Under Phase 3, Louisianans will still have to wear a mask and maintain social distance, but occupancy limits for most businesses will be relaxed.

“Restaurants, churches, spas, gyms, other businesses generally speaking will be able to open at 75% maximum of their occupancy,” said Gov. John Bel Edwards at a news conference Friday afternoon.

Regarding bars, which health officials said played a major role in the spread of COVID-19 in the initial phases of reopening, there will be specific guidelines.

Bars can reopen in parishes that can prove a positivity rate of 5% or less for at least two weeks. The governor said as it stands, only five parishes in the state meet that standard, but overall, cases of COVID-19 across the state are declining.

“Parish governments will have to opt into on-premises consumption of alcohol at bars. If they do that, the bars will be able to open subject to a number of restrictions,” said Gov. Edwards.

Meanwhile, the City of New Orleans will stay in Phase 2. Mayor Latoya Cantrell said the priority is to get kids back into schools, and she said it will take two to three weeks to better understand how that may factor into the spread of COVID-19 in the city.

“The issue is not only getting the children in the classroom; it’s keeping them there, wanting them to remain on-site throughout this school year. That will, without a doubt, open our economy,” said Mayor Cantrell.

Remaining in Phase 2 means capacity limits that have been in effect for months will be extended. It also means bars cannot reopen. Greg Hebert is a long-time bartender at the Golden Lantern on Royal Street in the French Quarter.

He said he understands the need to have kids in school, but the city needs to give bars and businesses some hope to financially survive the pandemic.

“Give us a chance. Let us open up at 25% capacity — whatever we need to do, but if you are going to use our kids as guinea pigs to decide if we are going to be able to open, I don’t think that’s such a good idea,” said Hebert.

As the New Orleans Saints prepare to begin their season this weekend, city leaders said they will be actively patrolling for large gatherings. Tailgating on neutral grounds, block parties under overpasses and spontaneous second lines have been banned.

That will likely stay in place when or if New Orleans joins other parts of the state and enters Phase 3.

RELATED: How much longer can New Orleans' workers, businesses last in Phase 2?

RELATED: Hispanics have highest rate of COVID positivity on tests