One River Ridge resident, Alan Kaye, reached out to his neighbors asking them to email him their complaints about the post office. He got nearly 70 emails in 2 days. 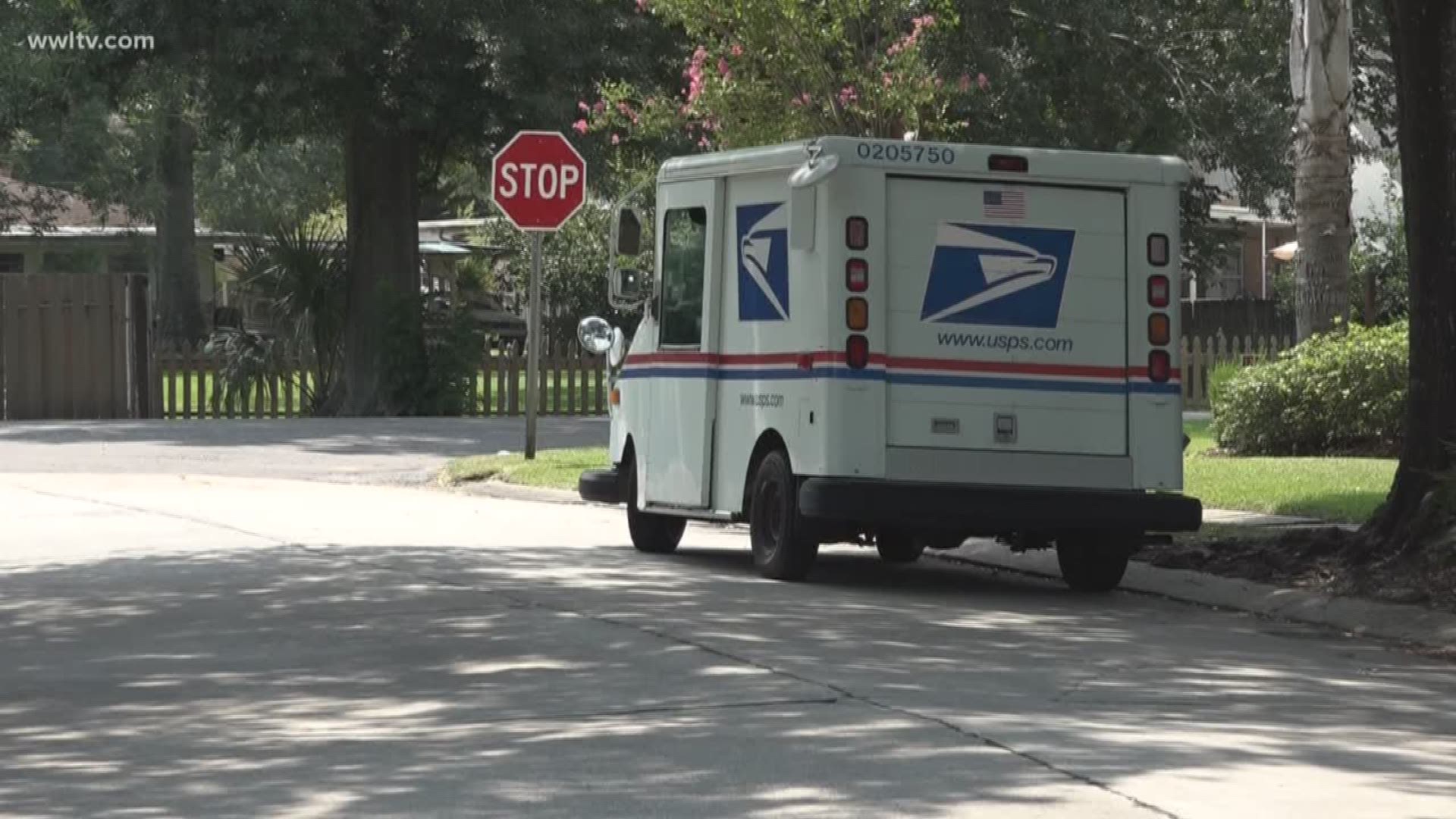 It’s a problem residents have been complaining about for more than a year, but it never seems to get fixed. From Broadmoor to River Ridge, residents say they can’t rely on their mail getting delivered.

"I check my mailbox every day, there's no mail,” a Broadmoor resident said. Across town in River Ridge, residents there are experiencing the same issue.

"I put the flag up and hope it will be picked up and nobody stops,” resident Larry Jones said.

Last November WWLTV spoke to River Ridge residents after they found buckets of mail dumped by the side of the road. At the time the Elmwood Post Office said that the identified employee was currently in a non-duty status with the USPS but the problems have continued.

One River Ridge resident, Alan Kaye, reached out to his neighbors asking them to email him their complaints about the post office. He got nearly 70 emails in 2 days.

"The bottom line is it's an epidemic problem, it's not just one person that's disgruntled it's an entire community,” Kaye said. "Last week I had someone bring me a pile of mail that was found far from my house."

WWLTV reached out to Nikki Johnson, who is supporting the Louisiana District of the USPS. We asked if she'd like us to forward the dozens of complaints to her. She said no but said she was looking into it. Residents have reached out to the post office as well, but feel at a loss.

"I didn't get the sense they really cared,” Jones said.

"There has been little interest in these many months,” Kaye said about the Post Office managers he’s reached out to.

As they all wait on a solution, the problems continue.

Johnson with the USPS said she would provide a statement. So far WWL TV has yet to receive one.