The truck reportedly pulled around the railroad crossing gates at the intersection and was struck by an Amtrak train. 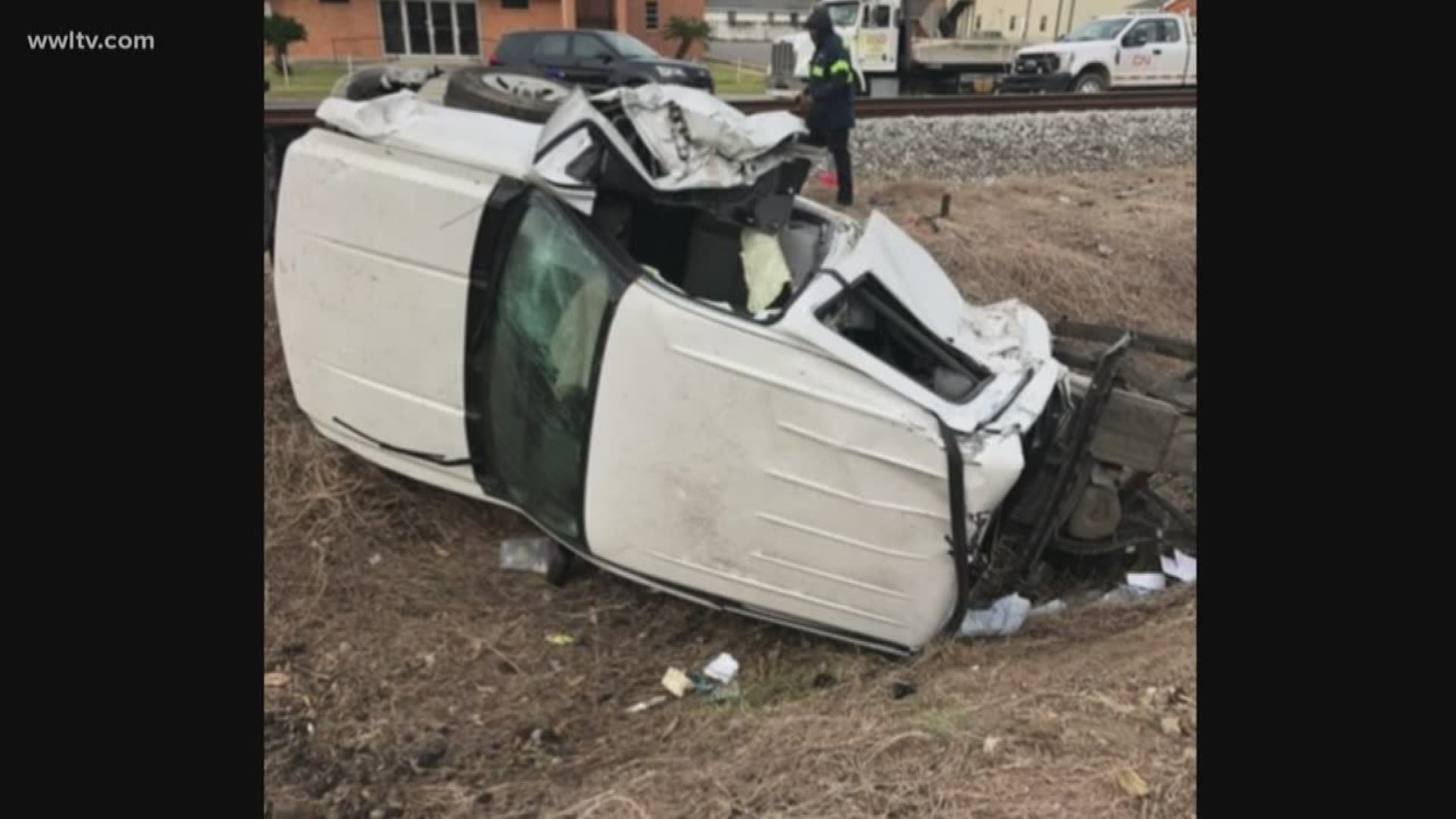 KENNER, La. — A woman attempting to cross the tracks was left in critical condition and her passenger was killed Tuesday after an Amtrak train smashed into a truck in Kenner, police officials say.

According to initial reports from the Kenner Police Department, the crash happened around 2:20 p.m. near the intersection of Clay Street and Kenner Avenue.

The unidentified driver reportedly pulled around the railroad crossing gates at the intersection and was struck by an Amtrak train, police officials said. The force from the impact destroyed the truck and flung the vehicle's back-end dozens of feet into a nearby driveway, NOLA.com reported.

The passenger, an unidentified man, was ejected from the truck. He was rushed to the hospital for treatment but was pronounced dead shortly after. The driver was critically injured but was conscious while being taken to the hospital, Kenner police officials said.

It was not immediately clear what type of train was involved in the incident, but it did not derail and was allowed to leave the scene, officials said.

Police officials said the crash was under investigation and no further information was immediately available.