Man dressed as Klansman kicked out of Picayune bar

"We don't want that taking place in the City of Picayune. This is 2018. It's unacceptable behavior. But, I think the owners handled it very well." 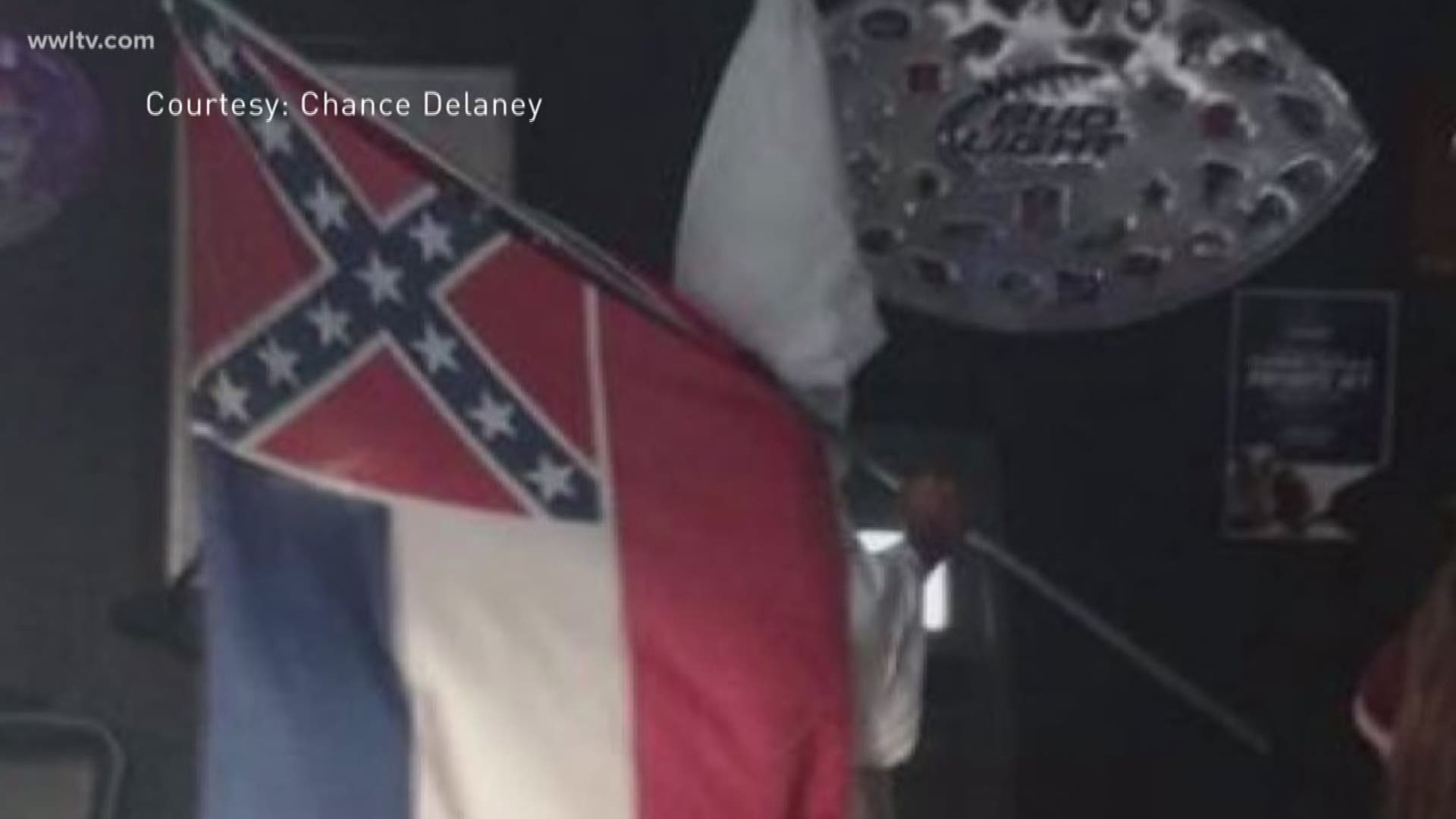 PICAYUNE, MS - "It's an image millions see as offensive. A symbol of hate," Bryan Carroll said.

So imagine Carroll's surprise when he saw a man dressed from head to toe as a Klansman, walk in his bar.

"It's my business, so I was the one that was left to either let it happen or not. And I chose not to," Carroll said.

Across the Pearl River, on a little two-lane road by the car wash in Picayune, Mississippi sits Mutt and BC's Bar and Grill.

On Saturday, owner Bryan Carroll hosted their annual Halloween Costume Party. Like a good host, he was walking around entertaining guests when he saw it.

"He was dressed in a white hoodie and all the little patchwork, you know with the KKK on there, carrying the Mississippi flag," Carroll said.

Carroll says the man argued back, but didn't win.

"He said for what!? It's a costume party?? I said, that's not a costume," Carroll said.

Carroll personally escorted him out.

A picture of the costume on Facebook soon raced across the internet. As did support for the stand Carroll took. Especially from Black people living in the town.

"I'd tell him thank you. He did the right thing," Picayune resident DelRae Smith said.

"It sends a message that everybody in Mississippi is too racist,'" Picayune resident Davien MaGee said.

"We don't want that taking place in the City of Picayune. This is 2018. It's unacceptable behavior. But, I think the owners handled it very well," Mayor Ed Pinero said. "If you wanna do Halloween dress up like Spongebob."

As for those who disagree with Bryan Carroll "I've had a couple of smart comments by people behind some screen sent to my messenger, saying everybody's not welcome. Well, they are welcome. As long as they're not starting trouble," Carroll said.

Carroll felt he had no choice, because for him, there's no excuse for ignorance, even at a Halloween party.

Carroll says he didn't recognize the man who walked into his bar.

Caresse Jackman can be reached at cjackman@wwltv.com.