The St Tammany Parish District Attorney ultimately refused to prosecute Heyd, but he is seeking damages from the Sheriff and from Steinert for the financial hardship he says the faulty arrest caused 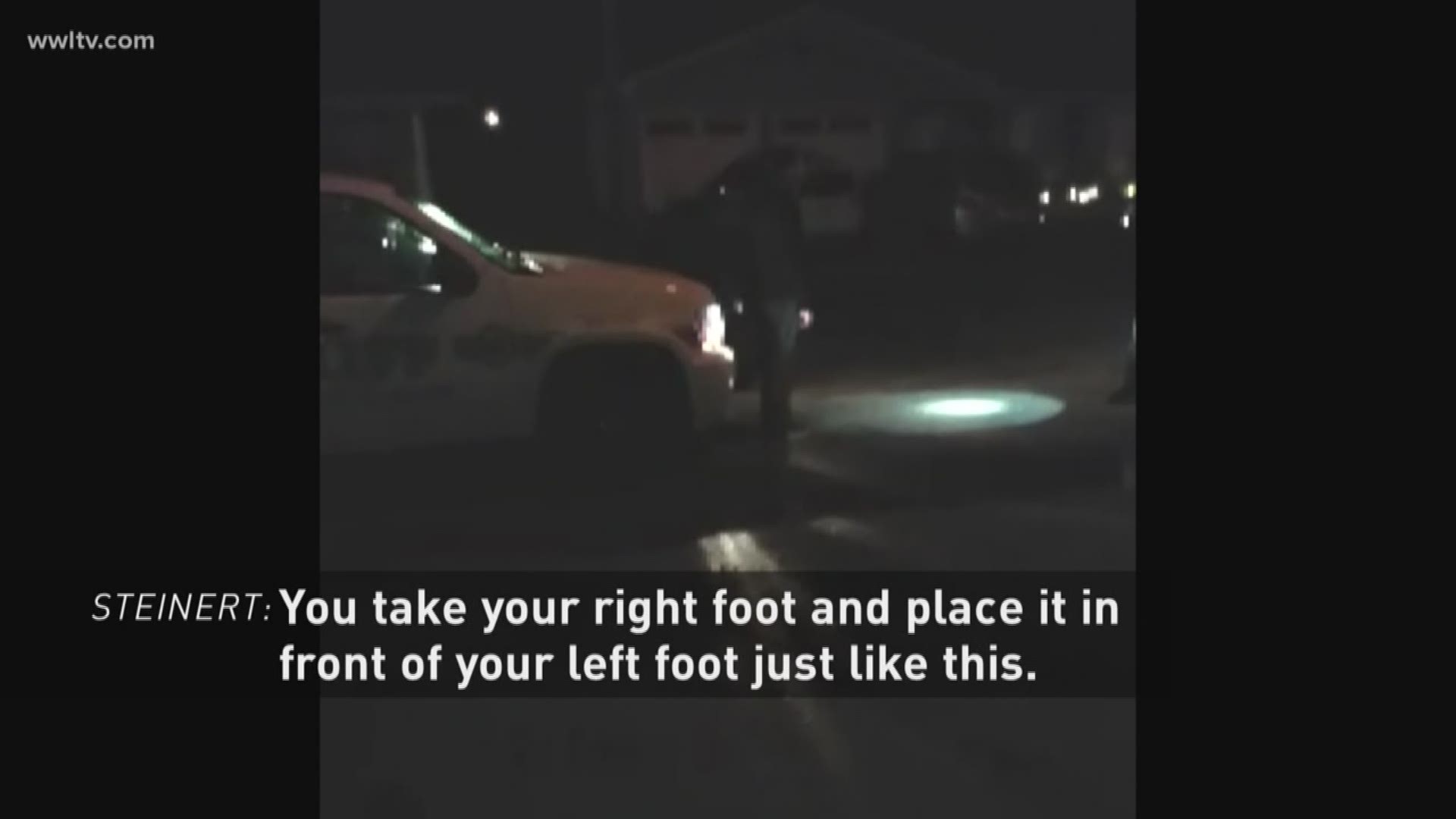 NEW ORLEANS -- The man who cell phone cameras caught passing a field sobriety test, yet was arrested anyway for DWI by a St Tammany Parish Sheriff's deputy, filed a federal civil rights lawsuit against him and Sheriff Randy Smith.

Ryan Heyd was arrested for DWI, 2nd offense, in January 2016. Arrest reports said Deputy Ricky Steinert had spotted Heyd driving erratically through his Slidell neighborhood, so Steinert pulled him over.

Friends who were in the car with Heyd video taped his field sobriety test.

A WWL-TV/New Orleans Advocate joint investigation revealed Steinert's police report on the arrest drastically differed from what the video showed.

A report generated from an internal affairs investigation conducted by Sheriff Smith said Steinert confessed to one of his supervisors that he had cut and pasted the probable cause from a previous arrest report.

The lawsuit alleges Steinert and Smith violated Heyd's "Fourth Amendment right against illegal seizure" and his Fourteenth Amendment right to due process, since Heyd was arrested and booked into jail based on a false police report.

The complaint says Heyd could not afford the court-mandated interlock device that was supposed to be installed on his car and, therefore, could not drive the entire time he was awaiting trial.

The St Tammany Parish District Attorney ultimately refused to prosecute Heyd, but he is seeking damages from the Sheriff and from Steinert for the financial hardship he says the faulty arrest caused.

Steinert was not arrested and he was not fired. Smith said Steinert resigned before he could fire him.

While filing false public records is a crime under Louisiana law, Steinert was not arrested or charged with a crime.

A statement from the St. Tammany Parish Sheriff's office said that Smith has not been served with a copy of the lawsuit, so he can't comment on it yet.

"Sheriff Smith would, however, point out that the incident in question occurred under the prior administration of Jack Strain, and that Sheriff Smith has asked the Louisiana Attorney General to investigate this matter regarding former deputy Steinert's conduct," the statement read.