The victim was unresponsive when police officers arrived at the scene in the 1800 block of St. Anthony Street, between N Prieur and N Roman Streets. 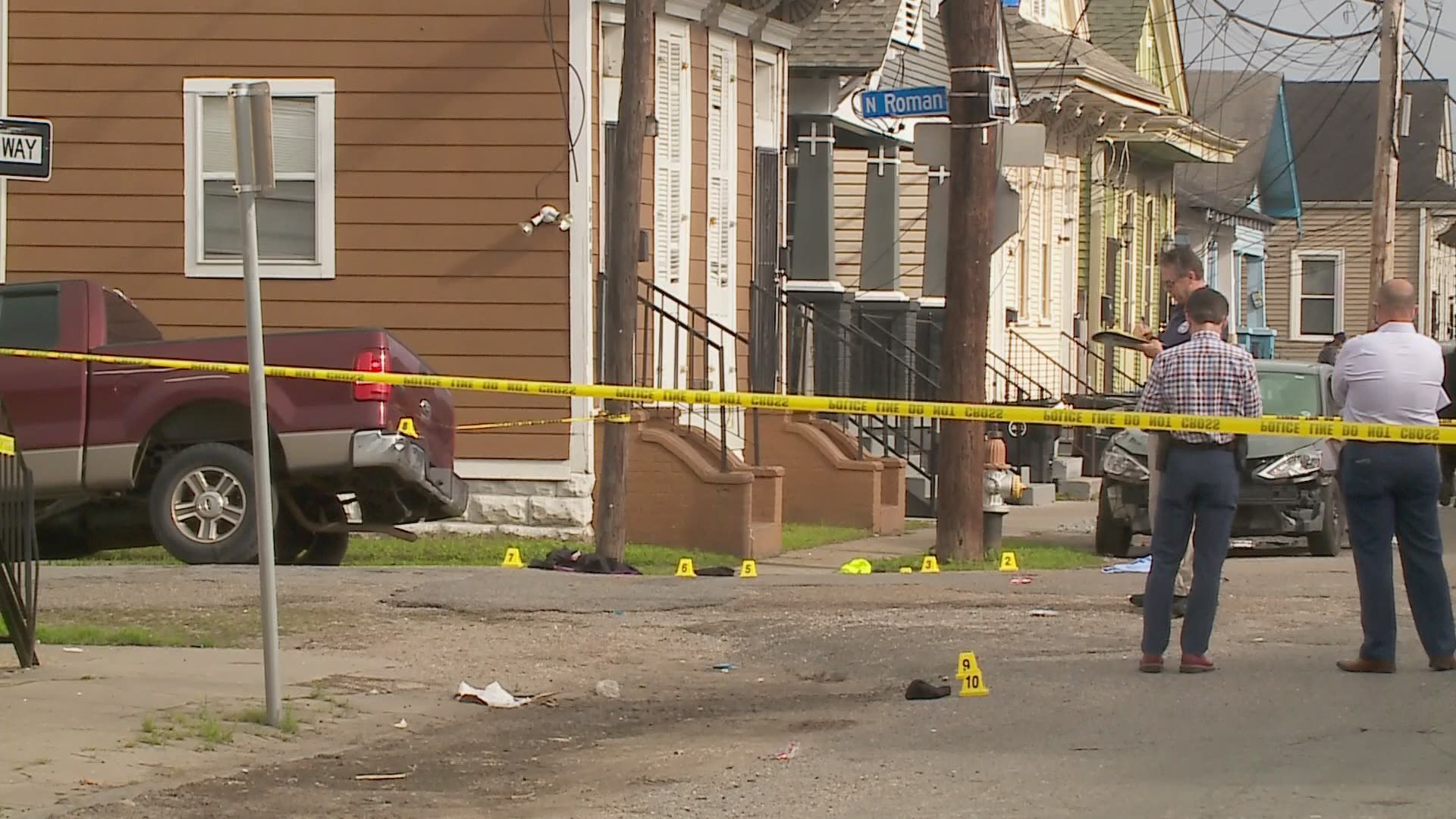 NEW ORLEANS — A man was declared dead at the scene of a 7th Ward shooting Thursday morning, a police spokesperson said.

The victim was unresponsive when police officers arrived at the scene in the 1800 block of St. Anthony Street, between N Prieur and N Roman Streets. That area is below an elevated portion of the I-10.

Officers with New Orleans Police Department's Fifth District were sent to the scene after reports of shooting the area, around 7:24 a.m.

"No additional details are available at this time," an NOPD statement said. "The Orleans Parish Coroner’s Office will identify the victim and official cause of death upon completion of autopsy and notification of family."

According to the statement, Homicide Detective Jamaane Roy is in charge of the ongoing investigation and can be reached at 504.658.5300 or call anonymously to Crimestoppers of Greater New Orleans at 504-822-1111 or toll-free at 1-877-903-STOP with any information that can aid the investigation.