It started in Scotland late last year and immediately went viral. Now MDOT is doing it, and so far it's a raging success, pulling in over 6,000 names for snowplows. 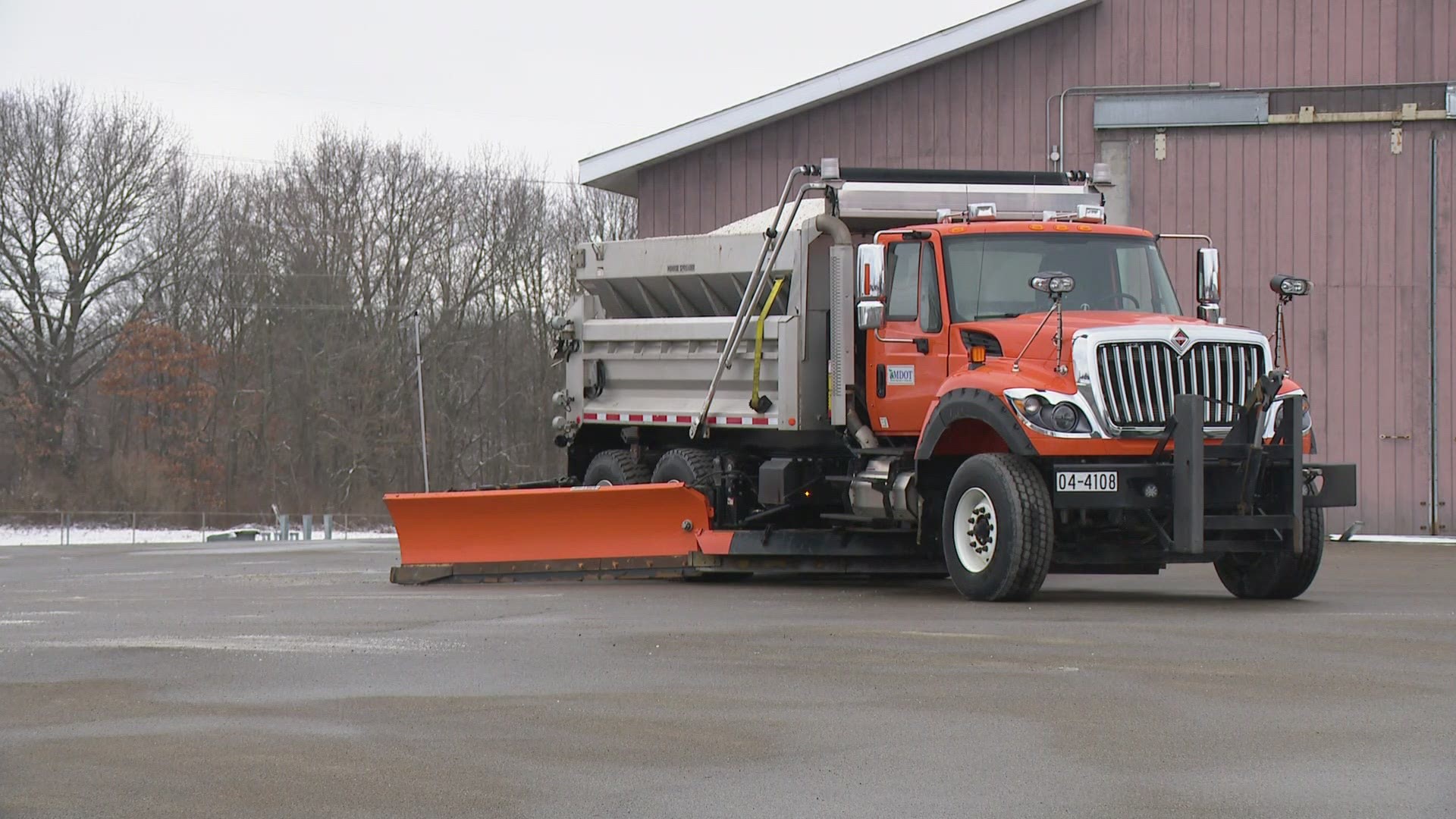 PLAINWELL, Mich. — They're big and they're slow, but they're always out spreading the stuff that hopefully will prevent us from fish-tailing down the highway or a side road and ending up in the ditch.

We're referring to Michigan Department of Transportation (MDOT) snowplows, whose yellow spinning lights and piles of muddy snow can be seen all over West Michigan this time of year.

What if each snowplow had a name? That's what's currently in the process of happening, as MDOT is asking for the public's help to come up with creative names for all 340 snowplows in its statewide fleet.

In late 2020, a story went viral that cities in Scotland were naming their snowplows. Names like, 'Gritty Gritty Bang Bang,' 'License to Chill' and For Your Ice Only,' were among many creative suggestions people came up with across the pond.

"I blame it on Twitter," said Nick Schirripa, who's a spokesperson for the MDOT. "Somebody Tweeted us the Scotland map with all the names and suggest MDOT do the same thing.

Soon after the first of the new year, Schirripa and his staff went to work, creating a game-plan of how naming all of Michigan's snowplows would rollout.

Schirripa took to Twitter and asked the question, 'If you could name a snowplow, what would you name it?'

"We got a list of more than 100 submissions in roughly 12 hours," said Schirripa. "From that list, I picked 30 names and attached them to snowplows in the southwest region [of Michigan]."

It was part of MDOT's 'soft launch' of the public-driven contest, and it proved to be a success.

Some of the names include, 'Plowy McPlow Face,' 'Sir Salt a Lot' and 'Little Snow Peep.'

"There have been some really creative names submitted," said Schirripa. "We wanted to make this fun and didn't want it weighted down with bureaucracy, like everything else in government."

Ideas from the public can be submitted to Michigan.gov/NameMISnowplow. There are only two guidelines for entries:

To see if your snowplow's name was selected, go to MDOT's interactive MI Drive Map, where you can turn on the GPS, showing all the plows currently on the roads, then hover your mouse over the icon above the plow to see its name.

"We won't be putting the names on the trucks," said Schirripa. "The only place people will see the names is on MI Drive."

Schirripa says even though winter is one third over, MDOT will whittle down all of the names, by region, and attached them to all 340 snowplows within a few weeks.

"I think we owe it to the thousands of people who have taken time and harnessed their creativity to give is this list of names," Schirripa said. "Thank goodness it's been kind of a quiet winter for most of the state, because that buys us some time to ease into this a bit."