According to a federal criminal complaint, Emily Hernandez was identified by several tipsters 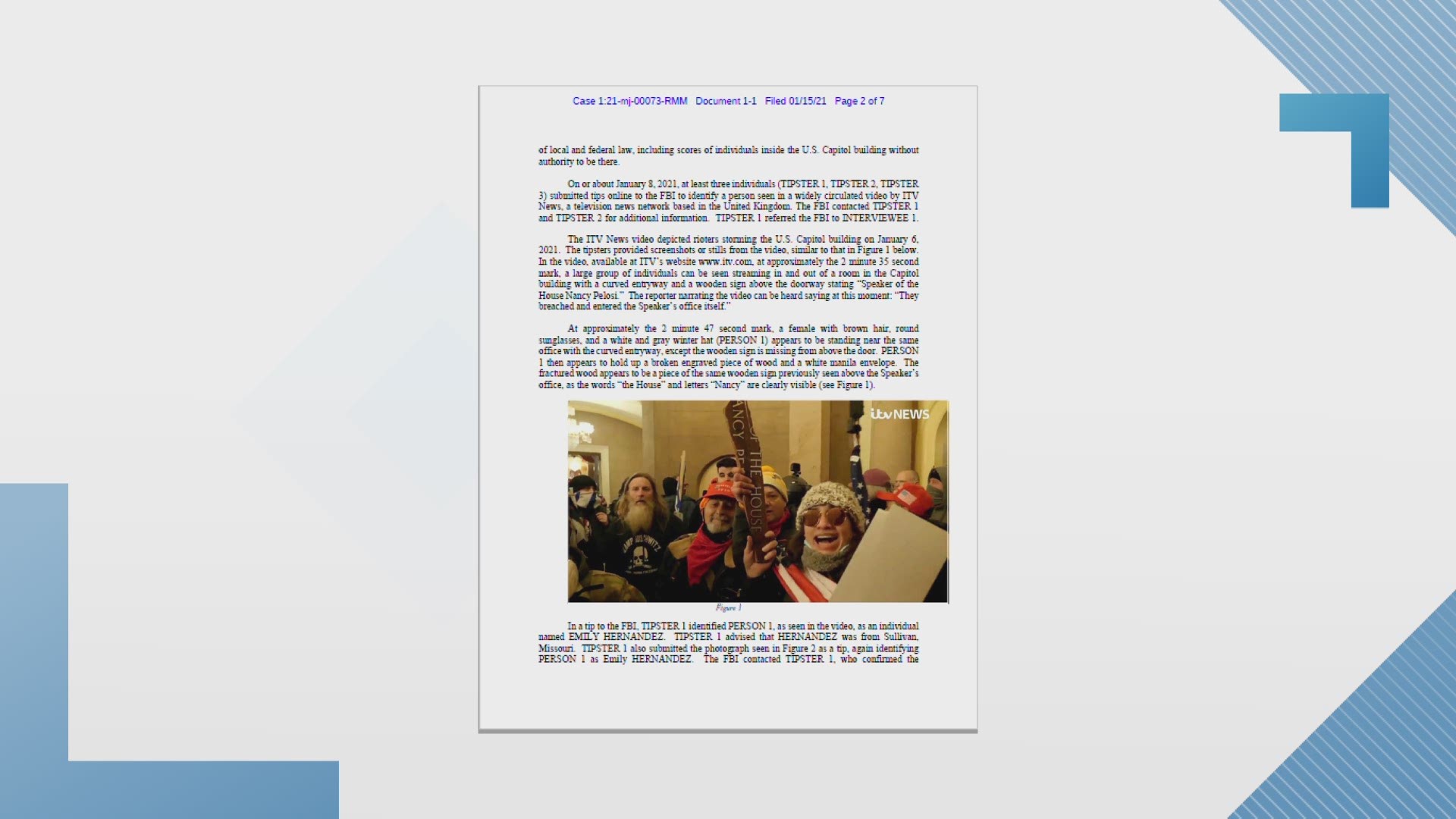 WASHINGTON — A woman from Sullivan, Missouri is facing several federal charges in connection with the Jan. 6 riot at the U.S. Capitol.

According to a federal criminal complaint, Emily Hernandez is facing the following charges: knowingly entering or remaining in any restricted building or grounds, disorderly conduct which impedes the conduct of government business, steal, sell, convey or dispose of any thing of value in the United States, disruptive conduct in the Capitol buildings, parading, demonstrating or picketing in the Capitol buildings.

On Jan. 6, shortly after President Trump addressed his supporters and vowed to "never to concede" the 2020 election in a speech, rioters stormed the Capitol, breaching all police barricades and forcefully entering the building.

The federal court documents detail Hernandez being seen in an ITV News video that showed rioters storm the Capitol on Jan. 6. ITV News is based in the United Kingdom. A large group of individuals can be seen streaming in and out of a room in the Capitol building with a curved entryway and a wooden sign above the doorway that read, “Speaker of the House Nancy Pelosi.”

Hernandez can be seen in a video clip holding a broken piece of the wooden sign.

It's not clear if Hernandez is in custody.

Dozens of people have been charged in connection with the riot.

This story will be updated as 5 On Your Side receives more confirmed information.