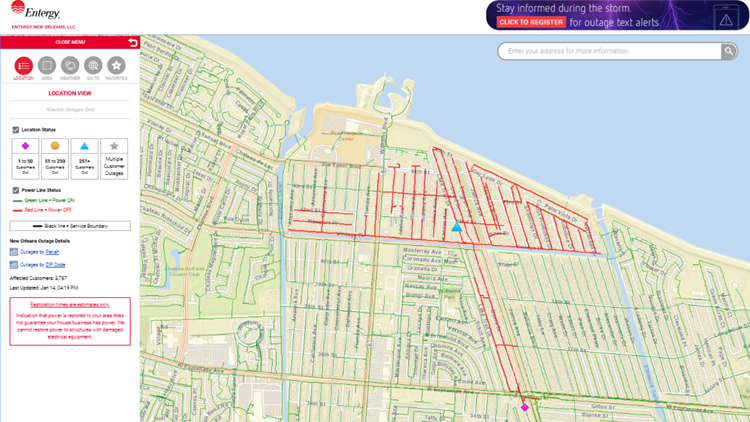 More than 1,900 Entergy customers without power in Kenner

NEW ORLEANS — UPDATE: An Entergy spokesperson said power was restored to all customers who lost power around 4:30 p.m., and they said equipment failure caused the outage.

Most of the customers affected were north of West Esplanade Avenue between the Duncan and Elmwood canals, near the Pontchartrain Convention and Civic Center.

The Entergy outage map said the 1,977 customers should have their power back up by 7 p.m. Tuesday.

This is a developing story and will be updated periodically. Check back with WWLTV.com for the latest news.

RELATED: Power restored to JP after lights go out for thousands, tornado watch over

RELATED: More than 2,300 without power in Jefferson Parish