The New Orleans Rolling Saints squad is made up of veterans who served in different branches of the military. 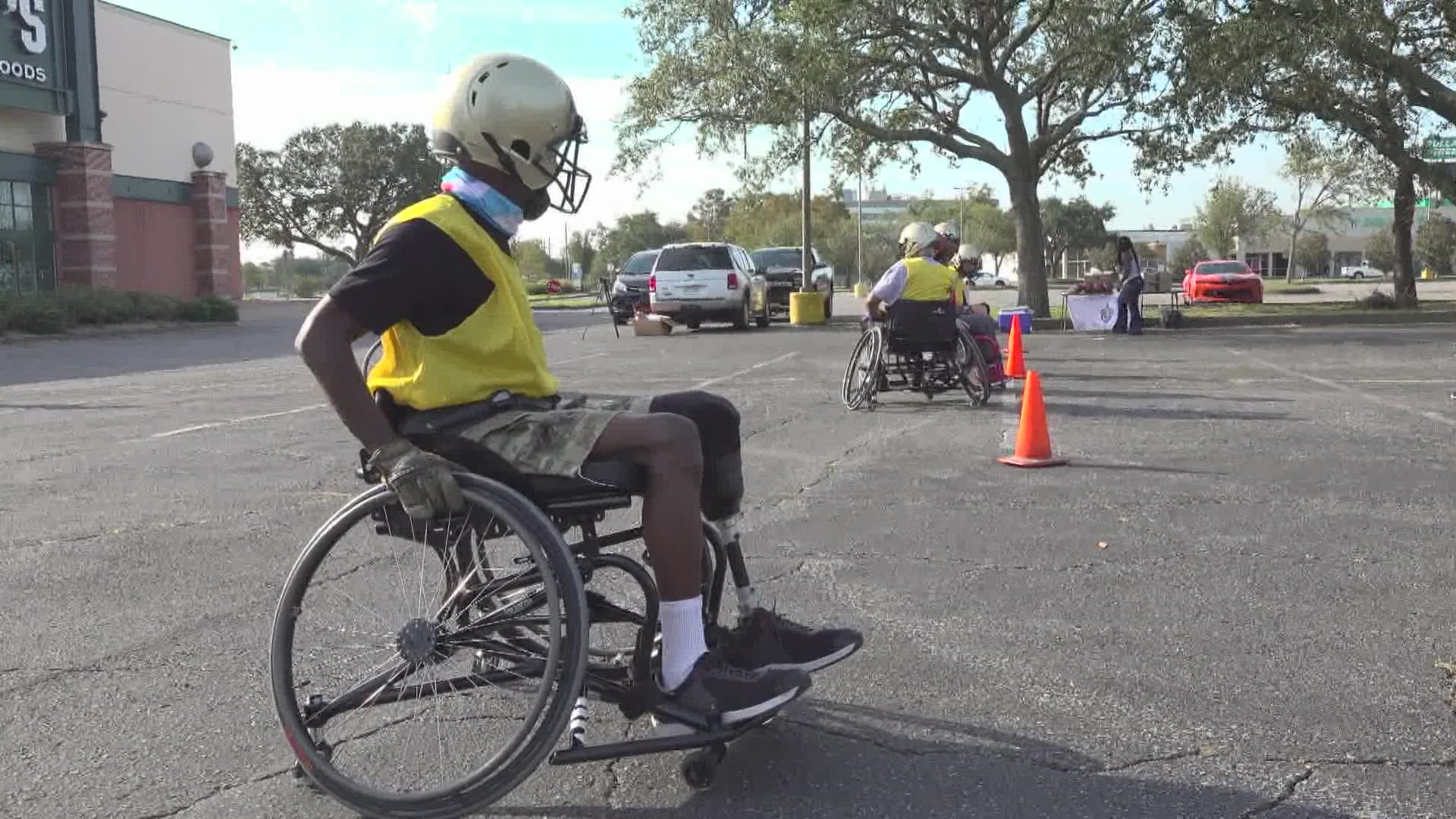 NEW ORLEANS — Move United is partnering with the NFL to provide an outlet for people with disabilities.

The USA Wheelchair Football League is the first of its kind football league for adults with disabilities to reach their highest potential through a competitive, fast-paced, team sport.

"Having an opportunity to come and play football and represent the city of New Orleans like this man it's been wonderful," J.D. Drinker, the Rolling Saints Quarterback said.

The USA Wheelchair Football League brings together highly trained coaches with passionate athletes, building skills and inspiring athletes to excel both on and off the field through teamwork, dedication, and resilience.

"Myself and another team member drive all the way from Alabama, we got a guy that drives from Mississippi, and we drive every single weekend," Drinker said.

The New Orleans Rolling Saints squad is made up of veterans who served in different branches of the military. Members said it makes the comradery stronger.

"We got all the branches support, we go another guy here, he's a marine so we like to pick on them and talk really slow when we have the marines on the team," Drinker said.

The goal is to give people a chance who wouldn't otherwise have a chance to play sports.

"It is very enlightening, from the standpoint of working with individuals who were originally written off, and what we're doing with their assistance is bringing them to the forefront and participate in activities that make like worth living," Coach Don Rome with the New Orleans Rolling Saints said.

While football is mostly a male-dominated sport, one woman who is participating wanted to show she can participate with the boys.

"A lot of heavy competition hard work, it's just a fantastic thing, I do want to show women over 50 they do have the ability to get out here and participate and reap the benefits of this" Amy Sanders said. 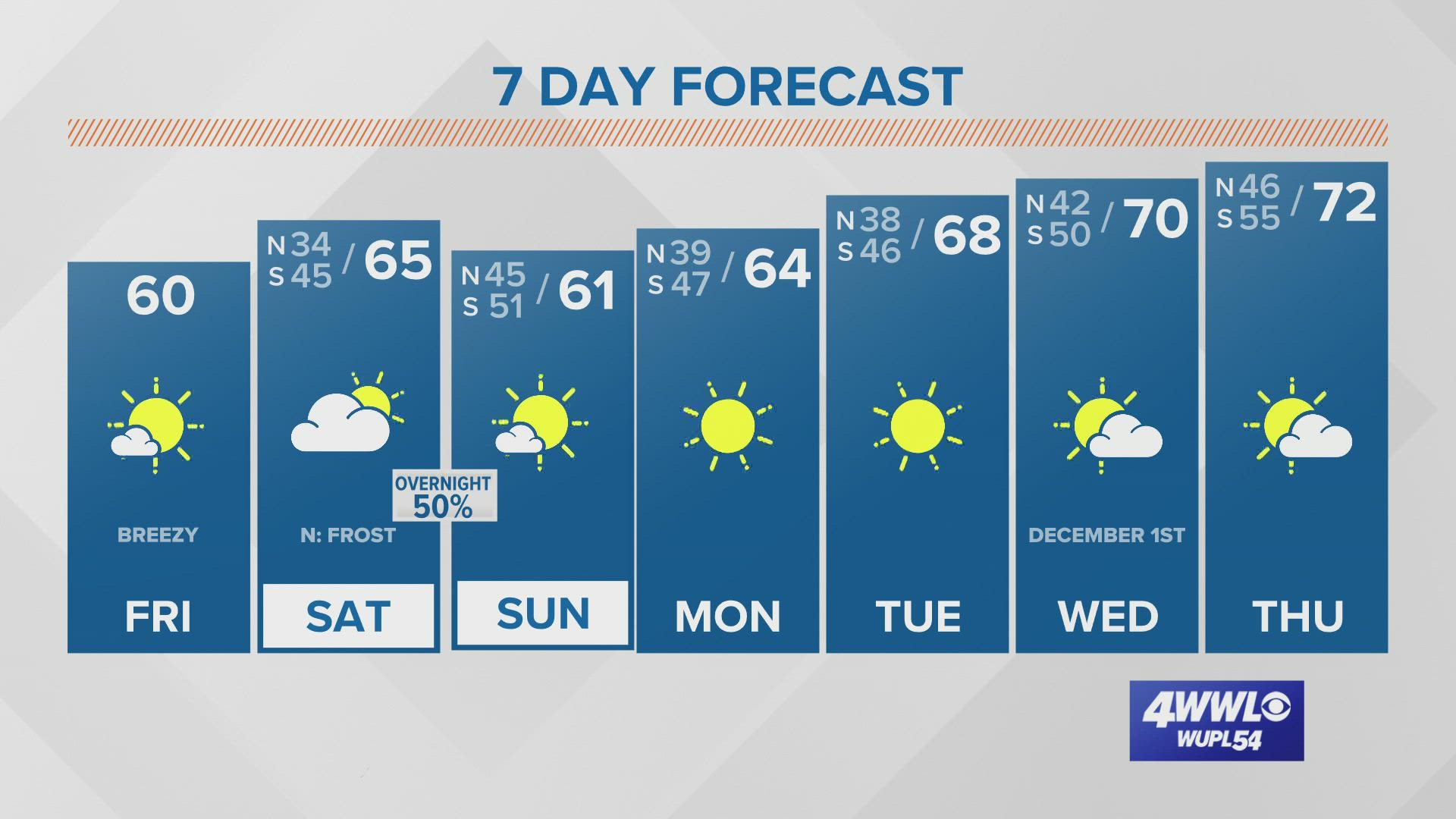 Cool Friday with frost for some Saturday morning, rain for parts of the weekend