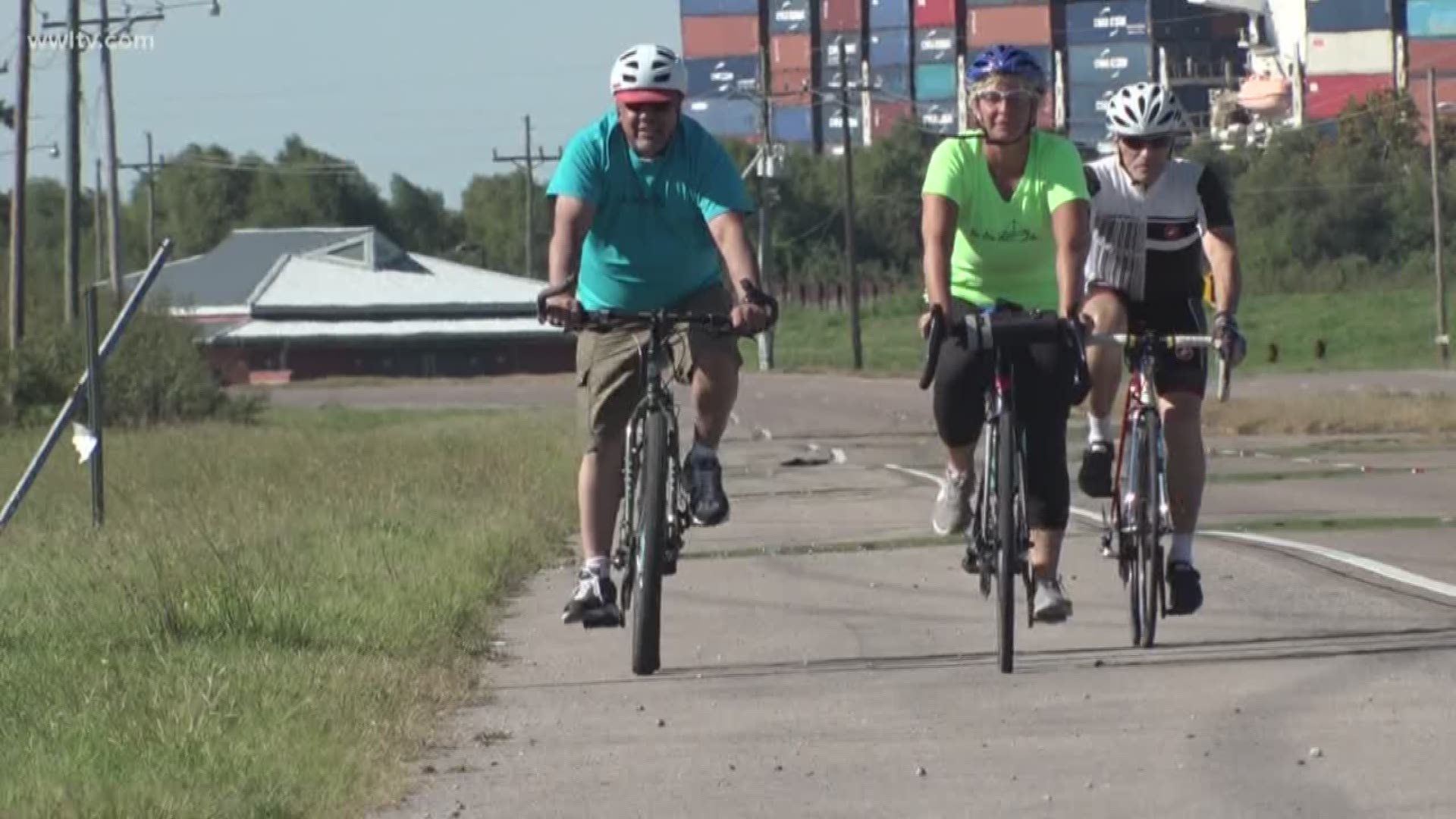 Along Highway 23 in Plaquemines Parish there was a group of cyclists Saturday who were out for more than just a leisurely morning ride. This ride, which started out two months ago in Minnesota, is about a mother, and her son, Chris Stanley.

“He was (Chris) was lost in the Mississippi River (near Minneapolis) 18 months ago,” said Melissa Melnick, Chris’ mother. “His plan after graduating from the University of Minnesota was to do this ride. While he was lost for the 10 days in the river I decided that I would either ride with him in celebration, and or I would ride in memory, so I ride in memory of Chris.”

Police say it was an accidental drowning that killed Chris, but more than being about the 22-year old’s death, his mother says this is ride is about his life. So this 53-year-old pastor with grief in her heart set out from Minneapolis on Labor Day. She’s no expert on the bike but found strength from her friends, some riding alongside of her. Others took time off to drive her support vehicle, which followed along. And though, it was the Mississippi that took Chris’ life, Melnick found courage in the river as she rode alongside it for more than 1,500 miles.

“The Mississippi River runs right through Minneapolis and St. Paul and it was about 5 blocks from Chris’ house. He was down there all the time. He biked by it, he sat by it, wrote by it, meditated by it and so it was journey I could make with him in a certain way,” said Melnick. “Just to finally be at the end. The whole time (I was) wishing it was Chris, coming to the end of his ride.”

Melnick’s journey started out as way to honor a son’s life and a mother’s love. Greeted by her friends and family, it ended Saturday but not without hopefully inspiring a few other hearts in need of mending.

This river is actually in many ways is emblematic of our country right now just divided,” said Melnick. “So I thought it maybe I could share some words of love and hope in the midst of sorrow and deep grief and maybe I could bring some love and hope and some understanding to people because Chris would really want to share those things with others”

Melnick biked anywhere from 20 to 60 miles per day. She rested on Wednesdays and Sundays.