They were all in the town of Ponchatoula which has a population of only 7,000. They were all just minutes away from one another. One was dead on arrival. 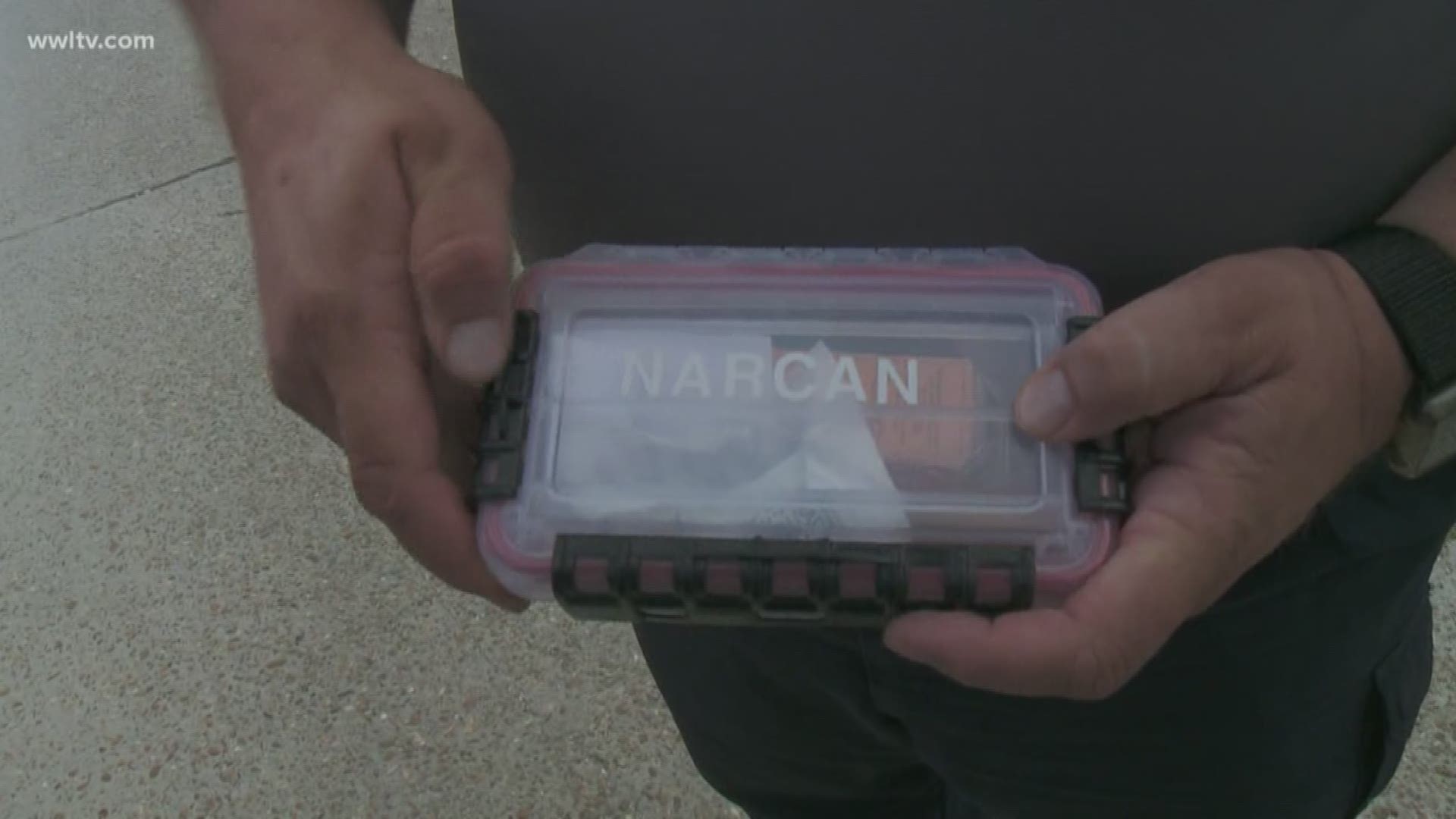 NEW ORLEANS — In one small Northshore community, the opioid epidemic has taken a life. Over the course of just more than an hour last Tuesday, there were three overdoses reported. Two of those people were revived by emergency personnel.

Now, there's an investigation into those overdoses that could lead to murder charges.

On Tuesday, Sept. 24, Ponchatoula Police and the Volunteer Fire first responders received an emergency call. And then there was another, and then yet another.

"One afternoon, within an hour and a half time period, we received three calls of three different overdoses within our community," said Chief Bry Layrisson of the Ponchatoula Police Department.

They were all in the town of Ponchatoula, which has a population of only 7,000. They were all just minutes away from one another. One was dead on arrival on President Hoover Street. She was a mother of a few children, only in her 30s.

"That's one of the worse parts of the job, having to speak with a family members," said Layrisson.

The other two began breathing again when first responders sprayed NARCAN up their noses to reverse the deadly affects of heroin on the brain.

"It's sad. It's sad for the community. It's sad for our firemen, because they're always putting their self in a situation, because you never know how people are going to act when they're on this," said Chief Stormy Joiner of the Ponchatoula Volunteer Fire Department.

RELATED: 2 Louisiana inmates back in custody after escape

When Layrisson was asked if he suspects it was the same batch of heroin with fentanyl in it, he responded:

"We do. Yes. And one victim that passed away, she did have fentanyl in her system. We believe it's going to be from the same supplier and that it had lethal doses of fentanyl mixed into the heroin."

The chief believes the heroin came from a New Orleans dealer, initially sold to a dealer in the Ponchatoula area. It's now a murder and attempted murder investigation.

He says the people who were saved at Kiwanis Park and in a Walmart bathroom, and those with them, need to talk to police and cooperate, or they will face serious obstruction of justice charges.

But he also has a message for people struggling with addiction and their families.

"Last year, we signed up with the Operation Angel program, and anybody suffering with drug, or even alcohol abuse, can walk into our police department and just simply ask for help. They can even bring the illegal narcotics with them, with no fear of being arrested."

The Angel Project addiction treatment program is free to people in Tangipahoa and St. Tammany parishes. The Ponchatoula police chief says in the last year and a half, six people have come in for help.

Meanwhile, in New Orleans, 4,000 junior high and high school students have a new awareness about the dangers of drugs.

The DEA put on the Youth Summit on Opioid Awareness at the UNO Lakefront Arena Tuesday morning, where students were treated to entertainment, including local rap artist Dee-1.

RELATED: After bankruptcy filing, Purdue Pharma may not be off hook

The event also featured serious talks by parents who have lost children to an overdose, and a film on dealing with addiction.

The summit aimed to empower students to take action to promote prevention and being healthy.

"I learned that drugs is not good, especially not for kids because it could cause death," said Derrielle, a sophomore at MLK High.

"We're learning how to not let people influence us to doing drugs" said Calwanna, a sophomore at MLK High.

More on Operation Angel in Tangipahoa:

More on an overview of the Angel Project with The New Orleans Mission: