Police said a suspect was apprehended near the scene of a shooting in 700 block of Canal St. Sunday morning involving multiple victims 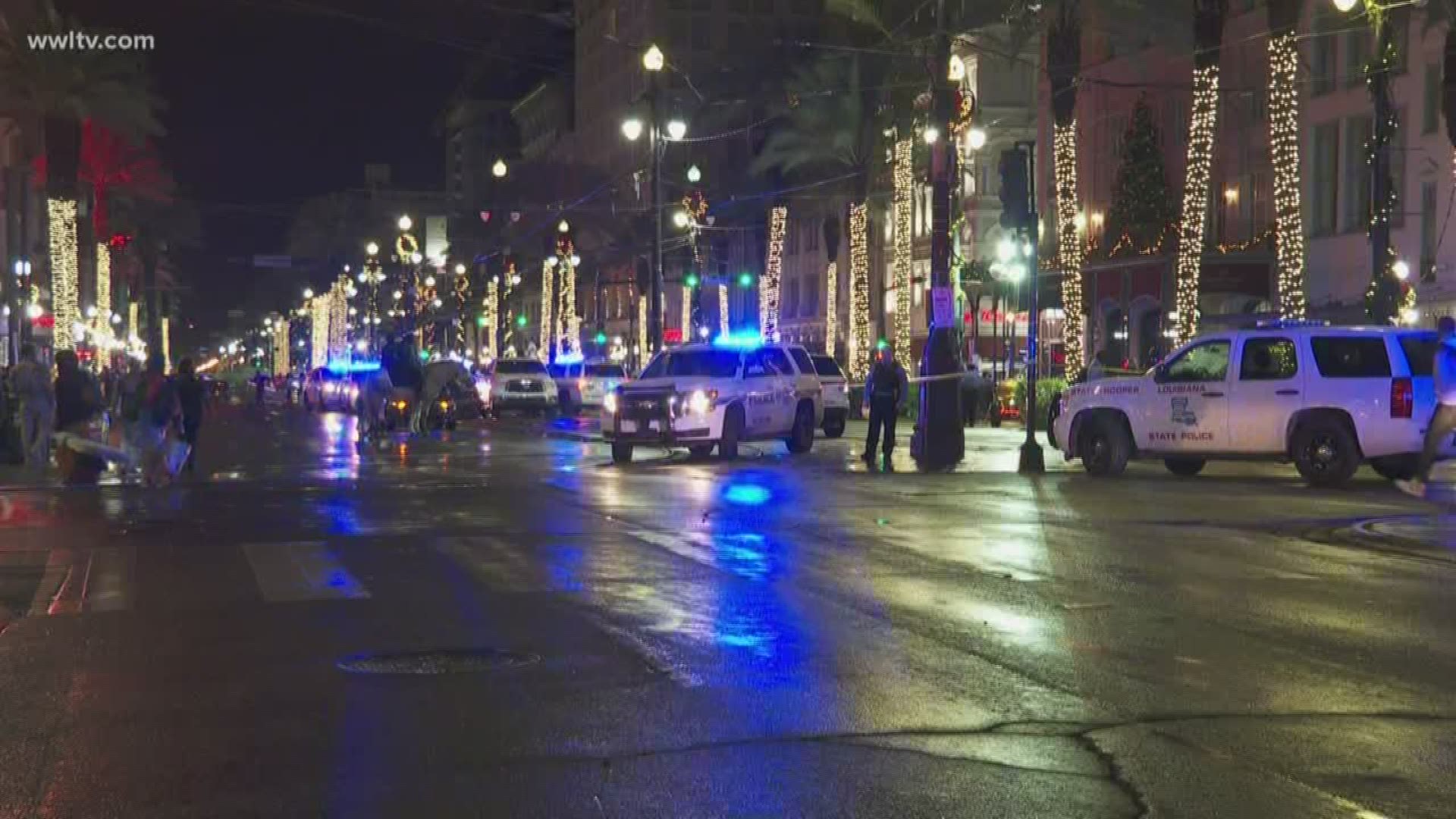 For the latest information on this developing story, click here.

According to NOPD Superintendent Shaun Ferguson, the shooting occurred around 3:25 a.m. in the 700 block of Canal Street, between Bourbon and Royal Streets.

NOPD and State Police had an increased presence in the French Quarter at the time for Bayou Classic weekend.

"We had officers on that very block that thought they were being fired upon," Ferguson said. "Unfortunately, there were so many people out here we were unable to determine who was actually firing shots at the time."

Two people are in critical condition according to police. The victims were taken to University Medical Center and Tulane Hospital. No police officers were injured.

Police originally reported that ten people were shot, but an eleventh victim arrived at the hospital as a walk-in later that morning.

Police say one person has been detained, but they are not a suspect in the case. Police have not determined a motive for the shooting.

Eyewitness News will have more on this developing story online and during the Eyewitness Morning News at 6 a.m.