The wife of Chris Green said the father of two was in a medically induced coma. Green was at a protest in Olde Towne when people pulled a statue down on him. 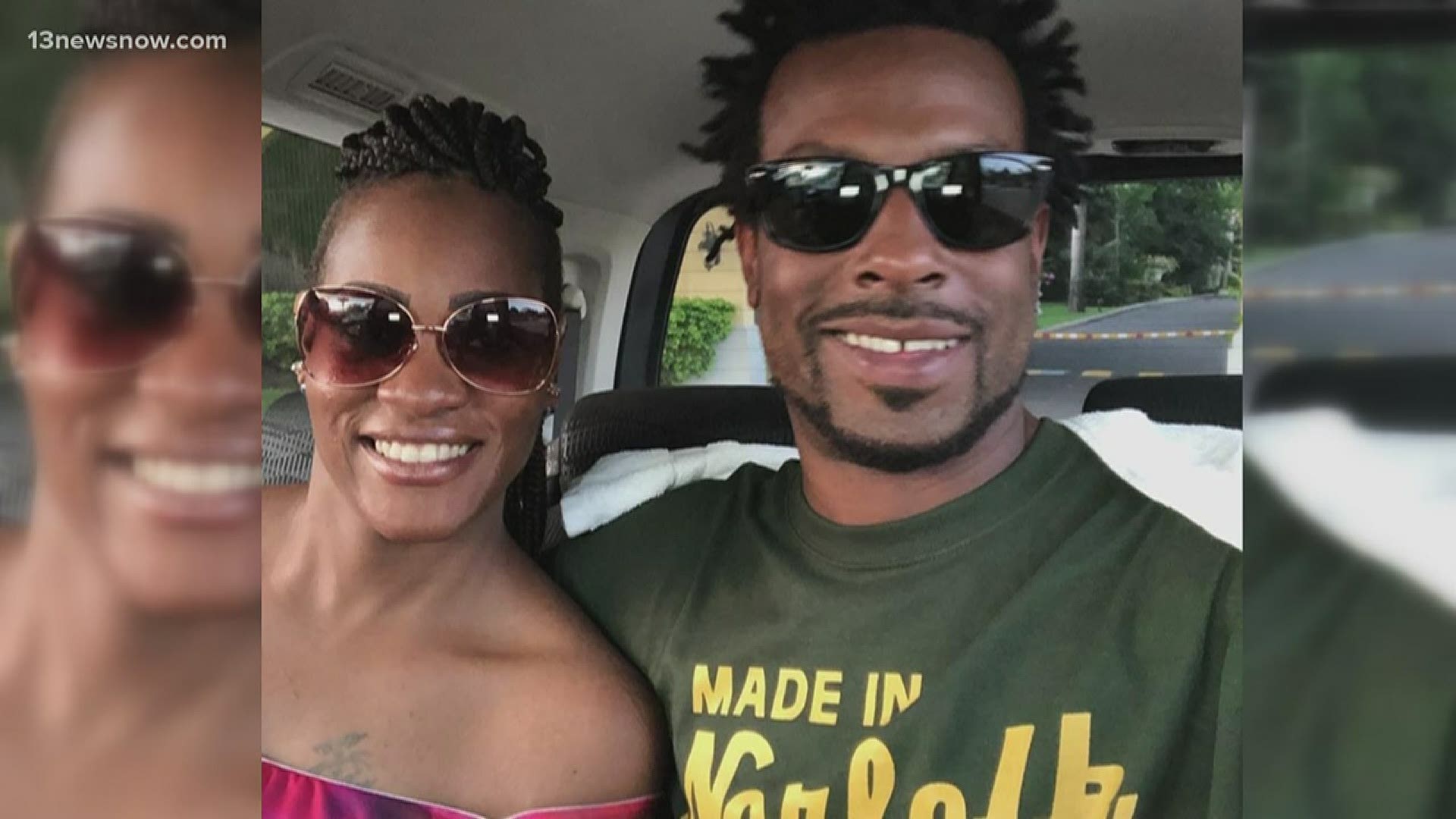 PORTSMOUTH, Va. — The wife of a man who was hit by a Confederate soldier statue said Thursday that doctors put him into a coma as they treated him for his injuries.

Medics took Chris Green to Sentara Norfolk General Hospital Wednesday night. He was at a protest at the Confederate monument in Olde Towne Portsmouth when people starting tearing it apart. At one point in the night, some of the people pulled down one of Confederate soldier statues, which landed on Green.

Prior to that, demonstrators chanted things including "No Justice, No Peace." Some used bolt cutters, hammers, and other objects to chip away at the monument. Muskets and swords held by the statue's figures were ripped away.

Portsmouth police were on scene, but they did not step in to stop the protesters.

The heads of the four soldiers surrounding the monument were cut off. The mood in the crowd mostly was celebratory. A marching band joined in with an impromptu performance.

The celebration, however, came to an abrupt halt shortly after 9 p.m., when the statue came down on Green.

Police moved in to secure the area with crime scene tape, as medics took Green away on a stretcher. Officers asked that the remaining protesters leave.

Green's wife, Tonieh Brisbane-Green, wasn't with him at the demonstration. She said her husband of 13 years flatlined twice while he was on the way to the hospital. She told 13News Now that they have two children.

Tonieh said she supports people’s right to protest, “but do it in a peaceful manner. There was no need to do all of that especially while there were so many people around that statue knowing that somebody’s going to get hurt.”

Now Green's wife said she was upset that protesters "didn't think" when they pulled the statue down.

Credit: Green Family
Chris Green was at a protest in Portsmouth, Va. on June 10, 2020. People pulled down the statue of a Confederate soldier on top of him.

She said doctors told her “they were surprised he even made it because that thing [the statue] is so heavy.”

Right now, she said she's in a state of shock over what happened.

“I just feel like I’m in a dream right now. Like, I just need to be pinched to wake up and everything will go back to normal.”

Even more, she’s left questioning how this happened. So far, she said she’s heard her husband's back was turned to the statue at the time it came down.

“So he didn’t even see it coming, like, 'Oh, let me move out of the way,'" Tonieh said. “And then I heard it was hard for the ambulance to even get to because of the crowds.”

On Thursday, Black Lives Matter 757, the group that organized the demonstration Wednesday night, tweeted that a Gofundme page was set up to help Green's family with expenses.

Portsmouth City Council held an emergency meeting earlier in the day and decided on a July 28 hearing to decide on the fate of the monument which has been near the intersection of Court Street and High Street in Olde Towne since the late 1800s.

During the meeting, council members raised concerns about people's safety after protesters earlier in the day Wednesday started climbing and spray-painting the monument.

Councilman Nathan Clark said, "I watched several videos today that showed individuals climbing on the monument. If one of those had fallen off onto that new fence that is there and impaled themself and seriously injured or killed, I would believe that the city would have the lawsuit filed against us."

Clark added that he thought a taller fence should be put up around the monument.

"I agree that, I'm very concerned about the vandalism. And there were even children climbing up on there. Saw one little boy that couldn't have been more than 10 or 11 years old. He was barely as tall as the fence, and he was up by one of the soldier statues and then climbing down and over the fence, and that is concerning that somebody could get hurt."

The city manager, who was part of the emergency meeting, said she was looking into putting up a taller fence.

Green's wife said she hadn't decided if she would pursue legal action against the city.

The Portsmouth Police Department asked Virginia State Police (VSP) to handle the investigation into what happened to Green.

Sgt. Michelle Anaya with VSP said that the Portsmouth Commonwealth's Attorney's Office will determine if charges will be filed.

RELATED: Portsmouth NAACP president released after being taken into custody during protest in Olde Towne