Neighbors woke up on Christmas Eve to find a woman and her powered wheelchair tipped over into a pothole. 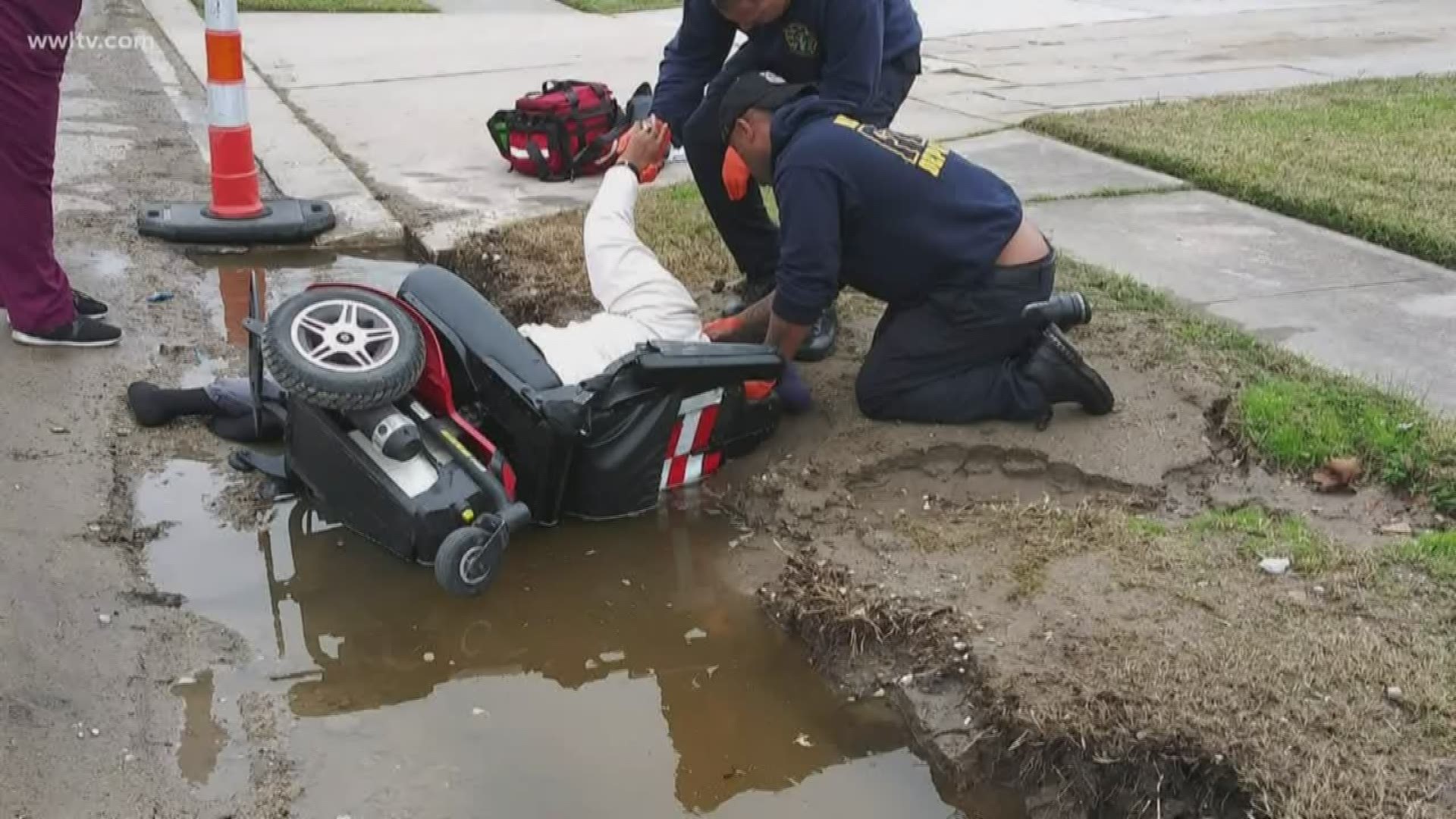 NEW ORLEANS — Neighbors say they've warned the city for months that someone could get hurt if a water leak creating a massive holes in their street isn't fixed. And it finally happened.

The close call came on Christmas Eve, when a disabled woman in her seventies tipped over in her powered wheelchair, falling into a hole filled with water.

Neighbors awoke to find her there and called 911. She needed the help of firefighters to get out and was treated by EMS.

"I'm not sure if she didn't see it or what happened with that, but she tried to come through and she fell into the hole," Paula Scott, who lives on the street, said.  "I do know that she had a concussion and a fractured shoulder due to that."

Scott says the problems have been going on for months.

The day after the photo of the incident was posted online, contractors poured fresh tar. But Beverly Jackson, who lives just feet from the construction mess, says the leak that prompted the digging in the first place hasn't been fixed.

"The crew that came and fixed it last night said there has to be a leak somewhere," Jackson said. "He said 'but we're not sewerage and water board, we're a company they hired.'"

She received a $3,000 water bill in 2018 that she's still paying off. Her visits to City Hall and the Sewerage and Water Board haven't gotten anything fixed or filled.

"No answers, no answers, just your bill. As long as you pay your bill. If I don't pay my bill, they'll come and take my meter," she said.

Cars are forced to take it slow, threading cones and caution tape.

All these women want is for the city to find the problem, finish the job and prevent anyone else from getting hurt.

"Listen, I just want ya'll to come and fix this. That's all I'm saying," Scott said.