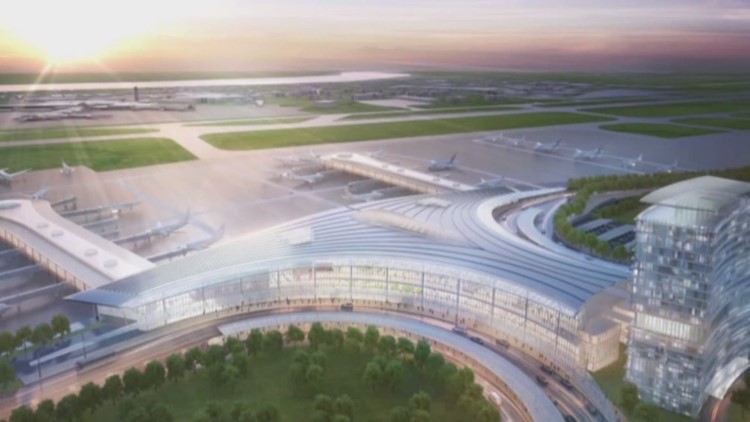 All 16 commercial airlines at the airport will operate from the new terminal, located at 1 Terminal Drive in Kenner, La.

The existing facility, located at 900 Airline Drive in Kenner, will close to the public.

The new terminal has been plagued with problems, which were cataloged in a series of investigative reports from WWL-TV's Katie Moore.

The $1.026 billion project was seen as a major upgrade for the city's airport facilities as the number of tourists visiting New Orleans rises years over year.

Sporting events like the 2020 College Football National Championship and the 2024 Super Bowl were also expected to be a challenge for the old terminal.

Eyewitness News’ investigations detailed that some of those grand opening dates were delayed because the toilets in the terminal couldn’t flush and after months of work and millions more spent to find and fix the problems with the sewage system, contractors are still working on it.

A later report showed that there have been more than 100 breaks in sewage pipes under the terminal. Charlie Prewitt, a representative of the construction company handling the work, said that 88 percent of the plumbing has been repaired and inspected.