City Council members hope it will be a catalyst for revival in a down-on-its luck area. 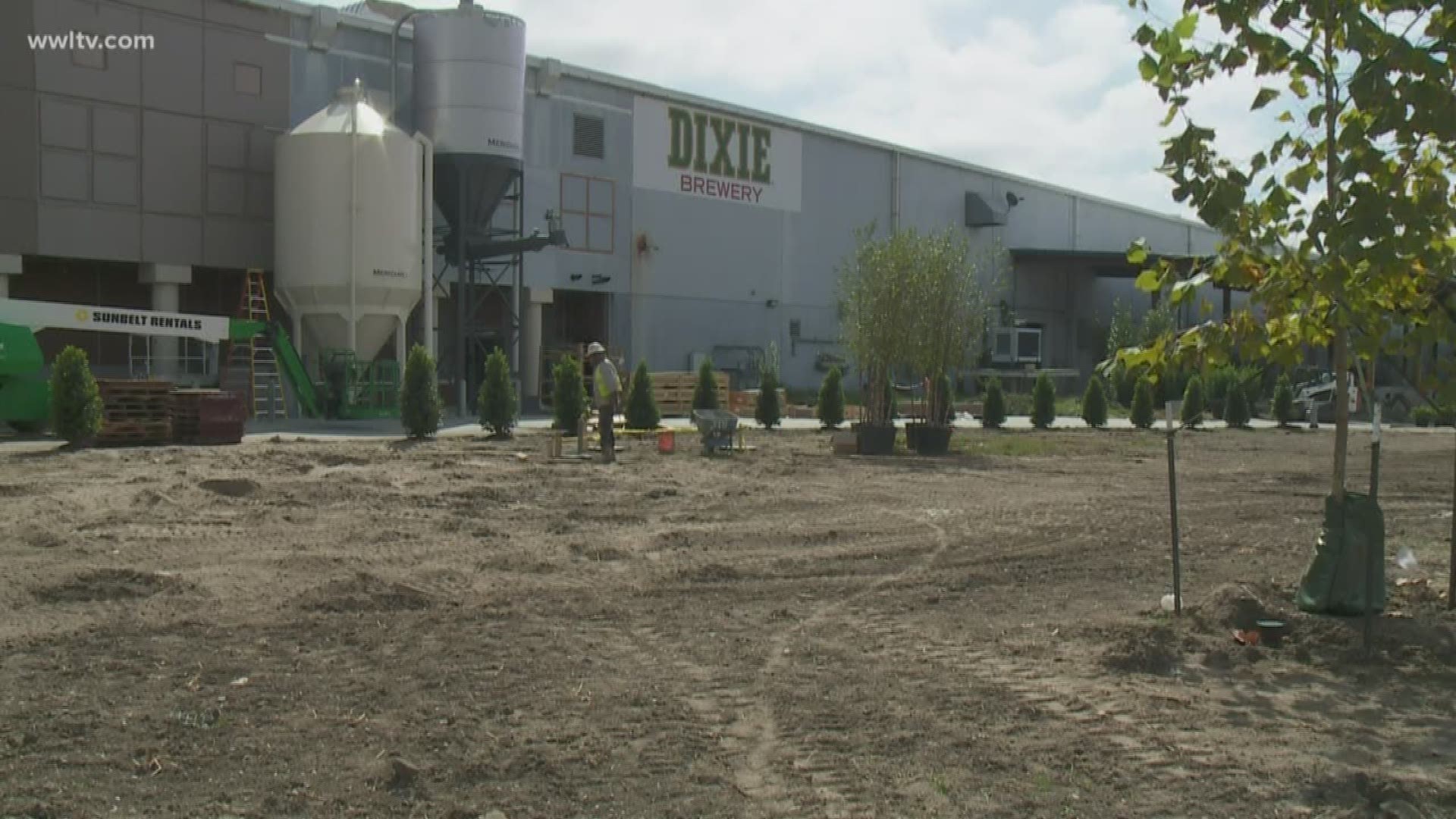 NEW ORLEANS — Many New Orleanians remember the giant building on the Industrial Canal near the High Rise as the MacFrugal’s warehouse, which burned in a spectacular fire in March 1996.

But now, the space that was once used to store discount goods will house the Dixie Brewery.

Dixie began production in their new complex in late November. Councilmembers said they hope the new brewery will revive an area of the city that needs an economic boost.

A boom for the East?

The part of New Orleans East where the brewery is being built is an industrial area that is hard to get to, where streets are lined with trash and grass growing out of control.

“There’s some private property -- quite a few lots, actually -- which would benefit from some code enforcement,” Birch said. “There is a bit of development that’s taking place along the road and there’s the opportunity for some streetscaping, too, that would improve the area.”

District E City Councilwoman Cyndi Nguyen, who represents the East, said help will be coming in the form of stricter code enforcement.

“We’re going to continue to work with you guys,” Nguyen said.

History of highs and lows

Dixie opened on Oct. 31, 1907 in another massive plant on Tulane Avenue. The beer slowly grew out of favor and in the 1970s suffered a near-fatal blow with a so-called “bad batch” that was tainted with chemicals fumes from cleaning supplies.

The business eventually stabilized as much as it could in the face of stiffer competition from national brands when Joe and Kendra Bruno bought it in 1985. But Katrina flooded the Tulane Avenue brewery, leaving the company homeless after the government expropriated the building as part of the new VA Hospital.

Tom and Gayle Benson bought the brand in 2017 and promised to return the beer home, after a post-Katrina exile, with a new plant somewhere in the city.

The old MacFrugal’s warehouse, which most recently served as a soundstage for film productions, fit the bill.

In addition to the brewery, the site will include a brewpub, museum and family-friendly outdoor spaces.

The company is hiring at least 50 new employees.

“The real hiring push from a production and a warehousing and a logistics perspective starts right now,” Birch said. “Then the sky’s the limit depending upon just how quickly we’re able to add states where Dixie had legacy distribution and how successful we are from a retail perspective.”

While Dixie’s goal is to make money, there is a larger goal of attracting more tourists to a quickly developing niche industry of food and beverage tourism.

The Sazerac House just opened on Canal Street in a restored building in the Central Business District. The 48,000 square feet offers visitors a look at the history of the city’s signature cocktail and is now headquarters to the Sazerac Company’s headquarters.

“When a tourist comes to New Orleans, we generally don’t hear they’re coming here to eat at McDonald’s or to have Starbucks,” Birch said. “And so why should their beer purchase decision be a Bud Light or a Miller Lite? Shouldn’t it be a Dixie or an Urban South or one of the other great brands that based out of here? That’s a big deal for us.”

Birch said the company hopes to keep dollars flowing locally to help the economy in the area.

Banks asked what the most popular beer in the United States is today. Samuel Adams, Birch told him.

“Well Dixie is American-owned, American-brewed and we ought to be bought by Americans in America and it ought to be the top selling U.S. beer -- period,” Banks said. “I’m hoping that we can get to that.”