The NFL said Thursday that Goodell was just listing all the groups that he knows are frustrated. 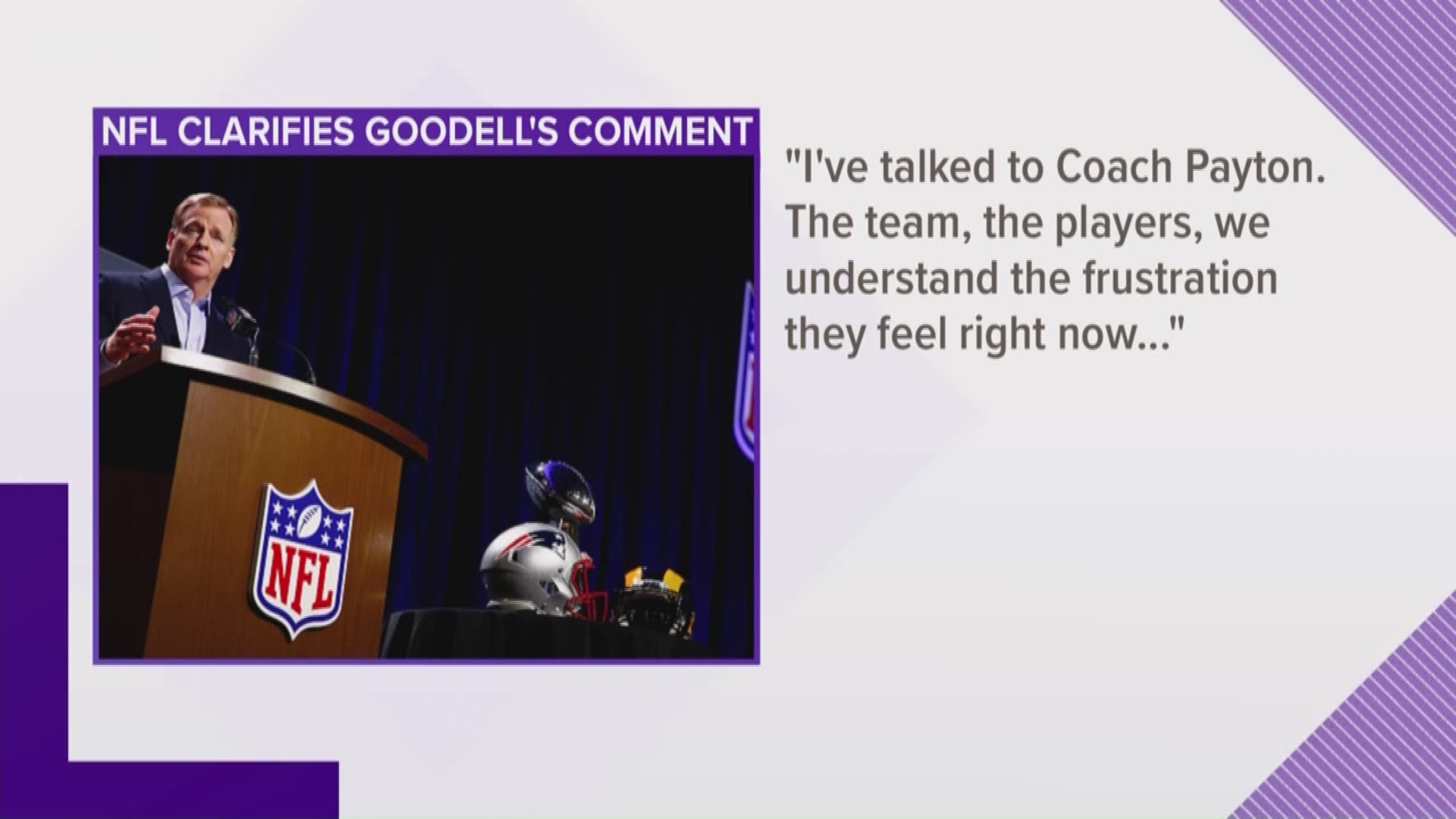 ATLANTA — The NFL clarified Thursday stating that commissioner Roger Goodell has not talked to Saints players, according to a report from ESPN.

During Wednesday’s press conference, it sounded like Goodell said he spoke to Saints coach Sean Payton and the players after the no-call play during the NFC Championship game, however he did not.

Saints player Michael Thomas and former Saints player and radio analyst Zach Strief were quick to call out Goodell on Twitter about his statements.

To read the full report from ESPN click here.