Nicholas Howell was honored with a memorial on Friday. 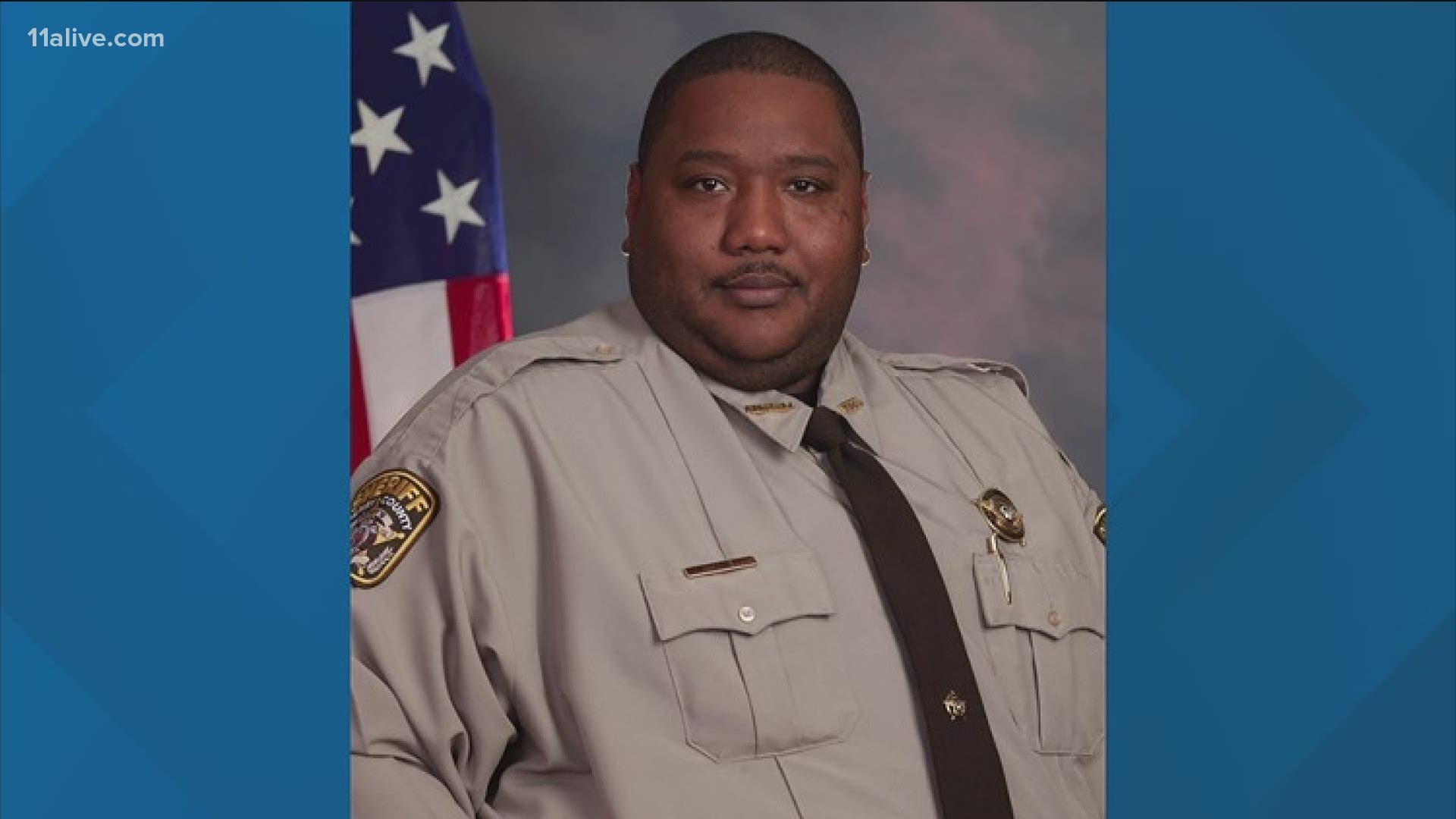 HENRY COUNTY, Ga. — Henry County Deputy Nicholas Howell was remembered Friday as a "tremendous man" who did everything for his family and the sheriff's office he served.

Howell died last weekend due to complications from COVID-19. At his memorial on Friday, Henry County Sheriff Reginald B. Scandrett vowed, "We will never forget what our brother has sacrificed."

With his his family, fellow deputies, and even basketball legend Shaquille O'Neal in attendance, Scandrett described Howell as a pillar of the sheriff's office.

He said Howell's wife had told him he "did everything" for his family, and the sheriff said he did that for the force he served, too.

"He was always a humble man. He was always a peaceful guy. He always brought us together with things like this and he always had a plan," Scandrett said.

Speaking directly to the family, he said: "He did everything, he took care of it all. He not only did that for you all, he also did it for the men and women that are standing behind you."

The sheriff added: "I suspect that he's standing at the gates and God will say this to him: 'Job well done.'"

Howell's is the latest law enforcement death tied to COVID-19 in Georgia in recent months. It's also the second sudden death of a member of Henry County law enforcement in roughly a week's time.

As the sheriff's office announced Deputy Howell's death, the county police department is still mourning one of its own - Sgt. Rick Snook. Snook died of a heart attack on Dec. 27.