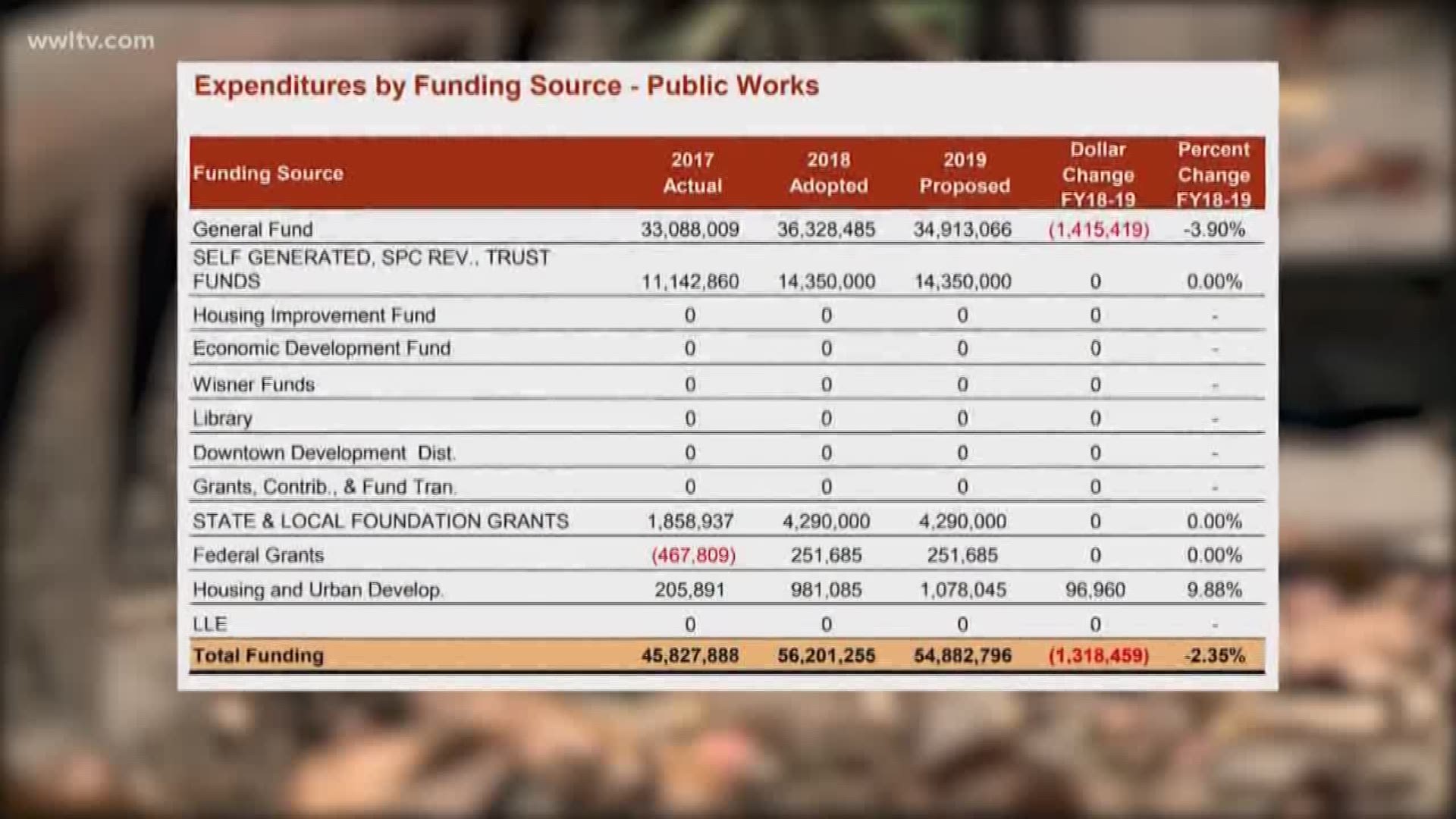 A disagreement about how much money the Department of Public Works should receive next year dominated the first day of budget hearings at City Hall.

Drainage and catch basin cleanings and repairs have been a big priority since the summer 2017 floods, which led City Council members to wonder why the Cantrell administration has proposed giving less money to the DPW in 2019.

“If you look at the budget book it flat-out says, ‘Residents concerns related to the city’s material infrastructure include drainage and street flooding,” Councilman Joe Giarrusso said. “And I don’t see any materials that say all 68,000 catch basins have been cleaned and all the interior pipes have been cleaned.”

Chief Administrative Office Gilbert Montano said that fewer dollars might sound like a bad move, but the department already has $1 million it hasn’t spent.

“I think it would be absolutely imprudent to push more money on the department when they still have such a significant million-dollar fund balance to see how it tapers off and then have to sacrifice other departments to put money on top of money that has not been spent yet,” he said.

That reasoning didn’t sit well with the council, whose members questioned cutting funds for a department they said does some of the most important work in a city plagued with dirty and broken catch basins and pothole-filled streets.

The DPW also has not filled all its open positions.

“Right now, you’ve got 20 people working on catch basins. I think if you double that to 40 … you’d get a better work product and more catch basins cleaned. i mean, it’s kind of that simple,” Councilwoman Helena Moreno said.

Part of Cantrell’s proposed budget includes turning off 20 red light cameras. That’s a move that pleased citizens but is expected to leave the city looking for ways to fill a $4 million to $6 million hole.

Montano said that could be filled in part by filling 18 open meter maid spots -- and sending them into neighborhoods to ticket residents.

The revenue would be an estimated $2 million, but councilmembers say they don’t want to build the budget on the back of citizens they say are already paying too much and getting too little in return.

“Catch basins and drainage is a priority for me over parking enforcement,” Councilman Jared Brossett said.