Investigators found no trace of Ramona's remains in the ashes left behind after fire ripped through the Brown family's home on Memorial Park Drive. 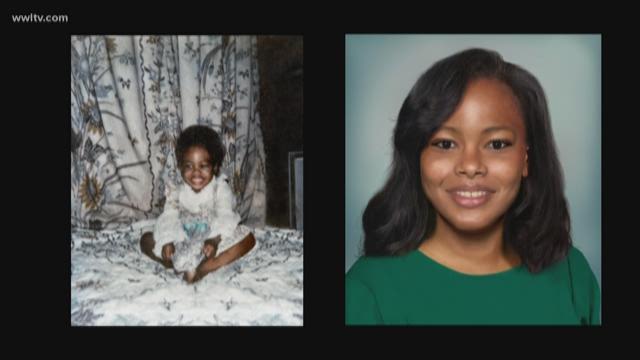 The New Orleans Police Department opened a missing person case this week into the disappearance of a 3-year-old girl, Ramona Brown, who was lost in a 1984 house fire in Algiers that killed two of her brothers.

Investigators found no trace of Ramona's remains in the ashes left behind after fire ripped through the Brown family's home on Memorial Park Drive, yet they did find the charred remains of Kevin, 4, and Aubrey Jr., 2.

An investigative series by WWL-TV chronicled problems with the investigation that led Ramona's disappearance to remain a mystery.

MORE: The Search For Ramona Brown - Part 1: The Fire

Still wanting answers, this week, one of Brown's sisters, Simona Brown, filed a missing person report with police about Ramona. Even 34 years later, Simona recalls a vivid memory of an older, interracial couple driving a bronze-colored sedan picking up Ramona, promising to care for the girl in the chaotic aftermath of the fire.

While a joint NOPD and New Orleans Fire Department task force searched for the girl's remains for four days after the fire, the case was never transferred over to the NOPD for investigation as a possible kidnapping or a homicide.

MORE: The Search For Ramona Brown - Part 2: The Investigation

At the time, police also did not open a missing person case, although records indicate investigators told the family they could open one, but that was never done.

Arson investigators also never ruled out the possibility that the fire was intentionally set. Although, they did speculate in newspaper coverage of the blaze that a gas space heater may have been to blame.

MORE: The Search For Ramona Brown - Part 3: The Possibilities

The fire happened on a cold morning in March, Mardi Gras Day 1984.