“Never in a million years do you imagine a family is going to be coming out of their subdivision in an army truck,” said Emily Parkman. 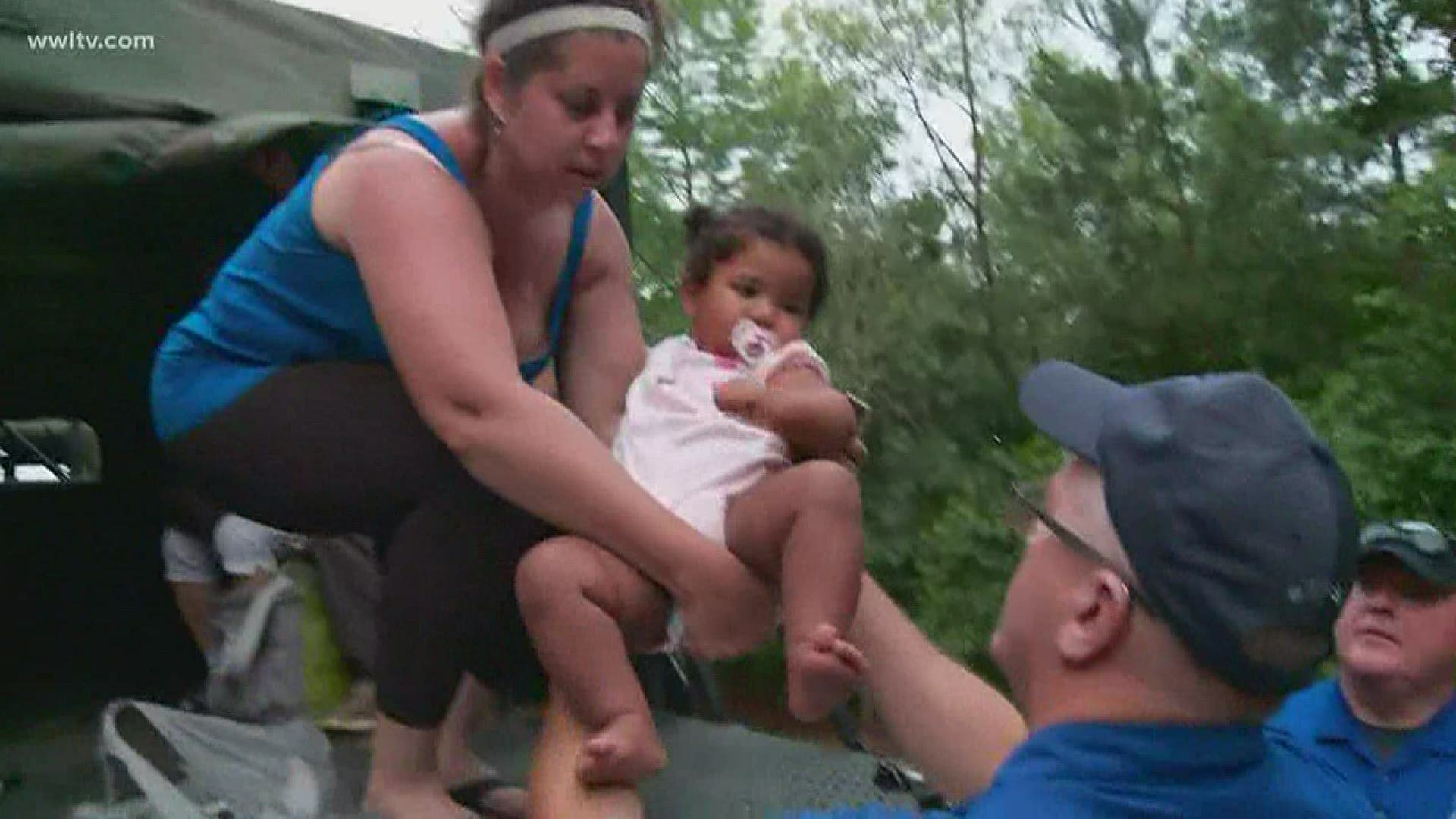 NEW ORLEANS — Twenty-four hours after heavy rain flooded parts of the Northshore, the only road in and out of Bedico Creek Subdivision is still covered with water. With folks still on the other side, water rescues continued into the evening Friday.

Emily and Jerry Parkman waited anxiously for their two nephews and niece to be evacuated through the floodwaters.

“Never in a million years do you imagine a family is going to be coming out of their subdivision in an army truck,” said Emily Parkman.

Parkman says her sister’s home, bought less than a year ago, took on water, so mom is staying behind to try and clean up the mess.

“It’s going to be a process for them,” said Jerry Parkman.

As rescues continued Friday, some folks were trying to make the best of a flooded situation. Ricky Solis has lived in the neighborhood for six years and says he’s seen flooding before, but nothing like this.

“We were like moving carpets last night, just to make sure stuff wouldn’t get ruined if the flooding did come in,” said Solis.  “We didn’t get any water, but it did come close though.”

After a long night of flooding rain, the Parkmans are ready for a night of rest.

“Pizza. Pizza is the plan and Movies," Emily Parkman said.

Throughout the day and into the evening, there haven’t been any reports of injuries.  The frustrating news is all the water covering the roadway doesn’t seem to want to go anywhere.

RELATED: Your video: heavy flooding across the Northshore