The suspect was described as about 7 feet long, scaly, and sharp teeth and claws. 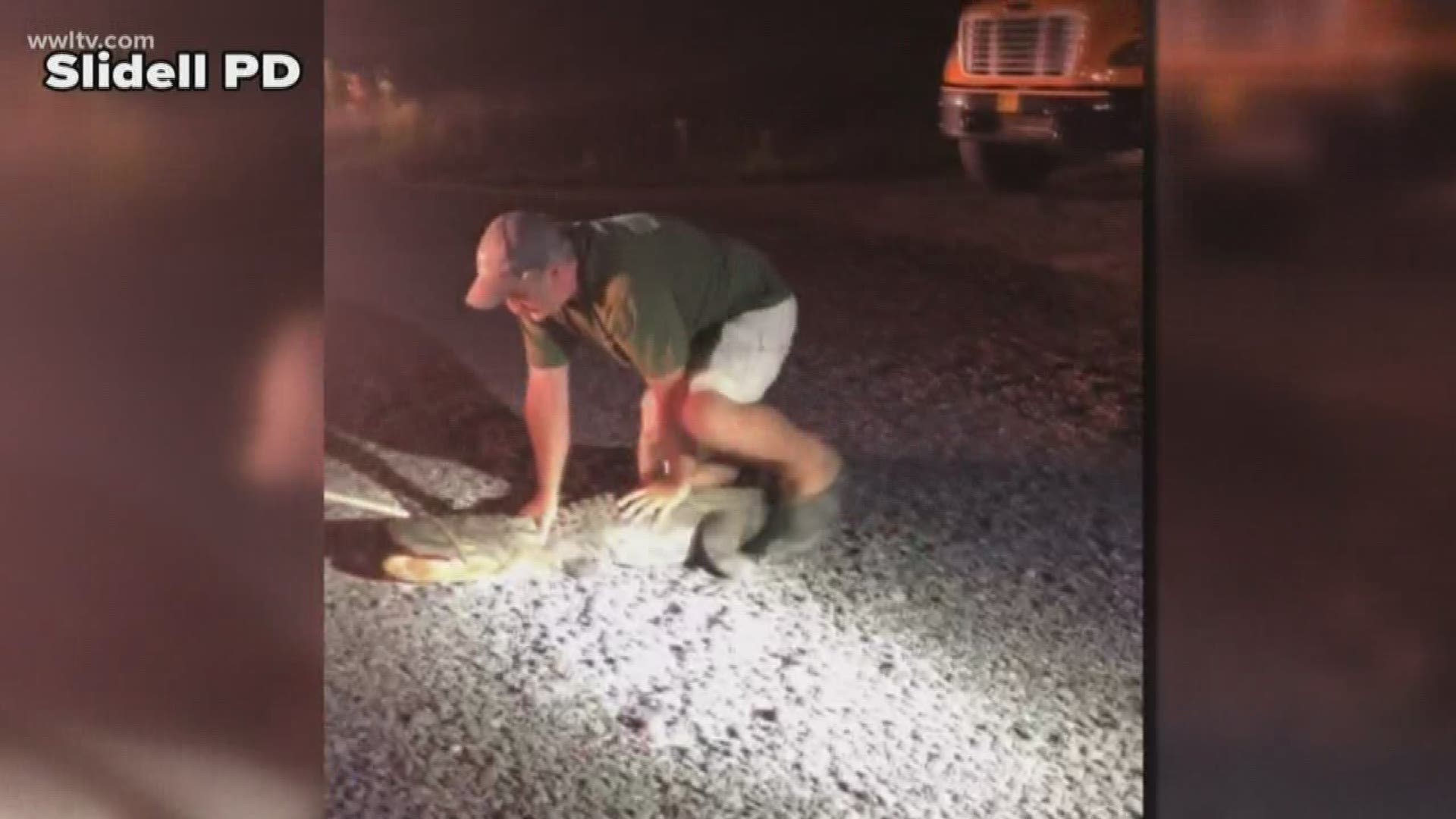 SLIDELL, La. — There was some suspicious activity in Slidell Thursday night. Police were called to Slidell High School around 8 pm and found a 7-foot alligator making himself at home near some school buses.

"It was a very big concern for us last night," said Daniel Seauzeneau, PIO. "It doesn't happen every day but this time of year it happens a lot."

When officers got to the campus, he ran. There's no word on where the gator came from, but knowing the school was going to be busy with kids and adults by the next morning, officers moved swiftly to get the alligator to a safe place.

"Obviously with an alligator at a local high school, it's not in its natural habitat," he said. "There's a protocol we follow. If it's a small alligator under three feet, we call our local animal control but a larger alligator we call Wildlife and Fisheries."

"We're dealing with about 3,000 nuisance complaints a year statewide, not all those complaints result in an alligator being caught," said Jeb Linscombe with the Louisiana Department of Wildlife and Fisheries. "Somewhere between 1,500 and 2,000 of those complaints end up with the removal from the property."

Linscombe says about 65 Louisiana trappers are contracted by the department to get nuisance alligators, all are trained hunters and are licensed.

"A nuisance alligator is deemed to be a threat to humans, pets, or livestock or something of that nature," he said. "Just the mere presence of an alligator does not mean it's a nuisance. For example an alligator in its natural habitat would not be a nuisance gator."

These calls, he says, happen all over the state. However, they're more common in populated areas near rural environments.

"A good example of that would be the entire Northshore of Lake Pontchartrain," he said. "For example, St. Tammany Parish. You have a lot of subdivisions which are built right on the fringe of the lake, surrounded by wetlands, which is the alligators natural habitat."

Thursday's alligator put up a fight, but was caught.

"He did not comply with our officers, he fled and he resisted arrest for sure," said Seuzeneau. "But we got him and it was dealt with properly and put back in its natural habitat. He was properly handled."

The case is closed, but police say they're ready for when the next four-legged criminal goes into unwanted territory.

"For trained hunters who know what they're doing, and doing everything the right way it's not dangerous. Each scenario is different in how the trapper is going to catch the animal, the timing in how he's going to do it and the trapper goes out and hopefully rectifies the situation," said Linscombe.