The dolphin is healthy and in the care of three veteranians, according to SeaWorld rescue officials. 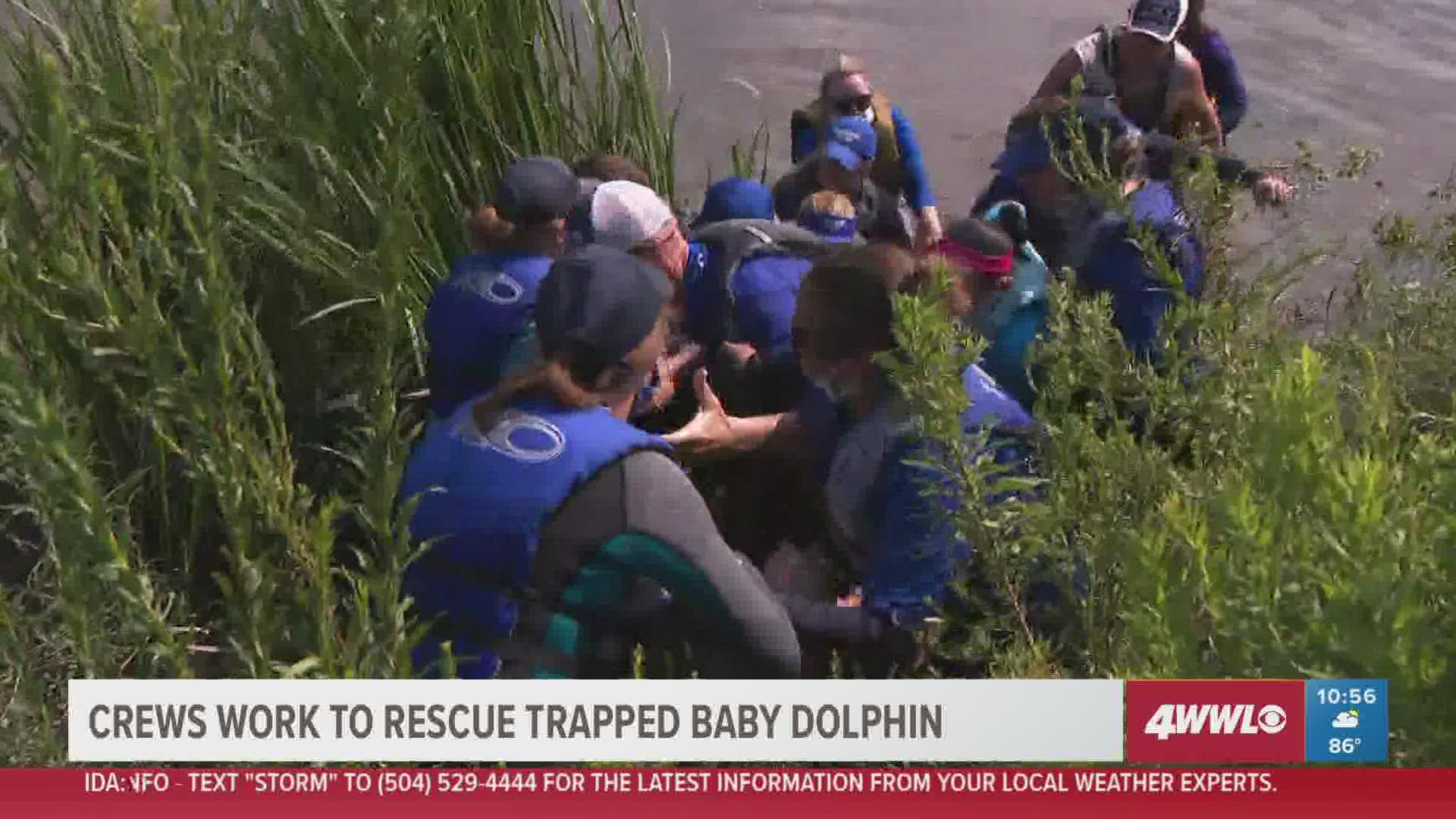 SLIDELL, La. — The baby dolphin that was separated from its pod during Hurricane Ida was finally rescued from a retention pond in Slidell on Sunday.

The rescue operation was dubbed "Operation Flipper," according to St. Tammany Parish Sheriff Randy Smith. He said the sheriff's office is working with the Audubon Institute, SeaWorld Rescue, and other organizations to complete their mission.

It was a rare and unusual sight for residents, dozens of whom flocked to the area to witness the rescue. Many of them took pictures and videos with their phones.

Neighbors first spotted the dolphin in the pond near Pontchartrain Drive and Oak Harbor Boulevard shortly after Hurricane Ida passed the area.

"We had a lot of calls of people in this area concerned about the dolphin, Smith said. "The dolphin apparently got in here when the waters were high during Hurricane Ida."

Over the weekend, rescue crews stretched a net across one side of the pond while a team worked on the opposite side, guiding the sea mammal using various sounds.

Once captured, the dolphin was placed on a gurney and given a medical assessment. SeaWorld rescue officials said the dolphin is healthy and is currently in the care of three veterinarians.

"The best news is that the animal is going back into the ocean," said Jon Peterson with SeaWorld Orlando. He explained that the dolphin will be traveling in a special water unit and will be tagged prior to its release.

Officials said crews plan to take the dolphin to the Louisiana-Mississippi line.

We're still waiting for officials to confirm details about the dolphin, such as its gender, exact age, and specific size.

"Our best is with Flipper, and hopefully, not that we only get him saved but get him the medical attention he needs in getting back into his natural habitat," Smith said.

"I've seen a lot of things and this one was an interesting one for sure," Peterson added. "The great part is that we got great teams, this town's got incredible people who kept us up to date and told us what was going on... the success comes from locals from people calling, not intervening, but letting the experts get there, give us some time, get these teams together. When you do it correctly, this is what you get, you get a perfect day."