LSP troopers investigating the collision said they don't know why Damiens' Kia K5 collided with the bicyclist, but they do know that he fled the scene. 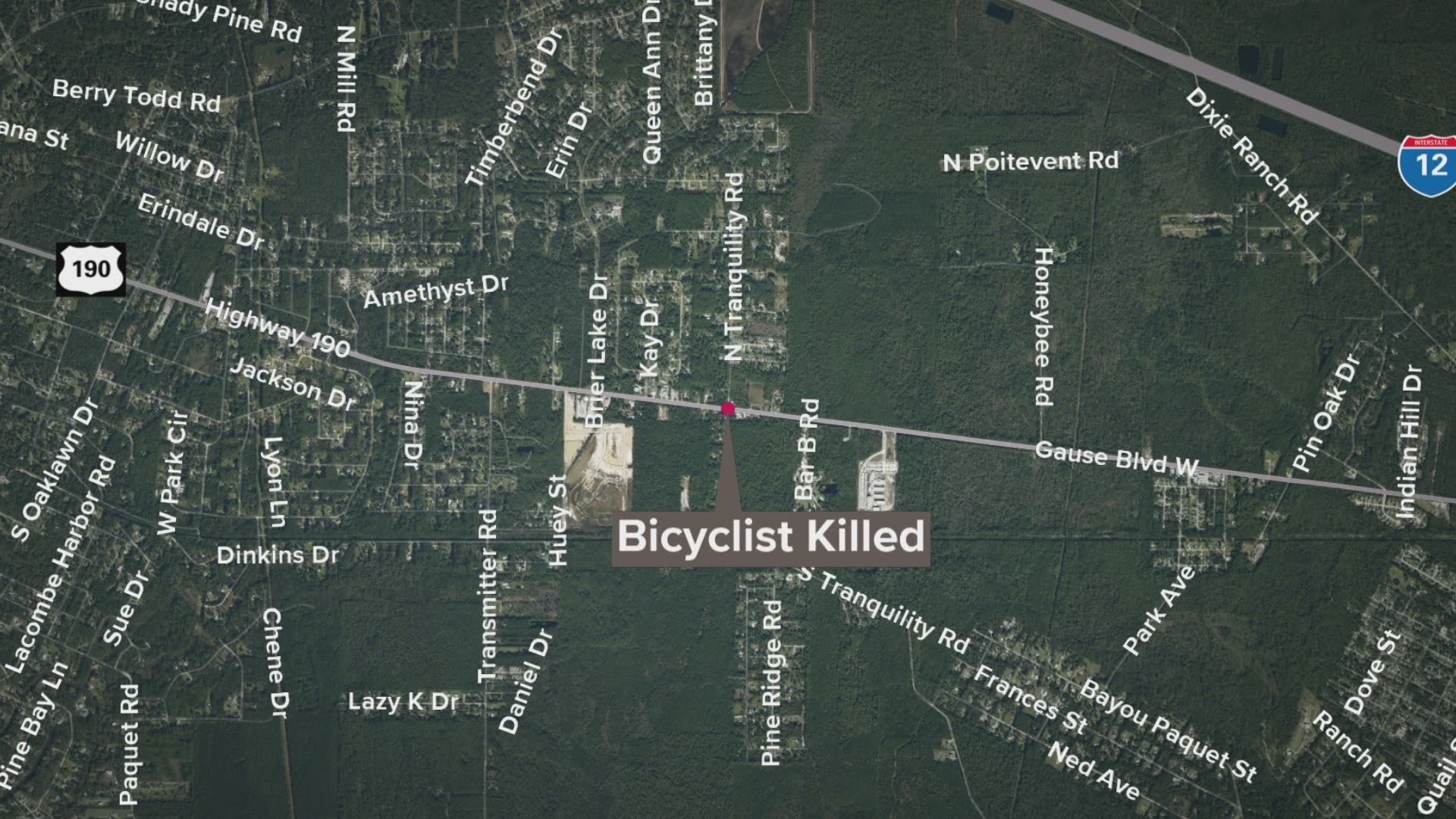 First reports from the investigation said, the bicyclist was traveling west on US 190 when Andre Damiens III was driving in the same direction on the same roadway.

LSP troopers investigating the collision said they don't know why Damiens' Kia K5 collided with the bicyclist, but they do know that he fled the scene after the crash.

The bicyclist wasn't wearing a helmet and was fatally hurt in the collision. They were pronounced dead at the scene. A blood sample was taken from the bicyclist for testing.

Louisiana State Police troopers found Damiens and took him to a nearby facility for a breathalyzer test. His breath sample tested above the legal limit, but troopers didn't say for what.

Troopers said the investigation into the crash remains open.

Huggins said, Louisiana State Police urge drivers to have a plan in place that includes a designated driver when consuming alcohol.

"Alcohol can impair visual ability, alter sense of time and space, impair fine motor skills, and decrease reaction times," he said. "Alcohol can begin to impair a person's ability to safely operate a motor vehicle after just one drink. Please choose to not drive impaired or ride with an impaired driver, and always buckle up."