"At some point in our lives we need to stand up for ourselves because we represent more than just one, we represent a nation of people," she said. 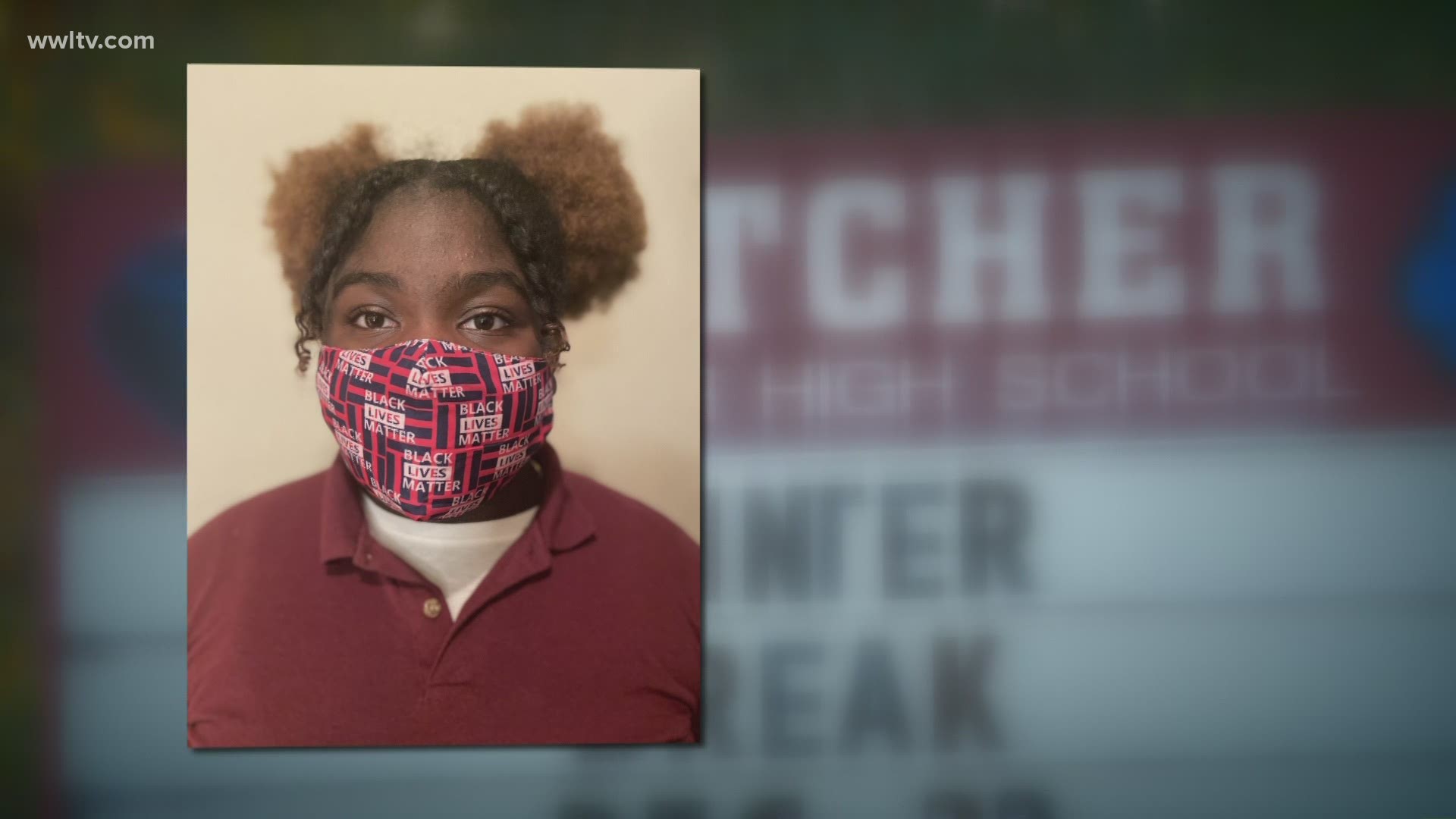 COVINGTON, La. — A northshore mother is upset that her 13-year-old daughter was told she couldn't wear a 'Black Lives Matter' face mask at school recently.

Ebony Wright argues the mask represents who her family is and what they stand for, and that it should be allowed. The school says the mask doesn't comply with student dress code.

At about eight inches wide and four inches high, the 'Black Lives Matter' face mask is small, but its words powerful.

"We've got a lot going on in the world with Breonna Taylor, George Floyd, and to just know that I have two bright young children that can say 'Black Lives Matter,' it's a whole expression of who they are," said Ebony Wright.

So when Wright's 13-year-old daughter, Suriah, called to say she wasn't allowed to wear it at school, disappointment set it.

"At some point in our lives we need to stand up for ourselves because we represent more than just one, we represent a nation of people," she said.

The St. Tammany School District says when Suriah arrived at William Pitcher Junior High with the mask on, she was told it was against school policy. She was then given a choice: wear a disposable one, or keep the mask on and get in-school suspension. Suriah says she reluctantly changed masks.

"It's kind of hiding the fact that I'm black and I love being black you know?" she said. "Everyone's different you know, and I like who I am, and I want to represent that."

According to the District's Coronavirus Guidelines, face masks can be patterned, have the school or district logo, or be monogrammed as long as it complies with what's stated in the school handbook. There it says, "...styles of dress and grooming never should be such that they represent a collective or individual protest."

"My children are not protesting," said Ebony. "Anybody, any skin color, should be able to wear a 'Black Lives Matter' face mask in any atmosphere. We're supporting the symbol of peace, that's what we're expressing and all we've been trying to express."

Ebony isn't sure what's next, but hopes the school district will re-consider their dress code.

"You don't have to be afraid to express who you are, especially if you act out of love," she said.

Ebony's 11-year-old son, Aidan White, was also asked to remove his 'Black Lives Matter' face mask while at Pineview Middle School. Wright also says both children had worn the mask multiple times before to school and there wasn't a problem, until now.

A statement from the St. Tammany Parish Public Schools says:

“Our School System has a clear uniform policy that is included in our District Handbook, which is made available to parents and students every school year. A Handbook committee meets every year to review all of our policies, which are then voted on by the School Board. Our uniform policy is in place in order to reduce distractions that could inhibit learning.”