Whether it’s wearing their seat belts or doing good in the community, officers are on the lookout. 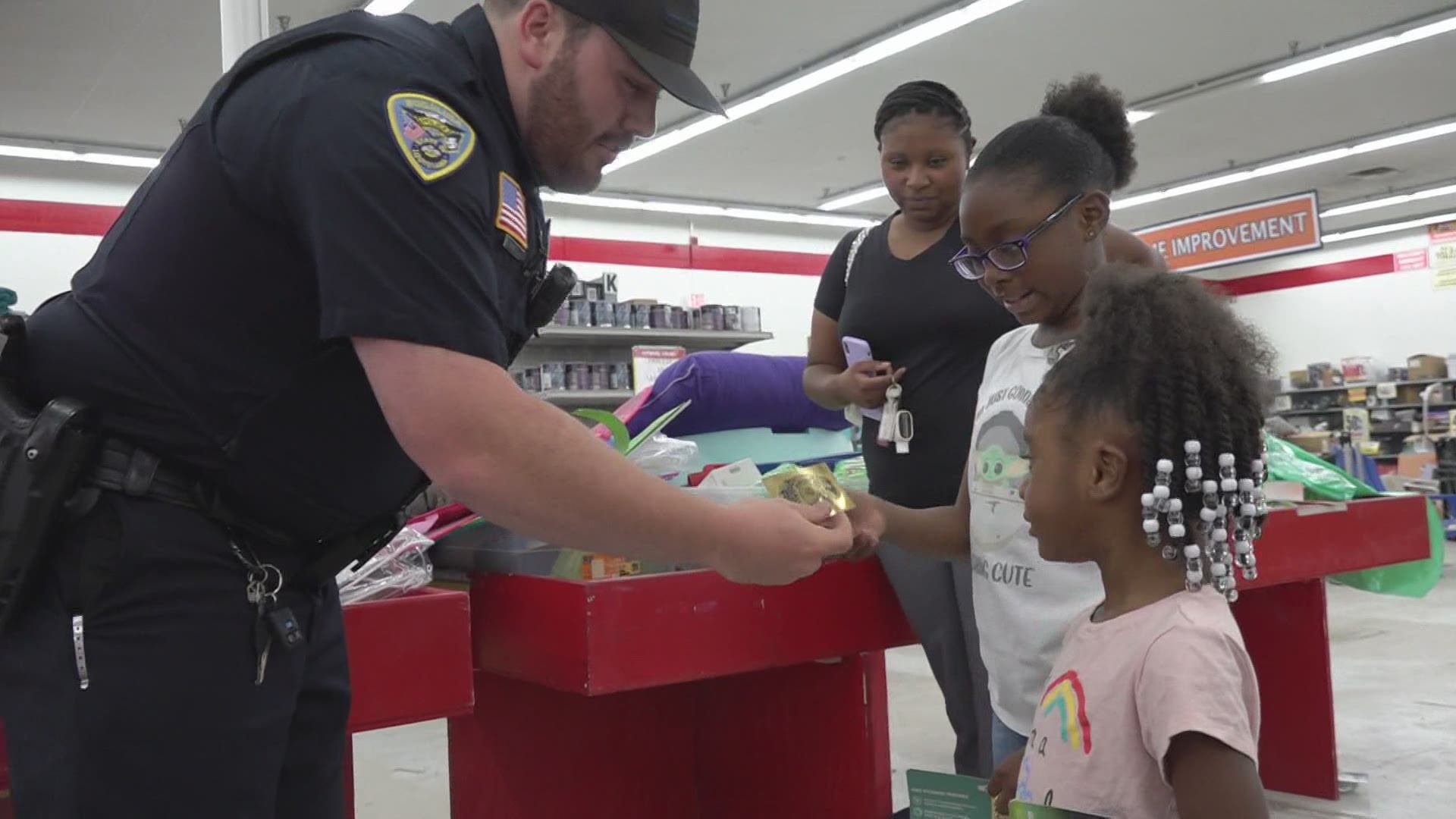 "One thing I like to crack down on is drunk driving,” McClelland said.

Part of his patrol Tuesday though, was focused on the sweeter side of policing.

From free snowballs to free ice cream, officers are handing out tickets to kids. It’s part of an effort to build connections with them and their families.

“That makes my day when we’re able to pass those out and these kids see us as friends and someone they can trust and rely on,” McClelland said.

Whether it’s wearing their seat belts or doing good in the community, officers are on the lookout.

Jessica May was caught off guard when an officer McClelland walked up to her kids, but thankful for a quick lesson in positive reinforcement.

“Even when they don’t think that anybody is watching, there’s always a chance somebody is watching and they should always do the right thing,” May said.

“Excited children, excited parents, a lot of surprised reactions,” said Major Troy Tervalon, who helped get the effort started after learning about it happening somewhere else.

“We kind of all jumped in headfirst and started it,” Tervalon said.

That was a month ago. Since then, officers have handed out about 200 tickets, thanks to donations from local businesses, like Sunshine Snowballs, owned by Mindy Wilson.

“I was like, ‘this is a good idea!’” Wilson said when she learned about the ticket campaign. “They come with a big smile on their face saying that they got this free from a cop.”

Kaitlyn Kennerson hopes this small gesture will have a lasting impact on her two young daughters.

“They know when a police officer approaches them, they don’t run away, they don’t try to disrespect them,”  Kennerson said.

McClelland knows that’s a two-way street and hopes negative perceptions can be put in the rearview mirror.

“We’re out to help them, help their families anytime they need us,” McClelland said.

The department will continue the ticket campaign through the end of the summer.  Because of the feedback the department has received, it’ll most likely happen again.