Clean up continues after hundreds of Slidell homes flood from Claudette

Mayor Cromer said this is the most extensive flooding he's seen in Slidell since Katrina, with hundreds of properties damaged. 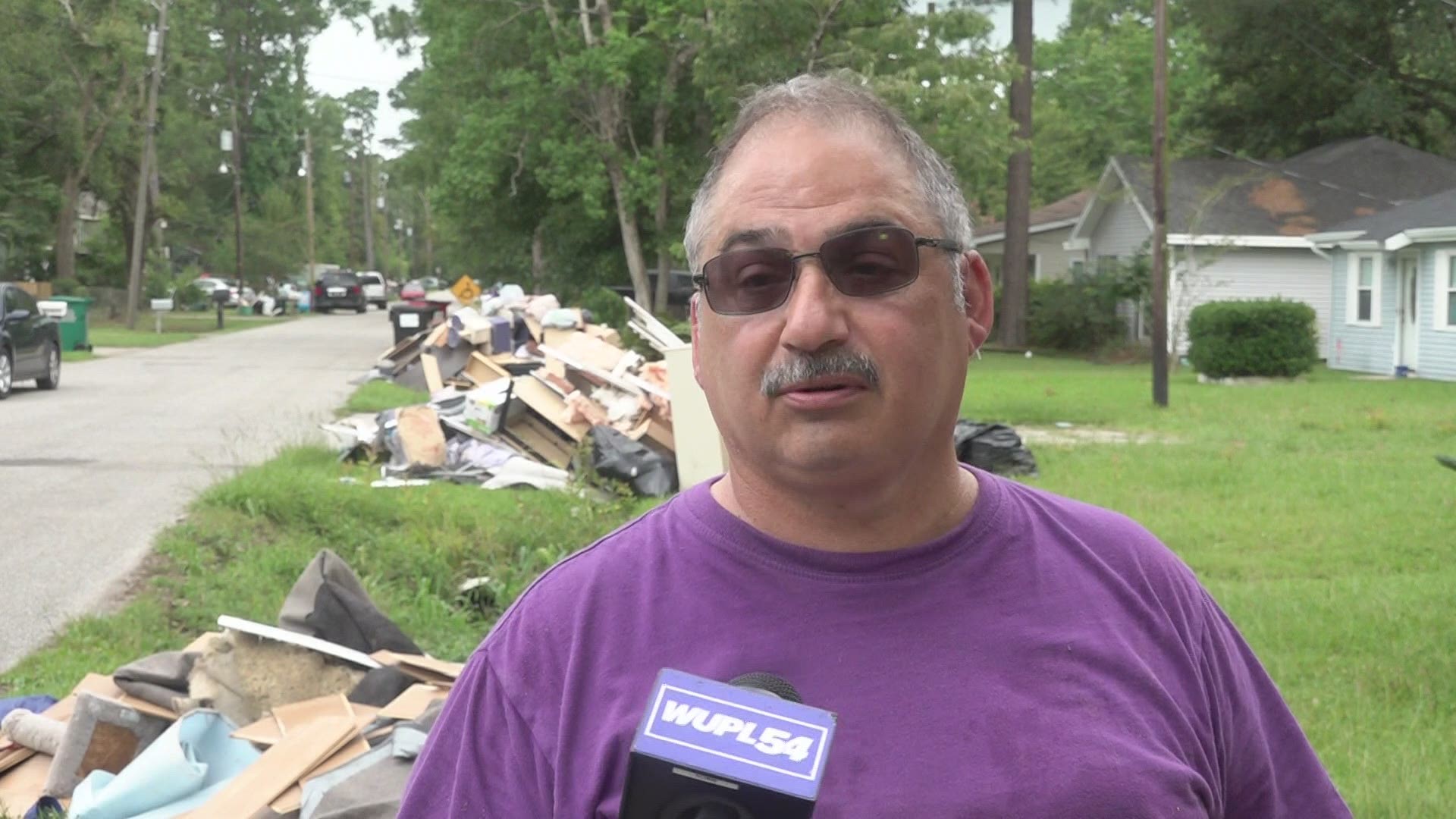 SLIDELL, La. — Clean up continues in Slidell after Tropical Storm Claudette dumped rain onto streets and into homes.

Slidell received about 10-to-12 inches of rain overnight Friday.

Mark Brecheen has lived in Slidell on Chinchas Creek Road since 1990. His home flooded significantly in 1995, 2005 in Katrina, and now.

“I hear a scream and I say, ‘what are you screaming about?’ Waters coming in,” he recalls as he learned his home was flooding Friday night.

He said about an inch of water crept inside his home and he’s been cleaning up since.

“Tear up the floors, plus mop them,” he said

It's the same story for his neighbors and hundreds of others across Slidell.

Cromer said this is the most extensive flooding he's seen in Slidell since Katrina, with hundreds of properties damaged. He learned there was flooding in the city around 10:30 Friday night.

“When I went out to my neighborhood on Country Club Boulevard, I had water up to my headlights and I’ve never seen that since the May 1995 floods. That’s on a pickup truck,” he said.

Mayor Cromer is asking everyone with damage to self report it to damage.la.gov and the parish permits office at 985-898-2574 or email to permits@stpgov.org

“We need to know what number of properties in the community are damaged so we can use that to apply for any assistance that would come down from the federal or state level,” he said.

Brecheen was in the process of getting flood insurance, but it doesn't go into effect for 30 days so it won't help him this time.

“It’s hurricane season and I was trying to get it, period,” he said.

“Ten inches of rainfall in a short period of time would inundate any part of our state,” said Louisiana Insurance Commissioner Jim Donelon.

Donelon said about 25% of Louisiana residents have flood insurance. He hopes this encourages people from all over the state to consider it.

“Absolutely, anywhere, any property. If it’s low risk like many of these properties were, it’s very inexpensive, 50-to-60 dollars a month,” he said.