Construction happening now to widen I-12 in St. Tammany Parish

The project is for a 9-mile stretch of I-12 that will be widened from four lanes to six lanes. 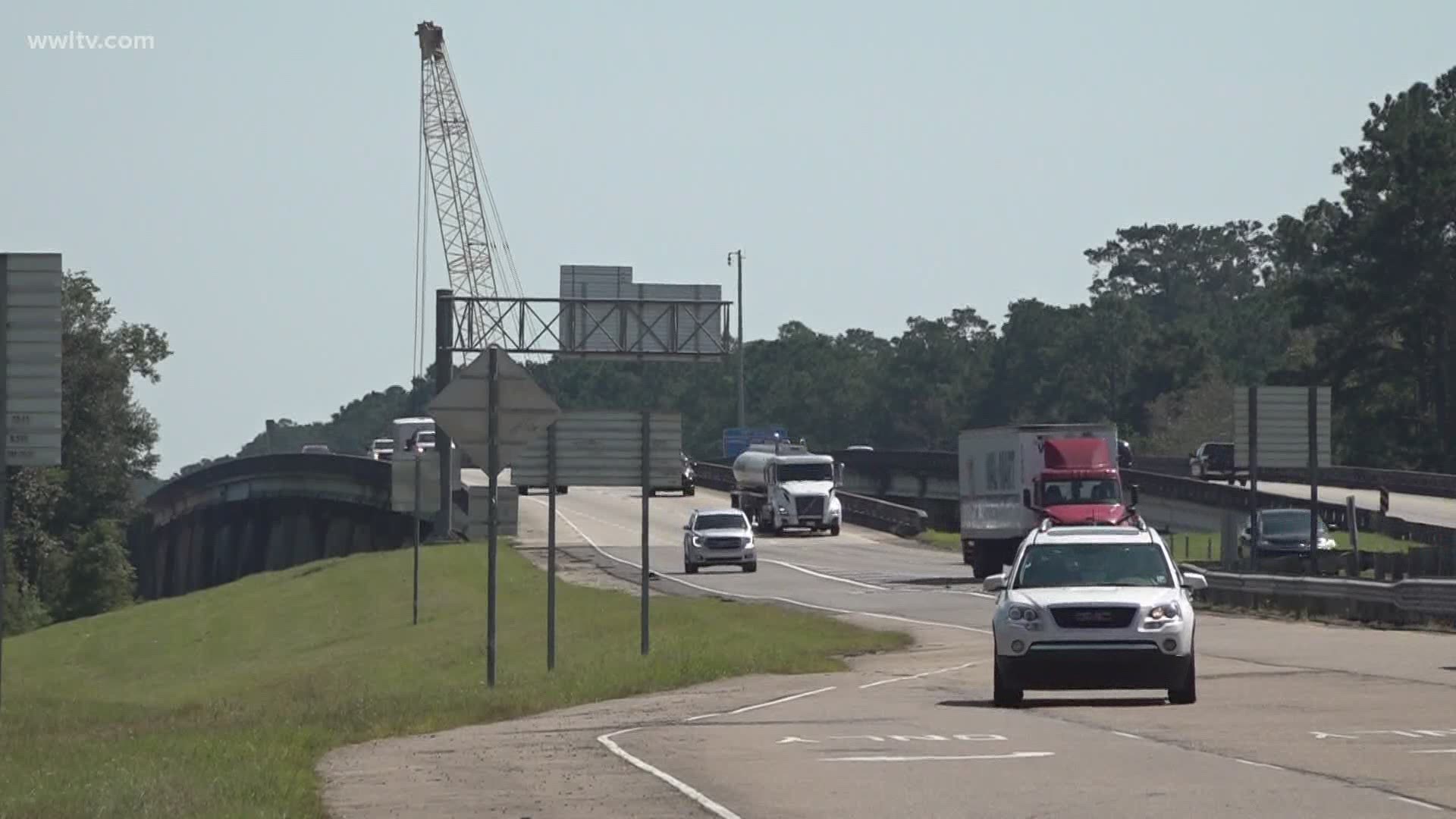 COVINGTON, La. — Construction is already underway to widen a dangerous portion of Interstate 12. Monday, Governor John Bel Edwards joined other officials in Mandeville to break ground on the project.

An estimated 95,000 motorists drive I-12 through St. Tammany Parish everyday.

The deadly stretch has claimed many lives including Rachel Lehmann, whose picture still sits at her former workplace, American Factory Direct Furniture in Covington.

"Something in honor of her," said Billie Comeaux, CEO of American Factory Direct Furniture.

Lehmann was leaving work in May 2018 when she and three others died in a fiery, 18-wheeler involved crash on I-12 in Covington

"You could say she was like the mother of some of the sales team. We miss her very much," Comeaux said. "We have really wanted something to happen ever since the death of Rachel."

That accident sparked even more push to widen a portion of I-12 in St. Tammany Parish.

"It's a pivotal infrastructure project for our parish," said Parish President Mike Cooper.

"The project has been highly anticipated. It's going to make a big difference for residents in this area," said Governor John Bel Edwards.

Edwards spoke during the ground breaking ceremony held Monday in Mandeville. It was originally supposed to be held in May, but was delayed several times because of COVID-19 and weather.

"Pat Brister, the previous president, was really strong on this project because she wanted to increase safety because of the number of motorist facing congestion on a daily basis," Edwards said.

The $113 million project is funded through local, state and federal money.

"The widening of I-12 is going to be so important to the people of St. Tammany for the growth and safety," Rep. Steve Scalise said.

The project is for a 9-mile stretch of I-12 that will be widened from four lanes to six lanes. It will be complete in 3 phases.

Phase One is already underway. It will widen I-12 from LA 59 to U.S. 190. That portion of the project includes 3 miles of pavement surfaces onto the median, overlaying existing lanes with asphalt, and installing concrete median protection. The project also includes widening the bridges over U.S. 190, the Ponchatolawa Creek and the Tammany Trace bike path.

Phase Two is set to begin in several weeks and will take about two years. This portion widens I-12 from LA 59 to LA 21.

The final phase extends the widening of I-12 to LA 1077. That portion still needs funding.