During Bush's presidential campaign, Terral hosted a fundraiser in her New Orleans home and George HW and Barbara Bush were the guests of honor. 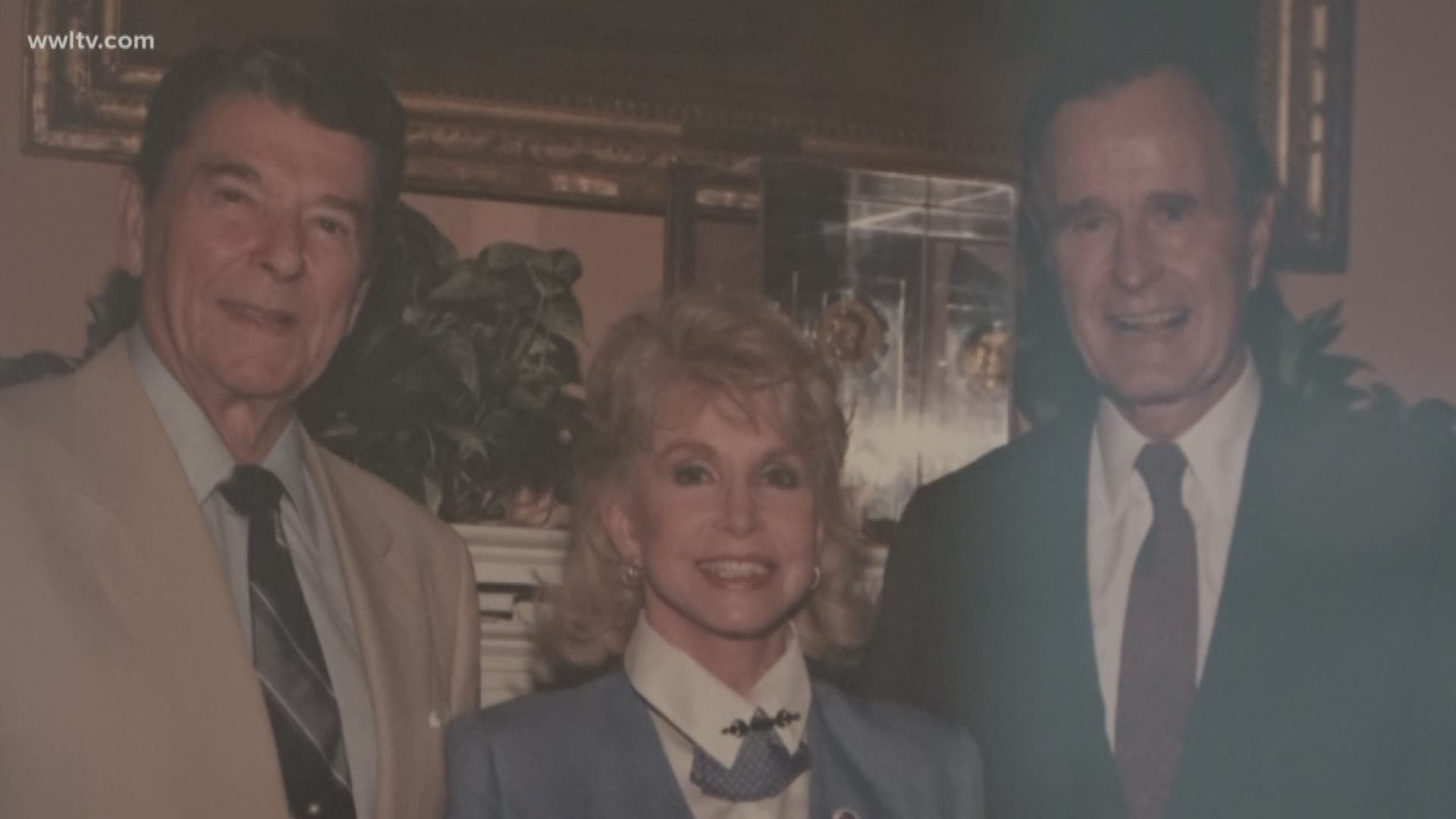 COVINGTON - Adorned on the wall of Mitty Terral's Covington home are framed memories from times she spent with George H.W. and Barbara Bush and Ronald Reagan. Terral remembers HW and Barbara like it was yesterday.

"Both had a wonderful sense of humor, but most of all I was impressed with their integrity," Terral said.

During Bush's presidential campaign, Terral hosted a fundraiser in her New Orleans home and George HW and Barbara Bush were the guests of honor.

"It was quiet an exciting evening to say the least with lots of hovering helicopters and entourage and lots of police escorts," Terral said.

Despite his status, Terral remembers how HW Bush made a point to make everyone in her home feel included.

"Although very accomplished he was certainly a humble man, a very kind man, he took time out to give a lot of attention to my little grandchildren and on departing he invited them into the limo so they could see what a presidential limo looked like," Terral remembers.

"I received a 2 page hand written thank you letter and I was just surprised he took the time to do that," Terral said. "He was a wonderful person."

Now she's left to remember a man she believes put his country and his family first.

"I think he was just a man of great character," Terral said.